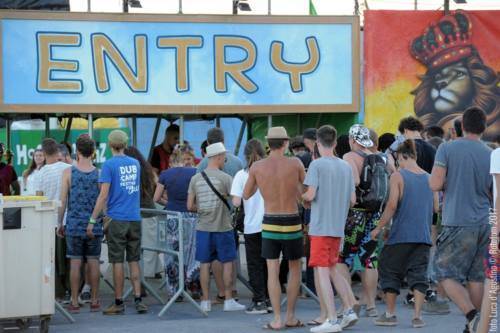 SUMMER FESTIVALS IN THE VALENCIA REGION 2018 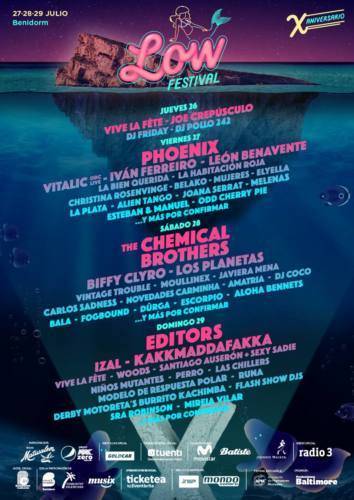 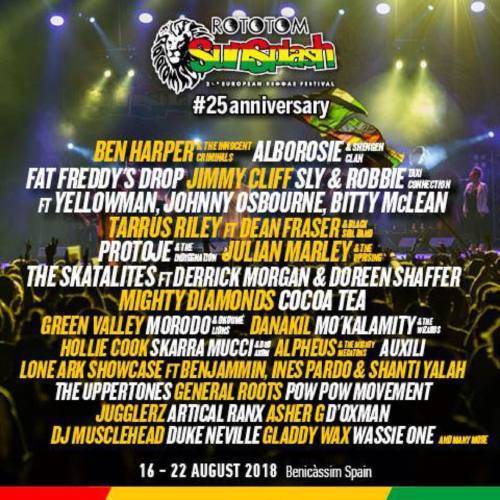 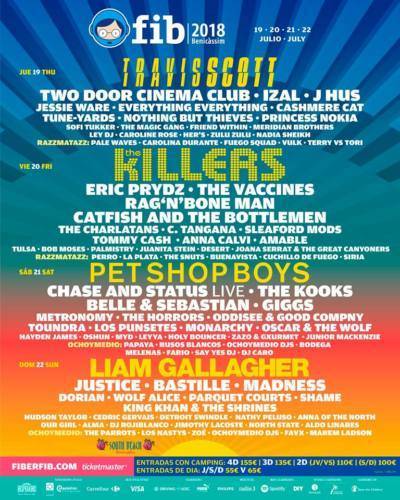 This year Valencia has not only taken the national lead in the sheer amount of talent and variety of its festival offerings. After many years of looking in awe and a touch of jealousy at Barcelona, Bilbao and Madrid when we wanted to look for the big names on the international music scene…we now need to look no further.

By the time this article goes to press, we will have been through the first edition of 4EverFestival at the very docks of la Marina Sur. ElectroSplash have moved down to the capital from their regular venue of Vinarós beach and set up shop at the shores of the Marina and the Malvarrosa Beach.

Without trying to be comprehensive in the absolutely stunning display of talent present in Valencia this summer; The Prodigy, Simple Minds, The Cult, Manic Street Preachers, Kaiser Chiefs alongside electronic legends Marshall Jefferson from Chicago, Culoe de Song from South Africa and 2manyDJs from Belgium will have warmed up the dancefloors pegged to the Valencia Marina / beach area, and this has only been a warm-up!

As far as sheer star power is concerned, FIB aka Festival Internacional de Benicàssim, from 19-22 July is just an hour´s ride up north from Valencia and will again deliver with theme-based nights. Headliners include Killers, Liam Gallagher, Travis Scott and Pet Shop Boys, with some of the regular favourites from the overwhelmingly English-speaking campers, Bastille, The Vaccines, Madness, Catfish and the Bottlemen, Belle & Sebastian to name but a few of the return artists. See fiberfib.com for more info…

Low Festival, held in the vacation spot of Benidorm from 27-29 July will feature The Chemical Brothers, Los Planetas, Phoenix and Scottish rock legends Biffy Clyro, who have been one of the most spectacular live bands to have shaken up Spanish and expat partygoers in the last few years, making it from the early hours of secondary stages of rock festivals to being headliners at the major crossover events:lowfestival.es

To show how deeply imbedded some of these acts are in the local scene, Los Planetas already featured as headliners at the very first edition of FIB in 1995 held at their old venue of Velódromo de Benicàssim and have stood the test of time.

As far as local Valencian initiatives go, 2018 has kept up some of the traditions of the past few years, like the Concerts de Vivers series as part of Feria de Julio held in the Viveros Gardens of Valencia. Emir Kusturica & No Smoking Orchestra will open up the vast folkloric talent of the Balkans on 5 July. Latin legend Ruben Blades plays on 10 July. Spanish star Niña Pastori on 17 July and Caetano Veloso on the 19 July. These artists are all holding the promise of being a must-see, once-in-a-lifetime experience. We must not forget rock veteran Rosendo on 27 July and Iván Ferreiro on the 13 July. All the way from Colombia, check out Bomba Estéreo with their dance tropical & electro cumbia on 18 July. To give us a taster of what’s to come later on this summer, Ky-Mani Marley will showcase the Rototom Sunsplash festival with some reggae on the loose on 21 July at Viveros:concertsdevivers.com

Lovers of music from around the world should get to the Iboga Summer Festival from 25-29 July with Soviet Suprem, Julian Marley & the Uprising, Lucky Chops, Fatoumata Diawara, La Caravane Passe, Eskorzo, Balkan Bomba and many more: http://www.ibogasummerfestival.com/

Rototom Sunplash will take place in Benicassim from 16-22 August, with Orishas as featured artists alongside some of the biggest names in reggae like Jimmy Cliff, Sly & Robbie ft Yellowman and many more and you can enjoy different genres of music too. It’s a festival where the hard-hitting sun can be easily eased with a quick stroll down to the local beach by day. Rototom is more than just Europe’s prime reggae festival but also has a strong focus on its famous social, intercultural, artistic and community spirit: rototomsunsplash.com

On the other hand, and especially on the electronic front, there has Valencia has experienced a major shift in its focus and that focus has been towards the sea, to be more precise, finally taking advantage and use of the installations of the Marina Norte and Marina Sur. If one takes a stroll down the Marina area, it is hard to pass a weekend without running into a live event, some of them, like The Basement´s 360º party stage set up seaside as well as occasional special events held at the Akuarela Playa facilities have drawn a steady following.

Others, such as Palau Electrònic, at the very terrace of the Palau de la Música have combined the impressive modern architecture the city has to offer with the most innovative sounds, provided by local talent, with the budding SieRRRa label taking the lead, as well as inviting top DJs from the Berlin club scene. The electronic offering of the coast will be topped off with Medusa Sunbeach in Cullera between 8-13 August: www.medusasunbeach.com

Check out Dreambeach Villaricos from 8-12 August as an alternative a bit further down the coast:www.dreambeach.es
So, get your sunscreen out and your latest pair of sunglasses and hats and raise them in honor of a great summer ahead! See you in front of the stage and on the dancefloor! Summer is on!