You are here: Home  /  food and drink  /  TEN FINALISTS BATTLE IT OUT IN THE FINAL OF THE SOM ESMORZADORS COOKING COMPETITION
food and drink 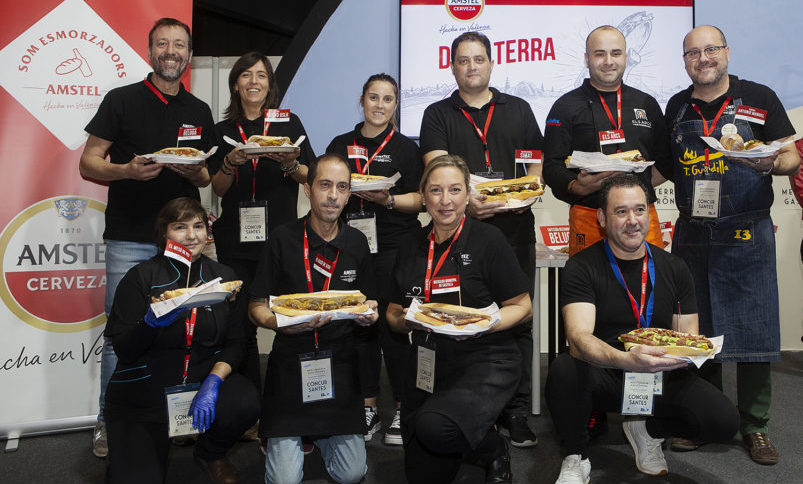 In Valencia’s La Feria exhibition centre, Amstel’s live cooking competition  to create a new Valencian sandwich that displays all the most authentic values of the Valencian gastronomic culture, reached its delicious conclusion

La Gastrónoma, the Valencian high cuisine showcase, was the stage for the live cooking competition this week, surrounding the tradition of l’esmorzar, one of the most popular and authentic Valencian traditions. As one of the judging panel replied when asked how important this tradition was, “the whole world stops and we all go out to eat.”

Hams and cheeses, fish, eggs, vegetables and meats of all kinds sizzled on the grills, accompanied by a wide variety of sauces and breads. The smell was intoxicating and you could smell the wonderful aroma of 100 metres away. All recipes used locally sourced products and techniques to showcase true Valencian cuisine

Out of the 200 restaurants of Alicante, Castellón and Valencia only 10 remained in the final after a final tally of the online votes cast over the month of October. In the show cooking section of the gastronomy fair, all the finalists carried out and defended their recipes before a panel of judges presided over by Ricard Camarena, double Michelin Star Chef, Green Michelin Star holder and owner of the eighth best vegan restaurant in the world. Alongside him were master beer maker Rafa Sánchez, Fernando Durà, member of the executive commission of  the Union of Ranchers and Farmers, and Ana Torres, representative of the ‘Dones Esmorzadores’ collective.

The judges based their decisions on criteria such as; the use of local products, the inclusion of traditional combinations in an innovative way, the originality of the combination of ingredients and the ease with which this recipe could be replicated so as to become an iconic sandwich, available in every bar, restaurant or café at lunchtime.

Let’s meet the contestants, shall we?

As a member of the press I was lucky enough to try all these amazing sandwiches which I now have the honour of presenting.

Continuing on the theme of meat, horse was the unlikely star of  Mesó de Pep’s (Catadau) entry. This came with tomato, chips and homemade aioli. This was my personal favourite out of all the sandwiches I tried, even though, much like the consumers of Tesco’s beef burgers circa 2013, I didn’t know I was eating horse. Pork sirloin was the protagonist of the Bar del Mercado de Castilla’s (València) creation, with fried golden onion, serrano ham and cream cheese. Els Arcs (L’Alcúdia) put forward a sandwich of boneless, marinated chicken thighs cooked over hot coals and combined with fried green pepper and aioli. Last but certainly not least, La Pitti (València), gave us a combination of bacon, fried egg, paté, fried onion, lettuce and mayonnaise

The winner of the #SomEsmorzadors competition will win the Premi Especial Amstel Cacau d’Or 2022, which will be awarded on the 26th of November. In addition they will receive €1,000 of Amstel beer, €3,000 towards decorating their establishments and a gift basket worth €200.

Now I know what you’re all thinking. I’m hungry now; I want to make one of these sandwiches. Well, you’re in luck. All the recipes are on the Som Esmorzadors website. This is a chance to try different recipes, engage in a tradition that all Valencians regardless of age or income practice and judge for yourselves which one should become the new Valencia “De La Terra” sandwich. However Ricard Camarena and associates will have the final say. If you fancy trying the sandwiches as made by the chefs themselves, the locations of all the finalist restaurants are also available on the website.

For recipes and locations see: somesmorzadors.com 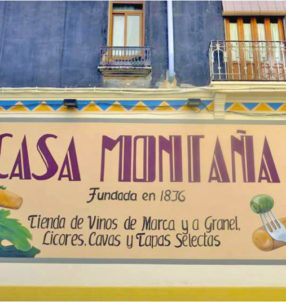