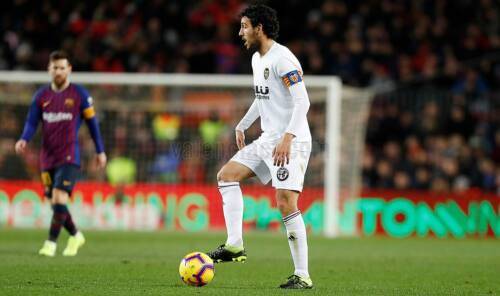 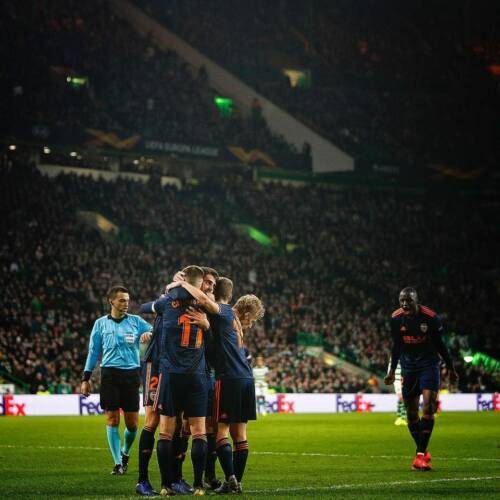 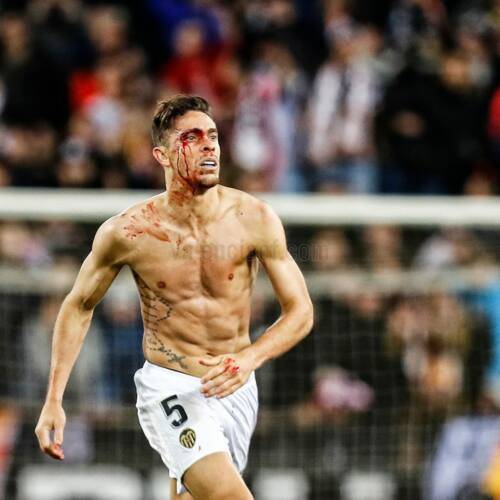 
At the beginning of the season everything seemed ‘tickety-boo’ for Valencia fans. The team were coming back after a campaign that had delivered Champions League Football. They had also played creative, inventive soccer that had captured everyone’s imagination. True, Simone Zaza would not be returning but Gonçalo Guedes and Geoffrey Kondogbia would. Surely, the new striking partnership of Michy Batshuayi and Kevin Gameiro would match or even surpass Zaza’s contribution to the team.

The club’s centenary year was also on the horizon. So, what better way to celebrate than winning their first meaningful trophy since 2008. Little by little, the pre-season enthusiasm drained as performances waned. Knocked out at the group stages of the world’s greatest club competition and draw after draw after draw in the league left supporters crestfallen. A rotation system that was inexplicable at times increased the frustration. The bitterest pill of all to swallow was the lack of goals Valencia were scoring. Batshuayi and Gameiro flopped match after match, whilst Simone was languishing in the Torino reserves. By Christmas, annoyance had turned to anger and Marcelino’s job looked to be on the line as the white handkerchiefs became increasingly prominent at home games.

January came and plans for mass celebrations in 2019 got a lukewarm response. A celebration of a hundred years of history was being overshadowed with a poor end to 2018 by a team that was underachieving. A league title was as good as gone and even a European place for next season looks difficult to obtain. Yes, Valencia were still in the European “bridesmaids” competition but a difficult draw against the Scottish champions Celtic would be tough to overcome. Even if they did, then the likes of Inter Milan, Arsenal and Chelsea were lurking in the wings for Los Che at the business end of the Europa League tournament.

Undoubtedly, Valencia’s best chance of a trophy was the ‘Copa Del Rey’. The draw had been kind to the team in the opening rounds. Victories over CD Ebro and Sporting Gijon had given Valencia a match up with Getafe in the quarter finals.

The team from the South of Madrid play just like the 1980s Wimbledon team from the South of London did. They conceive to turn a match into a bitty, messy, scrappy contest, taking every opportunity to stop the game to deprive the opponents any fluidity or momentum. They even have their own version of the Wimbledon’s ‘Crazy Gang’. Cabrera, Cristóforo, Arambarri all play the game to within an inch of the rule but Uruguayan Damián Suárez frequently oversteps the mark.

Given license to exploit the legal loopholes the rules allow by their coach Jose Bordalás they thrive on boos and whistles from the opponents’ baying fans. They would win Oscars for their play acting that makes Rivaldo’s World Cup fall in the 2002 World Cup against England look innocuous and their off the ball antics would make their national team mate Luis Suárez proud.
The problem is that their tactics are very effective. Leading 1-0 from a feisty first leg at the Coliseum Alfonso Pérez, Getafe arrived at the Mestalla on the 29th of January knowing the reception would be hostile. Heated arguments between the managers in the press beforehand had already ensured that.

First blood went to the team from Madrid, as within a minute they had stunned the home crowd by taking the lead through veteran striker Jorge Molina. Valencia now needed to score three to proceed to the semi-final stage.

With such a cushion to play with, Getafe reverted to style and stopped every threatening Valencia attack with cynical tackles. By half time, five of the visiting team were in the notebook of Señor Fernández.

A focused and gutsy Valencia came out in the second half determined to upset the odds. Wave after wave of thwarted attacks on the Getafe goal only increased the singing of the vociferous Curva Nord home supporters and the rest of the stadium willingly obliged in unison… as the decibels inside the stadium rose.

The hosts thought they had equalised in the 53rd minute when Santi Mina blasted a shot past the Getafe keeper Chichizola. A VAR (Video Assisted Referee) review seemed to take an eternity to complete. When the news did come through from the offices in Madrid, it annulled Mina’s effort. Lesser teams would have crumbled at that setback. Instead, it only inspired the Valencia players to work harder and harder. The Mestalla responded magnificently to their brave performance and the team were rewarded when Rodrigo scored a legal goal just after the hour mark to level the contest. However, it still left “Los Murcielagos” two shy of qualification.

As Valencia poured on the pressure, Getafe got increasingly desperate to hold onto their lead by fair means or foul. Unsurprisingly, a red card was produced to Djené with 17 minutes to go. This and some timely substitutions by Marcelino proved pivotal. A tiring Getafe reached the 90 minutes on equal terms, only to find seven minutes added to the game.

Miraculously, Rodrigo hit the visitors with a one-two sucker punch in the 92nd and 93rd minute to give Valencia a deserved victory and spark amazing scenes on the Avenida de Suecia that went on well into the night. Unfortunately, Getafe blotted their copybook even further with their part in a brawl at the end of the contest that continued well into the tunnel. It required the intervention of the National Police. The upshot of that unsavoury event was a further four players were given their marching orders. Diakhaby of Valencia, and the Getafe trio of Damián, Jaime Mata and Bruno González can expect lengthy bans from the Spanish football federation as a result.

All the Valencia players were heroes on the night and the fans urged the team on with every pass and recognised the effort the players were putting into the fight back. It was perfectly epitomised by Gabriel Paulista. He left the field at the end of the match with a bloody face and bruised body that has not been seen on a football field since the likes of Terry Butcher in an England shirt in 1989.

The semi-finals beckon against Real Betis and the dream of a trophy, in Valencia’s anniversary year, continues to remain alive and kicking.

Barcelona are one of the other Copa del Rey semi-finalists and were Valencia’s next opponents at the Nou Camp… after the draining Getafe game. The visitors were two goals to the good before the Catalans reduced the deficit with a penalty just before half time. Only a piece of sublime magic by Messi in the second half prevented Valencia securing all three points.

These latest performances from Valencia have reignited the fire in the bellies of the supporters and everyone seems to be back on side with Marcelino, Rodrigo, Parejo and the rest of the team. What a difference a month makes!

Meanwhile, Levante UD continue to occupy a mid-table position. Although away games at Atlético Madrid and Sevilla have yielded no points in the New Year, their home form has been solid and produced a win against Valladolid and a draw with Getafe. The acquisition of Valencia’s Rúben Vezo, until the end of the season on a loan, should help to shore up the defence and ensure they stay well clear of any relegation dogfight.

Anyone wishing to watch football in Valencia can obtain tickets from the box offices of both clubs. Further information can be found on the following websites:
www.valenciacf.com
www.levanteud.com