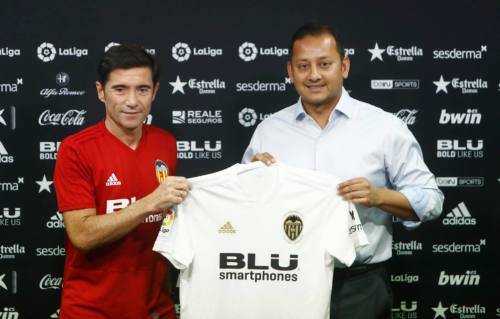 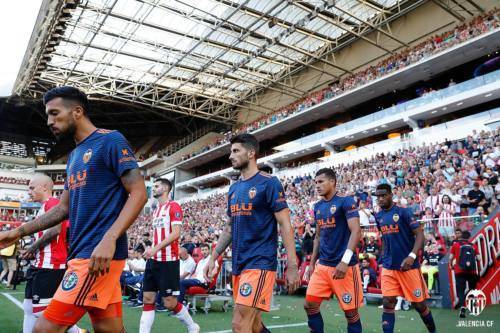 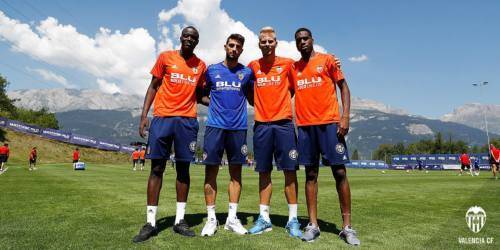 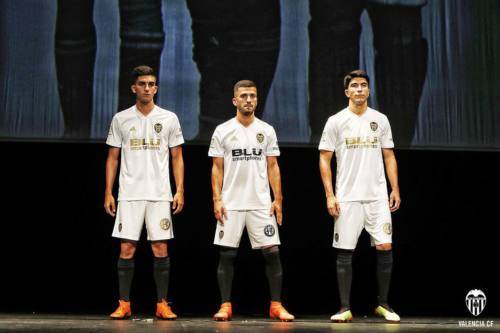 The World Cup may be staying in Europe but players from this city’s two professional clubs made little impact for their respective countries in this year’s competition.

Rodrigo Moreno was Valencia’s sole player in the Spanish squad and looked a potential starter for the team until a management switch just 48 hours before Spain’s first game with Portugal. Julen Lopetegui’s agreement to manage Real Madrid, once the World Cup had finished, left the Spanish Football Association alarmed at the timing of the announcement on the one hand, and furious at the underhanded way the decision was made on the other.

In a knee-jerk reaction that was more political than sensible, the likeable Basque was immediately replaced by the former Real Madrid and Bolton favourite Fernando Hierro. His preference for Diego Costa, Iago Aspas and Marco Asensio up front ensured Rodrigo fell down the pecking order in Hierro’s plans. Late, late substitute appearances against Iran and Morocco and an extra-time replacement, for Asensio in the 103rd minute against Russia, gave Rodrigo very little opportunity to make his mark on the tournament.

Paris Saint Germain and Valencia continue to lock horns over the future of Gonçalo Guedes. He currently remains on the French club’s books but Los Che continue to look to find ways to ensure the Portuguese star dons the Valencia shirt again next season. The fact his performances in the World Cup were mainly uninspiring may play into the Spanish club’s hands, in warding off other potential suitors.

Jefferson Lerma was Levante’s only representative at this year’s World Cup. He played the full ninety minutes in Columbia’s loss to Japan, but had to settle for two substitute appearances in the other Group games against Poland and Senegal. He was then recalled to the starting line-up for the knock out stages and the game against England. On the hour mark Lerma made way for Carlos Bacca. Ironically, the latter went on to miss one of the penalties in the shoot-out… that saw England continue its run in the competition.

Players from both Levante and Valencia who were not involved in the quadrennial event will now return to their respective clubs for pre-season training. Levante UD actually started back on July 5th and manager Paco López will be hoping his team produce the kind of performances that saw his team beat Barcelona at the end of the season 5-4 on a more regular basis. The club have triggered the buy-out clause on Erick Cabaco for two million from Club Nacional de Football of Montevideo and Coke has also joined from Schalke 04. The cultured left winger Rubin Rochina has also signed from Ruban Kazan on a three year deal, after the Sagunto born starlet impressed at the back end of last season on a loan spell.

The club are again offering a free season ticket for the 2019/20 season for any “abono” who attends all 19 league games and if the club stay in La Liga. To date they have over 15,000 season ticket holders for the coming season, many of whom have capitalised on this excellent incentive that started last year.

Anyone wishing to see ‘Los Granotas’ play before the season starts, can take a trip down to the Pinatar Arena in Murcia where they will play Bournemouth on Friday 20th June. Kick off time is 20:00 hours. They then go to Holland for a four match tour against PEC Zwolle, Feyenoord, Utrecht and SC Heerenveen before heading back to Spain for away games in Albacete and Zaragoza.

Meanwhile, Valencia are shaping up nicely for one of the biggest seasons in their history. 2019 will be their centenary year and fans and players alike will be hoping that at least one meaningful piece of silverware comes their way. All eyes will be on Monaco on the 30th August when the Champion’s League group stage draw takes place.

The fans will also be buoyed by the fact that Geoffrey Kondogbia is now officially a Valencia player and the club have also invested heavily in another Frenchman, Mouctar Diakhaby, from Olympique de Lyon. The under 21 year old defender has signed a five year deal with the club. Another international, the midfielder Uroš Račić has also joined from Red Star Belgrade, and in an ironic twist, he could be vying with his Serbian team mate Nemanja Maksimović for a starting place. With the situation regarding Guedes in the balance, the club have also been eyeing and linked with Kevin Gameiro and the Celta Vigo duo Daniel Wass and Iago Aspas.

The first two seem to be very close to signing on the dotted line if the local media are anything to go by, whilst the approach for Aspas may not gain momentum until the impending transfer of Simone Zaza to AC Milan is done and dusted. Two players who have definitely headed out of the Mestalla are Joao Cancelo and Zakaria Bakkali. Not surprising really as both were out on loan for the majority of last season. Cancelo has joined Juventus whilst Bakkali is back in his home country, having put pen to paper with Anderlecht recently. Aymen Abdennour and Nani should also be off the Valencia payroll by the time the season starts.

One worrying factor is the amount of youngsters attached to the Valencia Mestalla squad that are heading out or possibly moving on. Eugeni has already signed for La Liga newcomers Huesca, and the Nachos (Vidal and Gil) have both been heavily linked with Deportivo La Coruña. Fran Villalba looks to be moving on loan to Numancia for the season, whilst wonder kid Kangin Lee is being hounded by Real Madrid. Finally, Valencia have lost the very talented youngster Harvey Neville (son of Phil) who is now turning to Old Trafford in the hope of emulating his father and uncle.

To date, Valencia have confirmed one home game so far in the pre-season. This year’s Trofeo Naranja(the 47th) will be against Bayer Leverkusen at the Mestalla on 11th August, 21:30 hours start. They will also have a short tour of England when they will play Leicester on the 1st August and Everton on the 4th.

Further celebrations and surprises are sure to follow in 2019 as the club look to make their centenary year a date to remember.

John Howden
Anyone wanting to buy tickets for Valencia or Levante games can do so by going to the ticket offices at the stadiums or through their respective websites.
www.valenciacf.com
www.levanteud.com