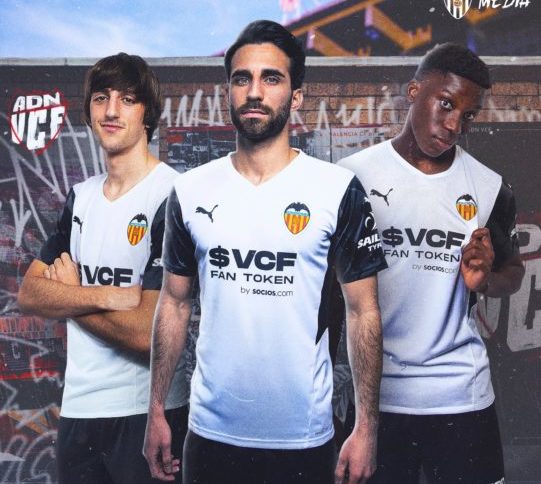 #Anchored in a disappointing mid-league table position at the end of December, it was not surprising that Valencia CF were one of the more active clubs in Spain that did transactions in the January transfer window. On paper, the general consensus is that they have done good business. The club have brought in four players, all with international experience despite having youth on their side.

Eray Cömert is the oldest of the quartet at 24 and comes on a permanent deal from Basel for a rumoured fee of  800, 000 Euros. Comert has already played seven times for Switzerland and was part of their national team that reached the last eight of the 2020 European Championships. A defender, of Turkish descent, he has signed on a three and half year contract. He will look to establish himself in the centre of the defence, competing for one of two spots with Paulista, Diakhaby and Alderete.

Valencia have also made the intriguing loan signing of Iliax Moriba. Despite being born in the Republic of Guinea, he spent the majority of his youth career in Catalunya, first with Espanyol, and then across the city at FC Barcelona. Considered the teenage jewel in the crown at the time in the La Masia, his performances with Barcelona B led to a permanent deal with the Spanish giants and a 100 million Euros buyout clause, that stunted serious interest from Manchester City and Juventus.

He played 14 times for Barça, including a Champions League appearance  against Paris Saint-Germain in March last year. A few months, later he joined Leipzig. Failing to settle in Germany, he has only played twice for the East German side, despite his 16 million price tag. If Valencia do end up buying the Guinean international in the future, Barcelona will bag 10% of any transfer fee.

A really exciting loan deal for Valencia fans sees the Spanish international Bryan Gil return to play his football in the country of his birth. The Catalan has had an unhappy time in London, with Tottenham Hotspur, and Los Che beat a host of other clubs vying for his signature. An out and out left winger in the style of Vicente Rodríguez, fans will be hoping the left flank of Gayà and Gil can combine well together at a team level sufficiently for Luis Enrique to consider it as an option for the National team in the World Cup in Qatar.

The fourth signing was activating the buy-out clause for the Georgian goalkeeper Giorgi Mamardashvili from Dinamo Tbilisi. The young shot stopper impressed sufficiently pre-season to start the first La Liga game this campaign in August against Getafe. Since then, he has dropped down the pecking order… but still very much remains an integral part of the plans of José Bordalás.

Numerous players also vacated the Mestalla, with arguably the most noticeable sale being that of Daniel Wass to La Liga rivals Atlético Madrid. The likeable Dane has been seeking a move to the Wanda Metropolitano for a while. He finally got his wish, with Valencia CF  pocketing  two million  and seven hundred thousand euros in the process.

Others to move on include Jason and Manu Vallejo who have joined Deportivo Alaves on a permanent and loan deal, respectively.

Cristiano Puccini joined Red Star Belgrade not long after the January window opened and two other youngsters were allowed to go out on loan to other clubs, to gain valuable experience in competitive games. Jorge Sáenz has headed to the province of Burgos to play for CD Mirendes, whilst Cristian Rivero is heading to the Comunidad de Madrid to try and help Alcorcón strive off a serious relegation threat.

Meanwhile, Levante UD have had a much less hectic January. Their sole significant purchase has come in the shape of Martín Cáceres. The Uruguayan international, who has played over 100 times for his country joins on loan from the Italian club, Bologna, and he will add much needed experience to the defence of Los Granotas.

With previous knowledge of La Liga, after spells with Villarreal, Barcelona and Sevilla he seems to be a good acquisition for Levante. Surprisingly, given their precarious league position, they did not make more forays into the transfer market.

On the pitch Valencia have had a poor start to the New Year, gaining only one point from the possible nine. Two visits to the capital ended with losses against Real Madrid (4-1) and Atletico Madrid (3-2). Sandwiched in between, Valencia shared the spoils with Sevilla at the Mestalla in a 1-1 draw against the Andalusians.

The most recent La Liga game was a drab, goalless stalemate with Real Sociedad. Two poor misses by Maxi Gómez and two great saves by Marmardashvili would be a fair synopsis of the game. The biggest cheer of the day came when David Silva entered the field of play, in the second half. Rapturous applause rang around the ground, welcoming back the former Valencia favourite who is now back in Spain, in his first season with the San Sebastián club.

There have been wins for Valencia in January however, as the club continue to quietly progress in the Copa Del Rey. Victories away from home against Cartagena (2-1) and Atlético Baleares (1-0) set up a home quarter final clash with Cádiz. The match with Cádiz was a feisty affair. With Diakhaby and Juan Cala on the same pitch again. After last season’s allegations of racism, there was always going to be tension. It was Diakhaby who would have ended the contest the most satisfied, as his team won the contest 2-1 and Cala got sent off in the process.

Valencia’s reward for reaching the last four is a two legged match up with Athletic Bilbao with the first leg in San Mamés. Rayo Vallecano will entertain Real Betis in the other semi-final.

Over at Levante UD, their first game of the New Year resulted in a five goal battering at Villarreal. A home win against Mallorca rekindled hope for their faithful fans.  However, they failed to build on that result by losing out to relegation rivals Cádiz in their next home game. Then, they got comprehensively beaten in the South of Madrid, by Getafe CF, a couple of weeks later.

Things are beginning to look increasingly gloomy for Levante and a change of fortune sooner rather than later is a must if they are going to stave off relegation.