You are here: Home  /  Sports  /  VALENCIA FOOTBALL…EXCITING TIMES FOR THE CITY!
Sports 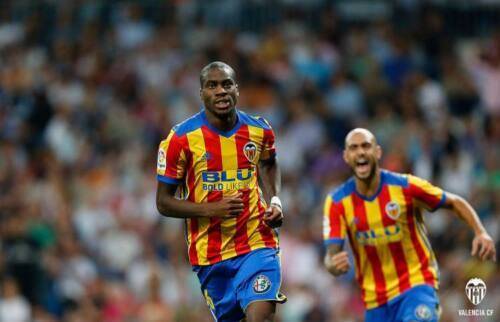 VALENCIA FOOTBALL…EXCITING TIMES FOR THE CITY! 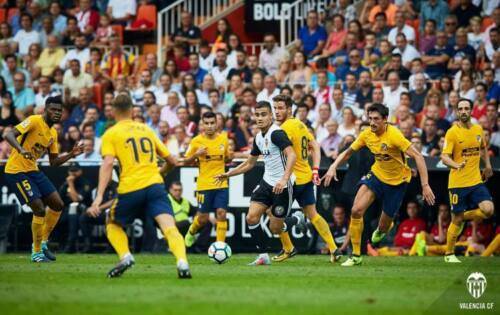 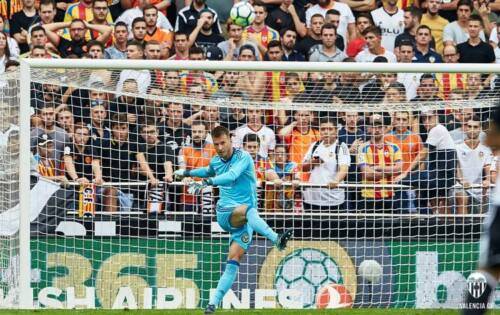 With both Levante UD and Valencia CF once again in the top tier of Spanish football, these are exciting times for the city of Valencia on the sporting front. Levante have celebrated their return to La Liga with a fantastic promotional offer for fans. Anyone buying a season ticket this year will receive a free one next year if they attend all league games and the club stays in LaLiga Santander. This deal has swelled the number of socios dramatically at the Estadi Ciutat de València. Their support has been instrumental in helping the club secure four points from their opening two league games at home to Villarreal and Deportivo de La Coruña, respectively.

Meanwhile, over at the Mestalla, there has been a massive transformation of playing staff during the summer months. The new manager Marcelino has started well with a successful pre-season that included wins at Bournemouth and Werder Bremen. The only defeat in the build up to the new campaign was in the Trofeo Naranja against Atalanta of Italy. New signings during the summer that arrived in time for the opening league game against Las Palmas included Juventus reserve goalkeeper Neto and the Serbian youngster Nemanja Maksimović…from Astana in Kazakhstan.

The Brazilian Neto started the match against the club from the Gran Canarias whilst the Serb had to be content with a place on the bench. Los Che also named João Cancelo in the side, at the player’s request, despite a verbal deal to see him head imminently to Inter Milan. Las Palmas are always difficult to beat and they started brightly, looking to repeat their 4-2 victory from the corresponding opening fixture at the Mestalla last season. However, it was Valencia who took the lead in the 22nd minute when Zaza placed the ball perfectly with a stroked shot from just outside the area, after great approach play by Carlos Soler. The major talking point of the game came when the referee Gil Manzano gave a straight red to Halilovic on the half hour mark for a crunching tackle on Gaya. It looked a harsh decision that astounded the Croatian and infuriated the Las Palmas bench, who were right in front of the incident. With the numerical advantage, Valencia pressed for a second which never materialised. Equally, Las Palmas offered little danger up front and the game ended with a precious three points for Los Che. At the final whistle all eyes turned to Cancelo, who was in tears in the centre of the pitch. Having been at odds with the Curva Nord last season, it was good to see those same fans give him a rapturous ovation has he departed the field in a Valencia shirt for the very last time.

With an opening day victory behind them, Valencia continued to work feverously to do deals before the close of the Spanish transfer window at midnight on September 1st. The former Villarreal and Arsenal defender Gabriel Paulista and Colombian international Jeison Murillo from Inter Milan had already joined and got introduced to the fans at the interval of the Las Palmas game and both look good acquisitions. Gabriel and Garay could well form a partnership not dissimilar to that of Otamendi and Mustafi and Murillo has the tackling qualities that Valencia have been light on in recent seasons. Murillo is only the third Colombian to grace the Valencia shirt, Victor Aristazábal and Dorlan Pabon were the previous two but both failed to live up to expectations. The departure of Cancelo also brought French International Geoffrey Kongdogbia from Inter Milan to the club. The strapping midfielder is renowned for his ball winning abilities, and he is also versatile enough to play as a central defender or left back.

Murillo and Kongdogbia both made their debuts in Valencia’s second league match, a game with Real Madrid in the Estadio Santiago Bernabéu.The current league champions were without two of their main talismans, Sergio Ramos and Cristiano Ronaldo, who were both suspended. Madrid started aggressively and it was no surprise when the current wonderkid of Spanish football, Marco Asensio, put the hosts into the lead. However, within eight minutes Valencia were back on terms with a goal that had been groomed on the training grounds of Paterna over the last ten years. Pedreguer born Gaya played a ball inside the Madrid defence to Toni Lato. The Pobla de Vallbona native then cut the ball back to the onrushing Carlos Soler and the home town youngster made no mistake in planting the ball past Keylor Navas.

Unsurprisingly, Real Madrid responded well and Benzema missed a number of golden opportunities to put his team in front. Valencia continued to remain positive and took the lead in the 77th minute when Kongdogbia finished off a bright move to cap a very impressive debut.Unfortunately, Los Che could not hold onto the three points as that man Asensio pounced again, netting a free kick from just outside the area with seven minutes remaining. Benzema should have won it at the death but his free header from inside the six yard box was miraculously turned onto the post by Neto. A precious point as Valencia headed into another tough encounter after the international break, this time with Atlético de Madrid at the Mestalla. For this game the club was also able to call on their deadline day signings, Gonçalo Guedes and Andreas Pereira. A determined display was shown by both sides and the match ended 0-0.

Guedes is only 20 and has already made appearances for the Portuguese national side. He is on loan for the season from Paris Saint Germain and should be an ideal replacement for Nani, who has left to go to Lazio in Rome. Pereira comes highly recommended from Manchester United and none other than Juan Mata thinks he will add an extra dimension to Valencia’s midfield. Familiar to La Liga fans, the Belgium born youngster who represents his father’s homeland of Brazil, had a spell on loan at Granada last season. The opening two games for both Levante and Valencia have reinvigorated the hopes of both sets of fans for successful seasons and the games in the coming weeks will be a good yardstick to see if this renewed faith is misplaced or not.

John Howden
Anyone wishing to buy tickets for games for Valencia and Levante can visit the box offices at the grounds or visit the respective websites for further information.
www.valenciacf.com
www.levanteud.com
BUY TICKETS FOR A MESTALLA FOREVER TOUR HERE:https://aravolo.com/es/247valencia.com/mestalla-tour/
All football photos are copyright Valencia CF