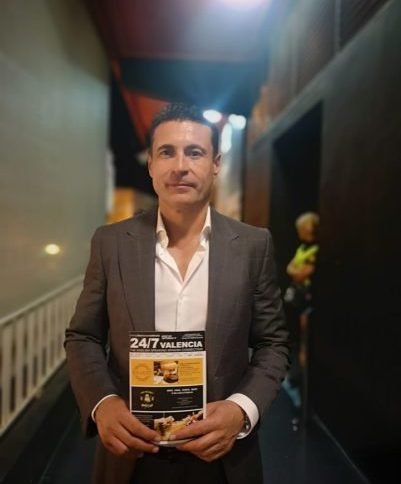 ##In reaction to an interview VCF owner Peter Lim gave to the ‘Financial Times’, former President of Valencia CF Amadeo Salvo has called for the departure of Lim and Meriton from Valencia CF:

“Since 2017 I have remained silent in the hope that finally you, Mr. Lim, could understand and lead Valencia as it should be led, but like any Valencianista I observe that the contempt for our club is growing every day.”

“After your unacceptable statements in the Financial Times you have filled my cup of deep indignation. These statements reflect your lack of humanity and ignorance and love for your club. Only a person like you could go so far as to express that the goal as owner of Valencia CF is to do “networking”. Now we understand more about your nefarious management.”

“You have not understood nor do you want to understand anything about how a club of the history and greatness of Valencia CF is built. and not because no one has explained it to you, but because your pride and arrogance do not let you see the most basic thing, which is the immaterial love and feeling for an institution that is above all of us who love it and have guarded it, for better or for worse, for more than 100 years.”

“In 2014 you acquired 70% of an institution with serious economic problems, but you forget to say that it was an institution full of life, hope, united and with enormous desire to grow, which trusted you so that Valencia could overcome its difficulties. Do you remember what was the commitment and the contract you signed? I perfectly remember your words in our meetings, I remember your Christmas video of 2015, I remember the press conferences…. Here we remember everything he committed to, where is his word and dignity? He not only lied and deceived me and the members of the Foundation, he did it with all Valencianistas. His level is of such magnitude that he has forgotten, or surely does not want to understand, that a club is built first from values and community. Without taking care of these two basic pillars, nothing works.”

“Did we Valencians not manage the club well? Surely at certain times it was not the best management, but it was undoubtedly infinitely better than yours. Not only we have to analyze the balance sheets and sports results (which are some of the worst in history) but the respect for the fans and their values does not exist. Is this your good management Mr Lim? The one of the worst economic balance sheets, sporting failures and of the worst feeling and contempt for the fans?”

“Since I left the club I never spoke to you again, but I would like to be able to speak just once more to simply say, adios. I hope and wish it will be very soon.”

“I have a doubt. In your outrageous statements in the Financial Times you talk about meeting with club owners who are kings, sheiks, businessmen and mafiosi? Where do you fit in?”

“I end with another of the pitiful statements we have read in the aforementioned media where you say that “the smallest things (referring to the fans) are the ones that generate the biggest headache. Once again you confirm your total ignorance of how soccer works and how a club is managed. Your arrogance and selfishness have been a constant insult to the club and the sentiment of an entire community.”

“Anyway, here we effectively give him all the reason…. We Valencia CF fans also wonder how such a “small” owner can give us such a big headache”.