You are here: Home  /  Sports  /  VALENCIA FOOTBALL…SPECIAL TIMES AT THE MESTALLA
Sports 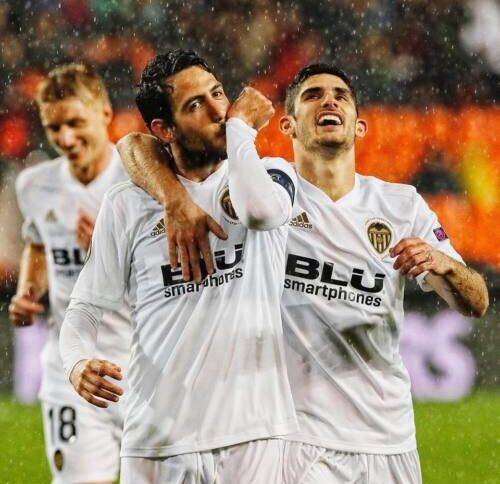 VALENCIA FOOTBALL…SPECIAL TIMES AT THE MESTALLA 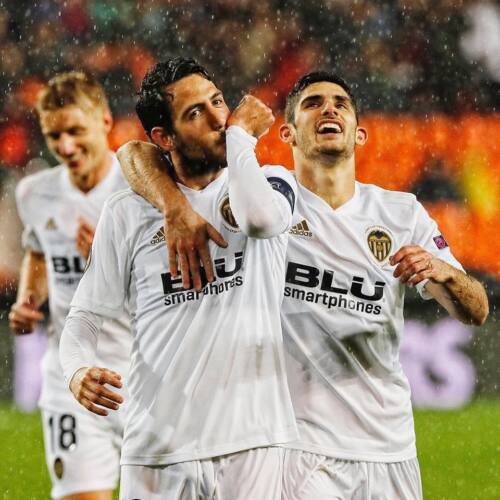 ##It seems that Valencia have turned the corner since the New Year. Indeed, they may have that spectacular season all their fans are craving for in their centenary campaign.

Even the Spanish team has visited the Mestalla to help celebrate the club’s one hundred year history. A European qualifier against Norway was the present of the RFEF (Real Federacion Española de Futbol) and local interest was piqued further with the inclusion of Dani Parejo and Rodrigo and in the starting line-up. Both acquitted themselves well and the Valencia striker even managed to get on the score-sheet in the 2-1 victory over the Nordic country.

The March celebrations continued the following day when a match between Valencia legends and Spain legends took place. The match brought back many of the favourites from different eras in the club’s history as players such as Kily González, Cañizares, Pep Claramunt, Albelda and Vicente graced the hallowed Mestalla turf once again. Even the legendary kit man ‘Españeta’ got a look in and was given a place in the VIP box for the day.

One notable omission at the party was Gaizka Mendieta. He was already committed to another Legends event in China. This led to talking points among the supporters as to how well the event had been organised, and why Mendieta was not included in any of the associated celebrations even if he could not play in the legends event itself.

Fans have also been critical of the ticket allocation that Valencia has received for the Copa Del Rey Final and the distribution process by the club. It seems highly unlikely that anyone without a season ticket will receive the opportunity to buy direct from the club as the demand and season ticket holders outweighs the 21,400 allocation for the match in Sevilla on May 25th.

The fans anger at the process led to a silent demonstration by the ‘Curva Nord’ during the Real Madrid contest. Off the back of an impressive win away to arch rivals Sevilla, one would have expected a vociferous Mestalla for one of the highlights of the season.

The section of the Mestalla that always produces the majority of the noise behind the North goal had stubbornly decided not to chant in the first half of the game. This defiant approach, by a normally loud & loyal group of fans, led to a subdued atmosphere in the stadium for the majority of the first half. The players did well to concentrate and the confidence in the team was noticeable for all to see as Valencia took control of the game.

Wave after wave of attacks by the hosts were finally rewarded in the 35th minute.  Guedes lashed a right foot shot from just inside the penalty area, which evaded the outstretched hand of Kaylor Navas and nestled into the right hand corner of his net.

The opening goal, in front of the Curva Nord, ensured their ‘omertà’ was broken as they forget themselves and joined in the raucous celebrations along with the rest of the stadium.

The home side continued to press and look to get the second goal before the interval. Kondogbia volleyed just over the crossbar and Rodrigo very nearly doubled the lead with an exquisite curling shot that floated just wide.

The second half started with the ‘Curva Nord’ looking to make up for lost time and the decibel levels rose extensively in the stadium. However, so did Madrid, as they upped their play and began to share possession with the home side.

Despite parity in midfield, it was Valencia who created the more telling opportunities and the reward for their endeavour came late on in the game when they got their second goal.

Ezequiel Garay, who had played 25 times for Real Madrid, soared above everyone to head home direct from a sublime Dani Parejo corner.  This gave Valencia a two-goal cushion against his former club.

Benzema got a late, late consolation for the visitors but it was Valencia’s night and they fully deserved their victory. Madrid look a shadow of the team that won the Champions League the last three seasons. Without Ronaldo, Zinedine Zidane will have his work cut out to achieve the same type of success, in his second spell in charge of the club, as he did in the first.

The Europa League draw for the quarter and semi-finals took place recently as well and Valencia were in the pot with seven other teams after the amazing contest with Krasnador of Russia that saw Valencia go through with literally the last kick of the game.

An excellent piece of refereeing by the Englishman Anthony Taylor, giving advantage to Valencia, allowed Kevin Gameiro to get to the by-line and pull the ball back to Guedes. The young Portuguese star showed maturity beyond his years by not shooting immediately with his preferred right foot but allowing the ball to run through onto his left foot. This created sufficient space for him to evade the defender and drag a shot into the bottom corner of the goalkeeper’s net.

The “never say die” attitude of the team kept them in the competition and they have been rewarded with a two- legged tie against local neighbours, Villarreal. Victory over ‘The Yellow Submarine’ would line up an encounter with either Arsenal or Napoli in the semi-final. In the other half of the draw are Chelsea, Eintracht Frankfurt, Slavia Prague and Benfica.

The club itself have now just broken a 77 year milestone by going on a 17 match unbeaten run that no other side in the top ten European leagues can currently match. Although Stade de Reims, Eintracht Frankfurt, Barcelona and Liverpool do run ‘Los Che’ close…it is not since the Copa Del Rey first leg with Getafe in Madrid on January 22nd that Valencia have lost a competitive match.

Whilst Valencia has continued to strive forward, Levante UD are seriously stuttering and getting closer and closer to the relegation places.

Both sides meet at the Mestalla on April 14th but Levante fans will be looking at their home games with Huesca, Espanyol and Real Betis for the required points to surge up the table of La Liga.

Anyone wishing to get tickets for Valencia or Levante games can do so by visiting the box offices at the ground or through their respective websites.