You are here: Home  /  Sports  /  VALENCIA FOOTBALL…STILL ON TRACK
Sports 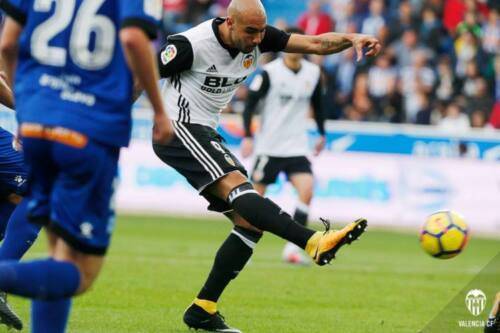 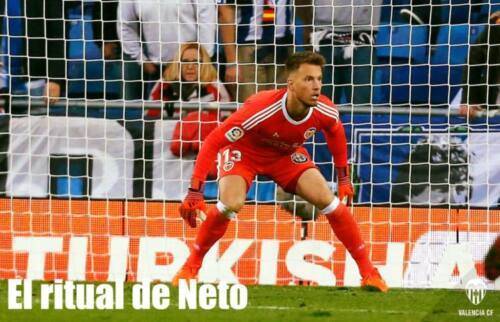 Valencia look to be entering into the La Liga winter break still on track and in a powerful position despite losing their unbeaten record, in early December, at Getafe.
The start to this league campaign is the best for the club since the 1943/44 team took 32 points from their opening 14 games. Their ten wins, two draws and two losses equates to just one point more than the current squad at the same point in the season.

The little hiccup at the Coliseum Alonso Perez came after two back-to-back performances against the two Catalan giants, Espanyol and Barcelona.
At the El Prat Stadium, Valencia faced several familiar faces. Both Javi Fuego and Pablo Patti started in the Espanyol initial eleven and their coach Quique Sanchez Flores was in charge at the Mestalla from 2005-2007.

The visitors started sluggishly and were lucky to go into the dressing room at half time level, after both Gerard and Sergio Garcia had hit the Valencia posts with fine strikes in the first period of play.

The second half saw Valencia take a greater grip on the game and a moment of quality from Kondogbia gave Los Che the lead. The French international reacted quicker than Piatti to a defensive clearance from Espanyol. He then created enough space for himself to curl the ball just inside the right hand post of Pau Lopez.

Valencia secured the three points late in the game when Santi Mina latched onto a defensive error by Victor Sanchez and then finished clinically, when one on one with the keeper.
And then … Barcelona came to town. With the Mestalla sold out for the first time this season, the anticipation was high. Marcelino was banished to the stands after his sending off at Espanyol. For Barcelona, Pique was suspended after another yellow card at Leganes had pushed him past the sanctions mark.

Before the game the whole stadium paid tribute to the club’s ex-president Jaume Orti (who had passed away during the week) with a minutes’ applause. Orti was at the helm during the successful Rafa Benitez years and was arguably the most popular of all the past Valencia kingpins. His trademark celebration was to don an orange wig with the club’s triumphs. During his three year tenure, Valencia won two league titles, the UEFA Cup and the European Super Cup.

The first half saw Barcelona in complete control and lamenting the fact that a perfectly good goal was not given on the half hour mark. A mediocre shot from Messi was spilled inexplicably by Neto, and to all inside the stadium except the referee and linesman, looked to have fallen well over the goal line.

However, Ignacio Iglesias Villanueva saw it differently and waved away the mounting protests of a mass of ‘Blaugrana’ shirts. This led to controversy after the game, the upshot of which is that the video review system will be used next season in La Liga for such instances.

The second half was a different affair, and Valencia came to the party. On the hour mark Rodrigo put the hosts in front. The move was textbook Valencia this season. Guedes attacking the defender, giving Gaya space for an overlap on the left hand side. A well-timed pass from the Portuguese youngster put the Valencia left back in behind the defence to pull the ball back to the incoming Valencia forwards…in this case, Rodrigo. The Mestalla erupted as the Spanish international outpaced Vermaelen and poked the ball home.

The celebration was equally delightful. The striker made a beeline for the 14 year old ball boy David Vassilev who was feverously plucking out an orange wig from a nearby plastic bag. The Valencia Infantil A player handed it over to the striker and the iconic picture that was on the back pages of the world’s newspapers was created.

Rodrigo later explained he had bought the wig earlier in the week after meeting and speaking with Orti’s family and had asked the ball boy to give him the wig if he scored. ‘Bonico’ (Orti’s nickname – Mr Nice Guy) would have enjoyed that.

Alas, Valencia were not able to hang on to the victory as former favourite Jordi Alba denied the home side three points. Latching on to a sublime pass over the top of the defence by Messi, the speedy little left back produced a spectacular volley to give the Catalans a share of the spoils.

The remaining seven minutes saw both sides have chances and with the last kick of the game Zaza had a chance to win the game for the hosts. Casi casi….

December started with the tough encounter at Getafe and the loss of Valencia’s unbeaten record. To be fair, Valencia did not play well and Getafe got their tactics spot on. The pitch was not complimentary to the visitors playing style and the hostile approach of the hosts was evident from the kick off.

As early as the 25th minute the most lenient referee in La Liga David Medie Jimenez had punished Arambarri with a second yellow card. With nearly three quarters of the game remaining the odds were heavily against a Getafe victory. However, the side from the Madrid outskirts got lucky when a deflected shot wrong footed Neto, to give them an unexpected lead on 66 minutes.
Valencia searched in vain for an equaliser but found Guaita in fine form against his old club. The travelling fans left the capital disappointed and frustrated knowing it was a dropped chance on closing the gap on the league leaders Barca, and establishing breathing space between the chasing pack.

Looking to get back to winning ways, Valencia then edged the game with Celta by the odd goal in three with a determined and forceful performance.

Leading from a Zaza glancing front post header from a Parejo corner going into the break, they were immediately pinned back at the start of the second half when they fell foul to the poaching instincts of Celta’s in form striker, Aspas. The Spanish international was the first to react to a deflected shot and slotted home from close range after the home defence had failed to clear on several occasions.

With the crowd getting increasingly nervous and frustrated, the referee gave the home side a silver lining by awarding a penalty late in the game that many of his peers would not. Parejo saw his poor effort squirm under the body of the Celta keeper and creep over the line to the huge relief of the home fans.

With Eibar away and Villarreal at home left to play before the winter break, the signs are good that the team will occupy an automatic Champions League spot at the enforced interval.
Levante UD continue to flirt with danger in the bottom half the table. A fine win against relegation strugglers in Las Palmas was the highlight of the month for their fans but the way their capitulated at home to Atlético Madrid would have been a major worry.

However, Levante did manage to join Valencia in the last 16 of the Copa Del Rey. Levante’s reward for disposing of Girona is a match up with Espanyol. Valencia also have a kind draw, being paired with Las Palmas. Both are drawn away initially with the exact dates yet to be determined.

Finally, there was some good news for Levante fans as they have the current bragging rights in the Ladies derby, having come from behind to beat Valencia ladies 3-2 in early December.

John Howden
Anyone wishing to get tickets for Valencia or Levante games can go to the box offices at the stadium or visit their respective websites:
www.valenciacf.com
www.levanteud.com