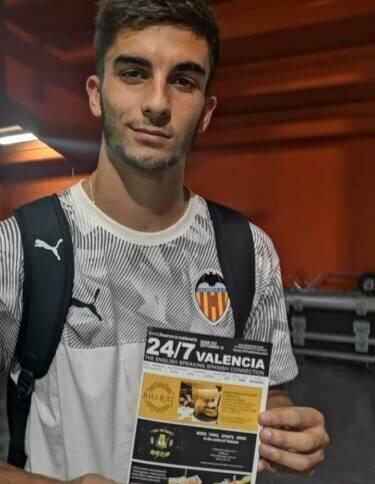 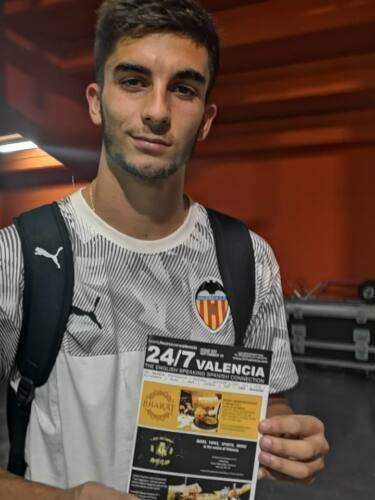 ##With twelve games of La Liga now completed, Valencia sit in a mid-table position that is healthier than it first suggests. They are only five points adrift of the top of the table and are seemingly treading water, neither dropping down nor gaining ground on a potential Champions League spot. Indeed, they are only eight points clear of a relegation spot as unfashionable teams continue to eke out unexpected results against the La Liga giants Barcelona and Real Madrid.

Recent league games have seen Valencia play in patches but be mundane for large parts of matches. A plethora of injuries and disciplinary sanctions have undoubtedly played a part in the inconsistency the club has shown on the field of play but the signs are there that, post-Marcelino; things are getting back on track.

Albert Celades has gone quietly about his business despite the behind-the-scenes turmoil and the protests towards the owner. The likeable Catalan was rewarded with his first home victory in charge against Alavés. One of the recent positives for Los Che has been the goal scoring form of Maxi Gómez. Once again, it was the Uruguayan who gave Valencia the lead by latching onto a nice through ball from Rodrigo… before placing the ball back across the goalkeeper’s right into the bottom corner of the net.

The home side doubled their lead in the second half with a penalty won and converted by Parejo. A clumsy challenge by the Basque keeper on the Spanish international, when there appeared to be no danger, gave the Valencia captain the opportunity from 12 yards out. His “Panenka” style finish brought relief to the watching faithful but the fans still had to endure a nervy few minutes of injury time, after Lucas Perez reduced the deficit. In truth, Valencia deserved the victory against an uncreative Alavés but sloppy defensive errors continue to plague their play, and a more ruthless opponent would have capitalized on these errors.

Such teams would be Atlético Madrid and Sevilla, who were two of the three clubs next up on the league radar after the International break. A trip to the new Wanda is not the same as heading to the “spit and sawdust” atmosphere of the Vicente Calderón but more like the “suit and tie” environment of the Bernabeau. As a result, it does not have the same appeal as it once did to many football aficionados.

The worry would be a “New Mestalla” would detract in a similar fashion, but Atlético seemed to have adapted to the change of venue quickly enough. To come away from the capital with a point is always pleasing. The home side dominated the first half and went into the interval a goal to the good, courtesy of a VAR assisted penalty that Diego Costa duly accepted.

Little by little, Los Che entered the fray in the second half and levelled thanks to a pearl of a free kick by Parejo that Ronaldo and Roberto Carlos would have been proud of. A few scares late on but most fans would consider this a point gained.

Equally, supporters would consider the home draw with Sevilla as two points lost, although the Andalusian side was the better team for three-quarters of the game. Struggling until the final twenty minutes of the match, Valencia were lucky to be only one goal down at that stage of the proceedings. The introduction of the forgotten man Rubén Sobrino changed the pattern of the game and nine minutes from time the burly centre forward glanced home a neat header from a pinpoint Parejo cross. Stalemate once again for Valencia who neither gained nor lost ground on their rivals, just continued treading water…

In between the games with Atlético and Sevilla, came one of the low points of the season… a comprehensive 3-1 drubbing in Pamplona against Osasuna. They are one of the surprise packages of the season. Valencia’s most recent away day was a trip to Barcelona where they clawed out a victory at El Prat/Cornella against Espanyol after being a goal down. A converted penalty by Marc Roca on the half hour mark was nullified by Parejo’s penalty twenty minutes from time. Valencia took ascendency from this point on and were rewarded with the full three points when Maxi Gomez connected with a tantalizing Rodrigo cross, to fire a bullet header past the Espanyol keeper with just ten minutes remaining.

On the Champions League front, Valencia were playing catch up with Chelsea and Ajax after round three. Chelsea won in Amsterdam to put both Ajax and the team from London on six points each. Valencia should have joined them on the same number of points but a last gasp equalizer by Ikoné in the sixth minute of injury time in Northern France gave Lille a share of the spoils, to leave Los Che two points behind in third spot.

The fourth round of matches brought the French to the Mestalla. With typical Gallic flair and poise, they posed a major threat to a sluggish Valencia early on and took a first half lead when Parejo dithered on the ball and was tackled just inside the opponents’ half. The ball ricocheted back towards his own goal, creating a defence-splitting pass the Valencia captain would have been proud of in the other direction. Victor Osimhen then outpaced two Valencia defenders and won the one on one with Cillessen, by slotting the ball through the goalkeeper’s legs.

Several wonder saves by the Lille keeper kept the score in their favour until, midway through the second half; the home side got a penalty that was hotly disputed by Lille. An age went by before the Valencia skipper was allowed to step up and take the penalty, but when he did he brought his “Panenka” style penalty to the Champions League stage and gave the hosts parity.

From then on, Los Che became irresistible. Wave after wave of attacks led to further goals from Rodrigo, Kondogbia and local boy Ferran Torres as the last ten minutes of play showed the true potential of this young team. The final score of 4-1 did the Valencia’s goal difference a world of good and could be pivotal in the final standings as Chelsea and Ajax played out a crazy 4-4 draw that leaves all three clubs with seven points each, with two games in the group stage remaining.

With Chelsea to come to Spain and Valencia to travel to Amsterdam, Los Che have arguably their two most difficult matches to come. If they can replicate the final few minutes of the Lille game on a regular and consistent basis, they are a match for any club side in Europe.

Over at Levante UD, they are still celebrating a wonderfully deserved home victory over Barcelona. Despite going a goal behind to a Messi penalty, three second half goals from Campana and Mayoral and Radoja sent the Alboraya faithful home deliriously happy. With a win away in San Sebastián against Real Sociedad the week before, the team from the North of the city are currently equal on points with Valencia. Fans already have the Valencia derby pencilled in their diaries when the two teams will play at the ‘Estadi Ciutat de València,’ which will be on the weekend of the 7th/8th of December 2019.

Anyone wishing to watch football in Valencia can obtain tickets from the box offices of both clubs. Further information can be found on the following websites: