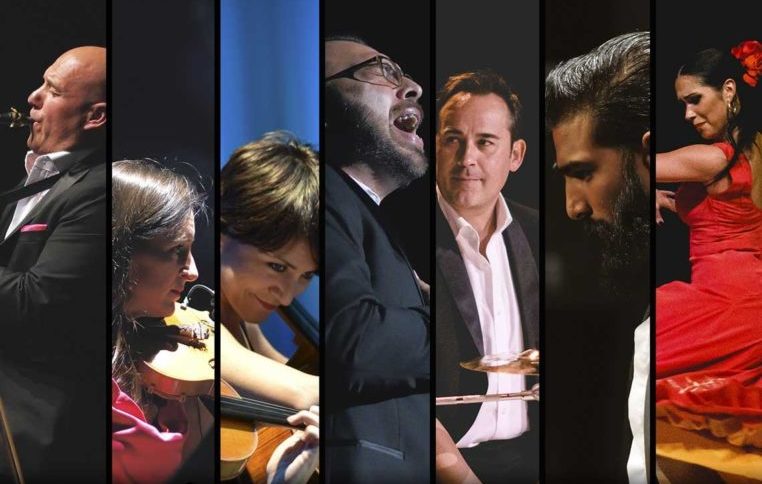 ’24/7 VALENCIA’: Hello Pepe, it’s great to speak with you. To start, please give us a short introduction to your music with ‘En Clave de Clot’. Tell us the story of how you formed.

PEPE OF ‘EN CLAVE DE CLOT: “En Clave de Clot is a group of musicians, dancers and singers that was born from the desire to merge two totally different styles of music – classical music and flamenco – while maintaining the purity and emotion of both.”

What inspired you to combine classical music with flamenco? “It wasn’t really my own inspiration, since I was not part of the group initially. It arose from a musical restlessness in the streets of the emblematic neighbourhood of El Clot in the Cabañal district of Valencia, by Lola Bendicho, Enrique Jiménez and Juan Giménez – members who are still part of the group today.”

Why was it important for you to include the element of flamenco dance in your concerts? “Dance is an element that gives a visual colour in all its movements. Wrapped in gestures, steps, and touches made with care, it can transmit your sensations and experiences.”

And for your most recent music, what was your inspiration? What message do you want to share through your music? “The show is surrounded by mystery, contrasts and different rhythms that oppose each other. Thanks to this we will visualize, throughout the concert, a variety of ‘palos’ (styles) that continuously express the feeling that the artists want to evoke on stage.

Our inspiration is to merge the essence of classical music and flamenco. With this new show, we go a step further and advocate the blending of musical chords with a fragrance representative of the land to evoke soundscapes transmitting the purest of both styles. Dancing and singing to the beat of bulerias or soleás sung by a heart-breaking voice, full of feeling.”

Do you think there is something in common between the two styles of music – something in technique or in spirit? “I personally believe that all styles of music arise or are created through the principles of classical music. Flamenco was born from the mixture of many cultures in the 18th century with music, dance and singing as a base.”

‘En Clave de Clot’ has been playing music together since 2015, what has kept you playing music together for so long? “The compositions of En Clave De Clot are unique and produced between all of us. It is a good example of our commitment and shows that we all enjoy preparing the songs and the concerts, which is reflected up on the stage.”

How does it feel to play live music again after a time impacted by the coronavirus?  “Well, it’s hugely satisfying to be able to express and transmit what all musicians like the most, which is making live music. Even more so when it is part of the Festival of ‘Panorama  Flamenco’ in  ‘Teatre Talia’. I’m very excited and am looking forward to the day.”

A seven-piece group formed in the neighbourhood of Clot in Cabañal, Valencia, ‘En Clave de Clot’ has performed together since 2015 in various theatres, festivals, and cultural venues. Their combination of classical string instruments with emblematic flamenco sounds and dances… creates something that is very Valencian in its openess, in that it strives to keep each musical legacy alive.

‘Raíces de Nácar’ or ‘mother of pearl roots’ is a show which grew and blossomed out of the soil of their previous works, ‘Siete Lunas’ and ‘Arco y Tacón’. The title ‘Raíces de Nácar’ has strong metaphor for the group. The roots allude to what grew between flamenco music and classical music within ‘En Clave de Clot.’ The mother of pearl is a material present in each instrument of the group.

With their mixture of flamenco dancers, guitar, strings, saxophone, percussion, and voice, this is sure to be a concert full of passion and feeling. Travelling across eras of music and honouring them all, ‘El Clave de Clot’ brings the spirits of classical and flamenco music together… in a musical embrace.