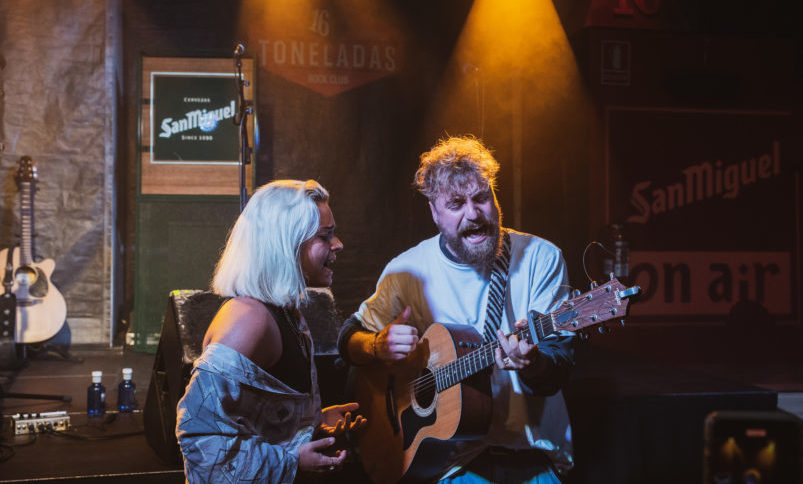 San Miguel On Air, which began yesterday at ’16 Toneladas’ of Valencia, is a monthly circuit of concerts of different styles that will tour the main venues in the city.

With this cycle, the brand wants to show its commitment to concert halls and live music and make it a real experience for all restless beer drinkers!

Cervezas San Miguel returns to the music circuit in Valencia with the San Miguel On Air concert series, a monthly programme of live music in different venues and with various styles of music that will make the city vibrate more than ever.

With this initiative, the brand, true to its restless and non-conformist spirit, wants to continue its commitment to bringing the best music to different concert venues in the city, which are the ones that best know the tastes and interests of their audiences. The circuit will tour the Valencian venues and clubs Matisse, George Best Club, Madison, Paberse Club, Loco Club, El Volander, Kaf Café, Peter Rock Club, Radio City, Rock City, Electropura and 16 Toneladas.

To celebrate the return to activity of the Valencian venues after almost a year of restrictions that have prevented them from performing normally, on 4 October the brand presented the San Miguel On Air circuit at 16 Toneladas with a performance by Yoly Saa and Luis Fercán, Galician singer-songwriters and two of the most promising emerging artists on the national scene, who performed some of the songs they have together, such as “Pólvora Mojada”, “Galicia” and “Portugal”.

According to data from the Association of Music Promoters (APM), in 2020, live music in Spain collected 138 million euros from ticket sales, which was a 63% decrease compared to the previous year, and 11,851 concerts were held, 87% less than in 2019. This 2021, the live sector is still immersed in a complex context, although the industry is facing this complicated situation by developing new proposals that allow it to resume activity and introduce new innovative models [1].

The return of San Miguel On Air represents the brand’s commitment to the music circuit, concert venues, live music and artists in the recovery phase after the impact of the pandemic on leisure. It is precisely this love for music and for discovering what’s new in it, which allowed the launch of this space where groups and soloists find the perfect loudspeaker to take their music much further.

“At Cervezas San Miguel, we understand music as we understand our beers, as a way of discovering new things. That’s why we give a chance to all those flavours and sounds that are unique, different and special”, says César Hernández, General Marketing Director of Mahou San Miguel.

The complete calendar of the San Miguel On Air circuit in Valencia during the month of October is as follows. The concerts will have limited capacity and will have all the necessary security measures to deal with Covid-19 (use of masks, reorganisation of spaces, arrangement of the audience, distance between groups, access and evacuation protocols, etc.):