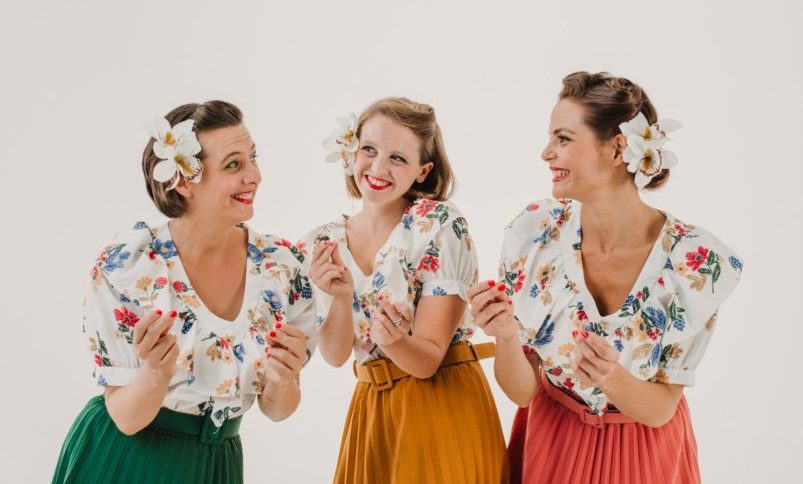 #’Dómisol Sisters’ is a band from Valencia that was formed eleven years ago, that focuses its repertoire on American music from the 1920s, 1930s and 1940s. The  group stands out for its concerts full of optimism and vitality that take the audience back to the ‘Swing Era’.

Evoking some vocal groups of that time, such as the Boswells or the Andrew Sisters, through close harmonies and a great prominence of the voice, they make a journey through all those classics that were heard on the radio in America in the 1930s & 1940s…

Dómisol Sisters have released a number of  albums including ‘Get on Board!’ in 2014 and ‘Take that Swing!’ in 2017 and ‘Smile’ in 2021. With  these albums, they have managed to make us travel back in time… to relive an era in which music filled life with joy. With their sweet voices and their staging, they delight lovers of swing and a very peculiar dance style. In 2021, ‘Dómisol Sisters’ have had a very busy and productive year and  now have a new mini-album out called ‘Xmas in Central Park’, which is available on digital platforms and physical formats. Regarding their new ‘Smile’ album, ‘Dómisol Sisters’ tell us that this album is available on CD and vinyl and 9 singles from the album are also available online too!