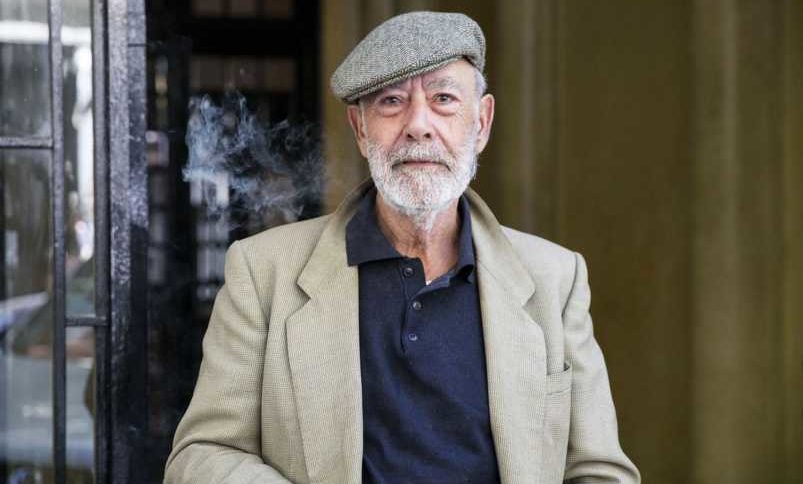 ##Born in 1951, Julio Bustamante is a Spanish musician, writer and cartoonist from Valencia. His father, Antonio Balanzá Farinós was an amateur musician and jazz chronicler and instilled in him a love of music. In addition to jazz, Julio listened to flamenco and more types of Spanish music at home in his teens. Jazz was his biggest influence until he discovered French chanson and the Beatles.

Julio Bustamante has been awarded ‘El Premio de Honor de la Música Valenciana’ by the Culture Department of the Generalitat. This was announced by the regional secretary of Culture and Sport Raquel Tamarit, accompanied by the deputy director of Music and Popular Culture of the Institut Valencià de Cultura, Marga Landete.

“Julio Bustamante is probably the most unique figure of the Valencian music scene.” stated Tamarit, “singer-songwriter, musician, writer and cartoonist. He was a pioneer, along with Pep Laguarda and Remigi Palmero, of the so-called ‘Mediterranean rock’ in the late 1970s” and added that “this cult author of ‘indie’ music, is still active and is well known for his desire to accompany musicians of younger generations.”

“He is the godfather of the independent pop-rock scene and it was necessary to do justice and recognize this guru of the music scene.”

“The musical world of Julio Bustamante never ends either, a well of emotions”, and the regional secretary concluded by thanking him for his work, “what you have done, what you do and what you will do.”

In 1973, he participated in the premiere of the rock opera “Tommy” in Valencia. In 1981, his legendary first album ‘Cambrers’ was released with his artistic name, Bustamante, which he used exclusively until the appearance of David Bustamante forced him to introduce his first name as well. That same year his novel “Una vez fue verdad” was selected for the Ateneo de Valladolid prize.

In 1992, Bustamante’s second album, “Ciutat Magnètica” (Picap discs), won the prize for the best album in Catalan on the “Diario Pop” programme on Radio 3.

In 1998. “Entusiastas” was released, an album that was chosen among the 100 best albums of Spanish pop by the magazine Efe Eme…

From 2010, there was a resurgence of Julio Bustamante’s popularity, especially in Valencia and Barcelona. That year, the album ‘Vivir para creer’ by Maderita was released, a collaborative project between Bustamante and members of the group ‘Ciudadano’. The good reviews of the album made several groups of the independent scene interested in his career and some of them organized concerts and tribute tours. In 2014, the group ‘La Gran Alianza’ made an EP of Julio Bustamante’s songs with the collaboration of the Valencian musician himself.

Julio Bustamente: “Not too much has been written… or more than too much… about love. In my first albums I didn’t deal with the subject, I tended to do more protest songs. As I got older, I realized that I shouldn’t be afraid of feelings. But I sometimes do use an impersonal tone. Since we’ve all felt the same way, the listeners know what I’m talking about. That allows you a certain distance to maintain some sort of humour in the process. If, in the end. you’re going to get what’s inside you… there’s no need to overreact. The lyrics and the score are there and everything is changed by the performance. It’s like shooting a film in colour or black and white. The script doesn’t change, but the story can change a lot.”

I always begin my songs with the lyrics. My parallel career as a writer is nothing more than a discipline for making songs. Each lyric is like a little film; I’m not looking for the ‘Julio Bustamante style’ at all. On the contrary, I prefer to go on holiday with the text.

I suppose that each artist transmits his grain of sand, his way of seeing the world and understanding music. In my case, it’s the lyrics of the songs, which is where all my personal baggage is expressed.

For me, making songs and music is a way of life. I think that, like any creative work, dedicating yourself to what you know best is something that always goes hand in hand with the person.

My constant aim is to improve myself as a writer of songs and stories and other things. To give a lot of importance to the literature within music, and also to a philosophy of life, to my way of approaching things. I always start from the text and I want to give each verse & chorus the music it deserves. With that approach I have learned a lot from music, of many genres, and I have met many musicians who have taught me a lot.

To a great extent, although I think that every time you get something you’re looking for, it’s just the door to new discoveries, which is what keeps you going with your five senses. That makes me feel very alive as a creator.

The song, the music is something with a very tribal origin, of sharing among all of us. It’s a very archaic ceremony. That’s why it’s a great vehicle for promoting ideas, new kinds of feelings and perspectives, which also ties in very well with the dissemination of literary gems, not just ideas. I’ve tried to adapt as many of them as I can.

Songs may sometimes seem throwaway but, nevertheless, they sometimes have within them a power to change things.

Music helps a lot to transmit the words from poetry. When you adapt texts, whether they are your own or someone else’s, you realize the importance of the rhythm of written language, which already has its music. From there it can lead you to a waltz or a bossa nova or a jazz piece or a purely folk song. It’s all in the rhythm of the words.

I found it very complicated when I was 14 or 15 years old to write songs when I first started out. In fact, it took me a long time to progress; I started to flow with it in my late twenties. It wasn’t as easy as I thought. I guess I started out like everybody else, doing versions of people from the pop and folk scene back then. I played folk for many years.

I have many musical influences, including Bob Dylan, Van Morrison, Françoise Hardy, Battiato, Antònia Font, Golpes Bajos… I’m interested in music that produces sensations and connects you with reality, not a reading of reality.

On the earlier albums I played with African musicians, which was a wonderful experience. Seeing the music from their point of view gave me everything: a song can be slow, pop or folk, but if it doesn’t have a tribal tempo, if it can’t be danced to easily, then it’s lacking life somewhere.

My first music-related memory would probably be of my father, who was a jazz drummer, playing at home with his sons watching and admiring him. He was the reason we listened to the albums of Ella Fitzgerald, Louis Armstrong, Count Basie, Elvis Presley, Bossa Nova… His work for us was priceless…he wasn’t a tutor or anything like that, he just breathed music.

Valencia has influenced my music without a doubt. It is quite a lovely city, it’s still very liveable. You can get around by bike; it has the beach and the mountains nearby. I feel very comfortable in Valencia.

In general, Valencian artists are very individualistic, we don’t like to be influenced by fashions and we go more towards a natural interpretation of things. In that sense, we are very creative: we very much defend what we are too. This is an advantage and sometimes also a way of being totally marginalized…”