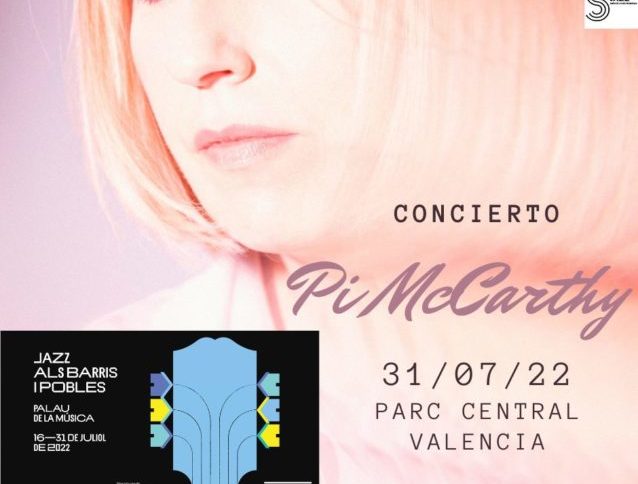 The Valencian singer Pi McCarthy released her first solo studio work in 2020… after more than 17 years in the world of music.

“Quietud” is a pop song with touches of jazz, Brazilian music and Mediterranean music, with the collaboration of the singer Lilian Vieira, vocalist of the legendary Brazilian electro group Zuco 103. A song that lays the foundations of Pilar McCarthy’s delicate and elegant style, in which her influences from the folklore of different countries can be heard…

This  first single of her album, “La senda del agua”, an album conceived between the Netherlands (where Pilar perfected her musical training at the prestigious Conservatory of Music CODARTS) and Spain, where she currently lives.

“La senda del agua” is an intimate album that, through delicate harmonies and elaborate lyrics, takes us on a personal journey through compositions full of life that sway among pop, jazz and world music genres.

The album, released by Valencia record label ‘Sedajazz’ Records, has been mixed by the well-known producer and musician Rubén García Motos, Malú’s musical director, and features the collaboration of great musicians such as Roqui Albero, a trumpet player who has worked with Jorge Drexler, among others.

Recorded between Dippel Studios (Holland), Matilda Studios (Madrid) and Jazztone Studios (Valencia), the mastering was done at Camaleon Music Studio (Madrid) by Shayan Fhati, who has worked with artists of the stature of Alain Pérez, or Antonio Lizana.

Pilar McCarthy graduated from the World Music department, specializing in Latin and Brazilian music at Codarts, Rotterdam Conservatory (Netherlands) in 2018. That same year, she was selected to participate in the International North Sea Jazz Festival, Rotterdam (New Talent Stage, Codarts) with her solo project.

She currently works as a singing teacher at the prestigious SedaJazz-Colectiu de Musics.

As for her musical career, she is part of the band Sonido Mestizo Nanai that has toured Spain, Portugal and France to present their album ‘Sonideros’ (produced by Andy Belmonte) and released by the record label Kasba Music.

In the last few years, she has played as a duo with the pianist and singer from Bermeo Amaia Izarzugaza with their intimate and personal Latin music project. She is also one of the vocalists of the Jazz band Swing DómiSol Sisters, accompanying them on a recent tour.

For more information or to arrange an interview with Pilar McCarthy:
Luis Fernández Phone: 696 89 60 36
Mail: mccarthycomunica@gmail.com