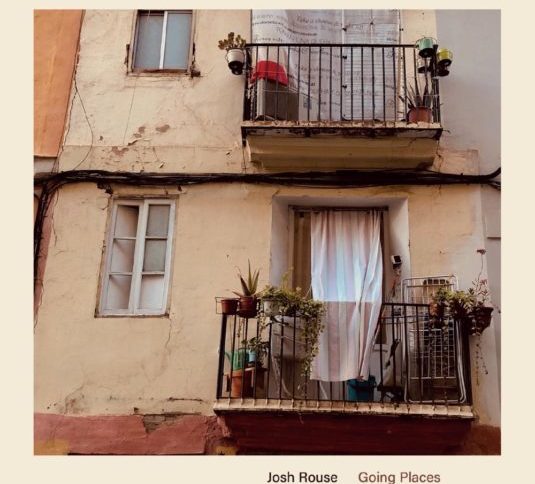 Based between Valencia and Nashville, the lauded folk & pop singer-songwriter Josh Rouse wrote the songs for ‘Going Places’,  during the pandemic in Valencia (Spain) whilst at home with his Spanish family in 2020 and 2021. He is married to Valencian artist Paz Suay and they have two children who were born in Valencia. The idea was to have a set of new songs to play in a small Valencia club called ‘Centro Excursionista’ run by a couple of his Spanish bandmates…

Josh Rouse reflects on the concept of this new album: “A couple of friends of mine – my Spanish band – bought a small venue, sort of like a 1950s American bar. I said, ‘Let’s get together and play some songs in the bar – something that feels good in a smaller room. Just toe-tappers.  A year later, after things opened up a bit, I said ‘Why don’t we just go in and I’ll produce it, and let’s just record these songs and see what happens?’ And that’s what the ‘Going Places’ record is- stuff that just felt good to play to a live audience.”

From Spain to the U.S.A. and back…there’s a laid back vibe on this album with acoustic guitars, some tasteful horns, twinkling keyboards, marimba, a touch of pedal steel, harmonica, the steady pulse of a solid rhythm-section, some memorable electric guitar hooks… and it makes for good summer listening too! Josh recorded and produced the record at his home studio in Valencia….

Listen to the album: https://music.youtube.com/playlist?list=OLAK5uy_kgmMZ5ENsSIOxO40p0FPOcnzt-hXhTQ3k