You are here: Home  /  Places  /  TRIP TO SAGUNTO FROM VALENCIA
Places 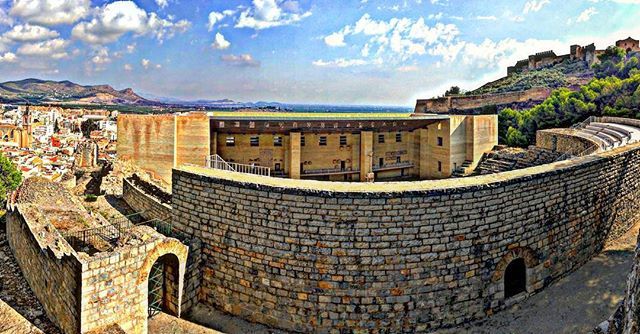 TRIP TO SAGUNTO FROM VALENCIA

##Located 30km outside of Valencia centre, Sagunt or Sagunto is best known for the remains of the ancient Iberian Fortress and the Roman City of Saguntum. Upon arrival, the remains of Sagunto Castle can be seen perched on the top of the hill and crowning the city below. It runs about 1km in length and is surrounded by well-preserved walls, dating from different periods and styles. Sagunto Castle was declared a national monument in 1931.

The Roman Amphitheatre sits at the foot of the hill and was built in the 1st century. It makes use of the concave shape of the mountain and has two semi-circular of seating dug out of the rock, with room to seat 6,000 spectators. The seats overlook a stage, which was originally over 50 metres long and 6 metres wide. The use of the mountain also creates exceptional acoustics, in summer artistic performances are staged during the ‘Sagunt a Escena’ Festival. The Amphitheatre was partially restored during the 20th century and declared a national monument in 1896.

The main old town of Sagunto is arcaded and leads up to the Jewish quarter and castle; it was the commercial and cultural hub of the medieval town. It preserves columns from the Roman age and the Gothic church of Santa Maria overlooks the main square. The City Hall stands with a neoclassical façade and narrow streets of whitewashed houses fill the city and lead from the town to the castle.

Just outside of the city, Sagunto Port and 13 kms of beaches and sand dunes can be found…to escape the heat of the city. Traditionally, the Port of Sagunto specialized in iron and steel products. Now, it has become more multi-purpose and dealing with natural gas, vehicles, containers and solid bulk. 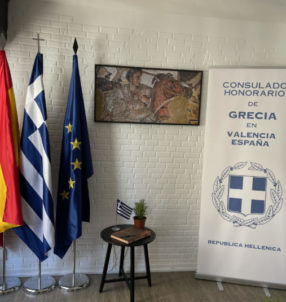 Inauguration of the Greek Honorary Consulate in Valencia on May 17th