You are here: Home  /  Music  /  VALENCIA MUSIC! SEBASTIAN LAVERDE AND THE BIRTH OF JAZZTONE
Music 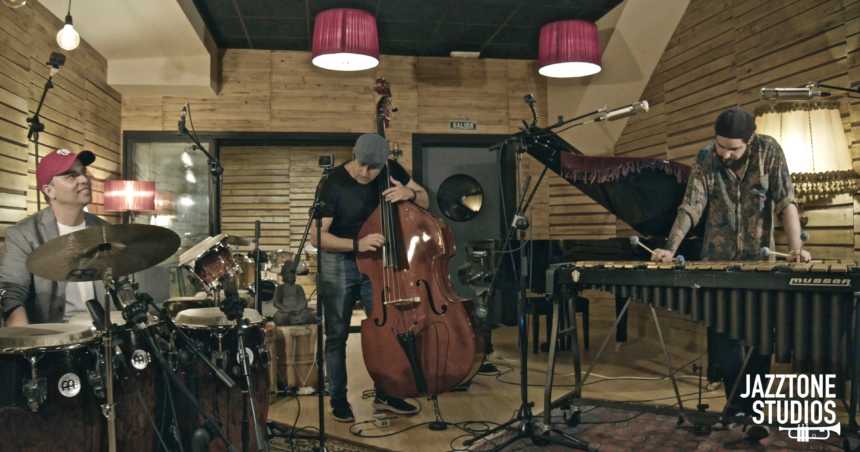 VALENCIA MUSIC! SEBASTIAN LAVERDE AND THE BIRTH OF JAZZTONE

##A smart and casually elegant man still in his early thirties, Sebastian Laverde has already covered more ground and amounted to more than most people, even artists, do in a normal lifetime. That said, he’s not one to rest on his laurels, but is constantly looking ahead. He knows what he’s going to do, and what he wants to do. Practically enough, it happens to be the very same thing: music. His own, as well as that of others – as a leader, sideman, producer, and/or engineer, depending on what the situation calls for.

Despite a busy schedule, he kindly took his time to spend a long afternoon coffee break (that turned into supper) with yours truly to share his story, his insights, and plans.

– I was born in Bogotá, Colombia, into a culturally aware family, and have been fond of music for as long as I can remember. On my mother’s side, my aunt Maria Isabel Saavedra happens to be the most recorded female songwriter in the history of our country, with many years in the domestic recording industry. So, you can say the influence was there from the beginning. I myself started out with a short romance with the piano, followed by a long relationship with drums and percussion, and then came a sudden crush when I discovered the vibraphone during a recording session in a Swiss studio named Royal Studios, and just fell in love with it. Later, when I applied to Berklee College of Music, I stuck with it, and the instrument has been my loyal journey companion ever since.

– Jazztone Studios is an extension and a combination of my experiences, and a vehicle to materialise my visions, and hopefully those of others, too. As a teenager, I had crafted some productions at home, and later on I got to record and participate at more professional studio sessions such as in ‘Casa Limon’ in Madrid and the world-renowned ‘Abbey Road’ Studios in London, where I picked up more, informally. I studied production and performance at Berklee Valencia, and when the pieces came together, we decided to take the plunge, and opened Jazztone in the heart and centre here in Valencia, two years ago.

– Evidently, the huge realm of jazz is our main focus, what we think we do best and want to become better at. Jazz might be an “underground industry” compared to the pop scene, but it’s a huge undergound industry! So big and diverse, and so many great & endless musical proposals. We want to host top notch artists, we know our market well, and we offer the facilities and equipment that will bring out the best possible results. Recording studios commonly seem to be built from the engineer’s perspective aesthetically, so we have tried to create a professional recording studio dressed up in a homey, relaxed atmosphere – a professional studio built from the musicians’ perspective. People appreciate all this, and the first year, we were flooded with requests! We weren’t even completely finished with the interior when we made our very first recording with the well-known artist Paolo Nutini, who was brought in by the great Spanish producer, Dani Castelar.

– Working in the studio requires flexibility and intuition, and my role varies a lot, but one has to be clear about what that role is, and stick to it. It’s like driving a car, everyone can’t be behind the wheel at the same time, or go in all directions at once. Potentially, it can get messy, so I try hard to stick to my role and serve the music as best as possible.

– Some musicians come with a very well defined idea of what they want, some bring a producer who can give directions and conceptualize ideas into a vision, and sometimes the engineer gets to act as a producer. Every situation is unique, and we give advice, but the clearer the vision, the better the recording. We are there to capture the magic.

– As for my plans … The goal for Jazztone is to be the number one jazz studio in Europe. I know that’s a lofty goal, but I do believe we have the skills and know-how to get there. Little by little. That’s the mission, anyway.

After our conversation, this writer believes that Sebastian Laverde, to borrow his own words, is ”prepared to get lucky”, simply because he appears to be the kind of man who makes his own luck, and good things should happen to good people. Especially those with talent, focus, and a clear vision. Plus good vibes and a signature Jazztone to share. Long may it resonate!

You can follow Sebastian Laverde’s many activities via the links below.