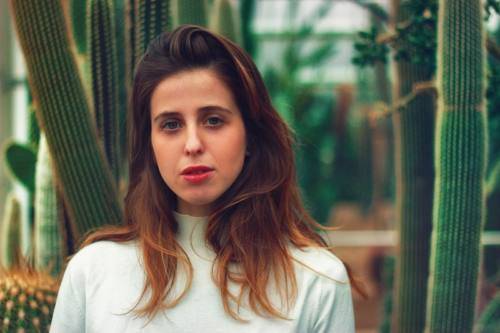 24/7 VALENCIA: ##Tell us something about your musical background and influences…
JUNE’S KALEIDOSCOPE: I grew up as a classically trained pianist, starting to have piano lessons at the age of six. Then I entered my first Conservatory and finished my degree almost fourteen years after. Those years gave me the music foundations to compose my own music, especially ‘Impressionism in music’ (Ravel and Debussy) but I was very keen on many music genres at the same time. Music from Nick Drake, Billie Holiday, The Who, Nina Simone and George Harrison taught me loads too. My influences nowadays are many: The National, Sufjan Stevens, Laura Marling, Fleet Foxes, Big Thief..

Where does the name June’s Kaleidoscope come from? June was the name I was going after for weeks when I tried to find an alter-ego. It brought me to the doorstep of summer and every feeling that may bring. I wanted that my music transmitted warmth and fresh air at the same time. ‘Kaleidoscope’ was the tool to see life through, finding contrasts in every picture I wanted to write about.

How did you find living in England? It was pretty amazing for the first few years. Living in London on my own finally was incredible as an experience and as a step to self-introspection. That was the time I actually learnt how to perform.  I wrote my first EP inside my room, living in an university residence in Colindale. I met all kinds of people and musicians to work with. I loved to explore every corner of the city. I started my own band in 2012, then we started to play in many venues and everything went smoothly at first. The following years I found it harder, life got a little bit more serious and it was difficult to deal with music, jobs and independence at the same time. London is well-known for being hectic. But I loved everything. I really enjoyed travelling around England. The landscape is magical and I learnt a lot from its culture.

What do you like most about being based in your hometown of Valencia? Here calm actually exists. I can move freely and quickly from one point to another, and I can actually see everyone I want in less than twenty minutes. To have people close is important for me. Then, of course, there’s the concept of the seaside town. I love the Mediterranean way too much; being outside, our food culture, the tranquillity. It is something you miss whenever you travel abroad.

Could you take us through the tracks on your latest EP, ‘Brave Journey into the English Sea’

I wrote this song when I was traveling to Cornwall for the second time. I was inside the car, really excited about the trip; talking about what we saw the last time we were there. This song speaks about a place full of beautiful memories. It’s like a day in the life, where you feel lots of things walking by an extraordinary beach like Perranporth but, at the same time, you haven’t actually done much,. I wanted people to sense on their own skin the Atlantic air, the sound of the waves, the visions inside an enormous cave, or mostly, the feeling that one day like that can’t come again.

Mermaid Crop is the point of the story of two people that love each other but have to end the relationship. It’s the moment when things get real and the truth comes out. One of them wonders about what exactly the other needs, acknowledging that much can’t be done now. A new person is involved, the imagined figure of a mermaid and so the changes arrive. Even though the song has an ironic & regretful feel, there lies only one thing underneath: It was simply not meant to be.

Best hotel room we’ve ever had

This is the warmest and happiest part of the album. The breakthrough. I remember myself having great fun experiencing with new beats and latin-jazz to write it, a new style I had not touched on before. It made me realize I could start to bring new things into my music, and follow that path as well. I came with the idea from being at a songwriters’ workshop in New York. That city inspired me a lot and the musicians’ stories I got to know. It’s a song about being sure there is an open door, and after it, dancing,  seeing the future, new streets, friends watching over you.

This is the first song I wrote for the record, a single I actually launched a year before the EP was released. It can either calm you down or make you feel lonely in the middle of a mountain. This is maybe the most emotional bit of the process. The real pain when you wave goodbye to your former life, hoping things did not go that way, having to face new beginnings without someone you loved dearly. It is loss, and it is strength, and having the impressive force of nature as the mirror to your feelings. That’s why I decided to film a music video in a place where all that significance could be alive, and I chose the coast of Ireland.

Brave journey into the English sea

The final lesson, the consolation or just peace of mind. The memories of a trip inside the sea of yourself and the life living far from home. The end of a time when you find you’re already another person, when you come out of the storm. It is at the same time a feeling of confidence. I included strings arrangements here to lift that feeling up more, feeling surrounded by some kind of natural support. It is the song where I thought the listener could sense being actually underwater the most, which is the point of this record.

Do you have any plans regarding recording and touring? I am writing new music and I hope to come up with a new style very soon. I would like to record at the end of the year but it depends on how this EP goes first…