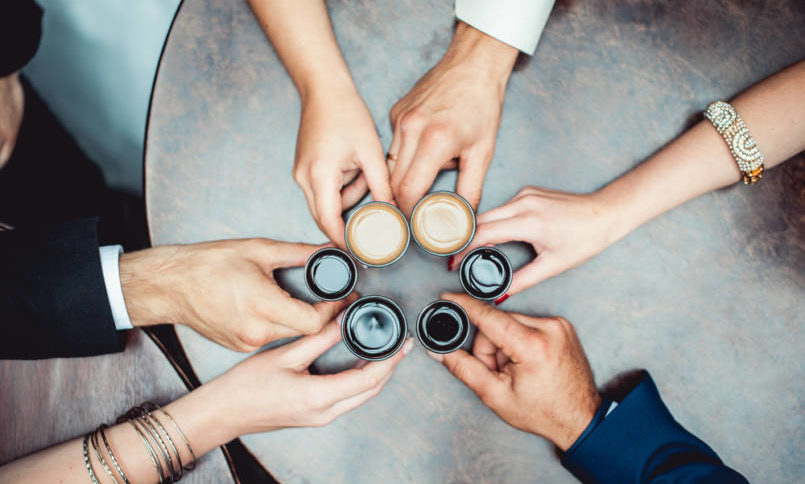 ##Although we are primarily concerned with Valencian wine and food at VÍ Vid, we have written several times before about some of the other drinks available. This includes new gins from Nodus and Vegamar and we regularly update on new releases of the ever popular Vermuts produced in the community.

With lockdown having ended and with tastings (or at least the prospect of tastings) commencing again and with it several new wines we will be able to bring to you, we thought this month we would explore the oft forgotten alcoholic gems from Valencia!

Let’s start with pure alcohol. Valencia is just one part of Spain which produces huge amounts of alcohol from wine. These alcohols are then used as the base for many other drinks. Very few people know that the base alcohol for Gordon’s Gin used to be produced in Requena at the now closed bodega Vinicola del Oeste.

There is a solid tradition for producing spirits which are then steeped with herbs and spices. These are similar in style to the Chartreuses produced in France and several companies make these clear, pale yellow or green spirits often drunk as a ‘chupito’ after a meal.

Amongst the most famous and highest quality are those produced around Alcoy and Monfort del Cid (Alicante) and Aelo de Malferit (Valencia). The Sierra de Mariola is the source for many of the herbs which are used in these drinks.

From here you will find Anís Paloma, Casalla, Café Licor, and a range of others including fruit and nut based licores including apricot, melon and hazelnut.

Anís Paloma is predominantly but not exclusively from around Monfort, and is made from Anis Verde or from Star Anise. A distillation is produced to which sugar and water are added and the eventual liquor will be between 45º and 55º with 50gms max of sugar per litre. It is a strong drink and often water is added.

Cantueso is produced in Alicante, a distillation of ‘Alicante Thyme’ with a neutral alcohol. The resulting licor is between 25º and 35º and is more amber in colour. It is a good drink for settling the digestion after a heavy meal!

From Beneixama (Alicante) you can find herberoferrero.es a range of ‘licor de hierbas’ which are from an anís dulce and anís seco base (50% of each) steeped with a rigorous selection of the best local herbs.

Returning to ‘Casalla’, these are probably the best-known anis drinks made in the Community. There is no shortage of good distilleries and the best known will be from www.palomatenis.es in Montfort or from www.destileriasferri.es (Belregard) and desteleriacervero.com (Cullera). These clean, clear strong anís drinks are all around 45º-55º and are the celebratory ‘shot’ of choice in the ‘casals’ of the fallas societies and bars across Valencia. They can of course be drunk with water in the manner of the French pastis or Greek Ouzo. Typical of the region, there is a special way of enjoying these spirits called ‘Barrejat’. The casalla is mixed with Valencia’s sweet wine (Mistela) which is itself Moscatel grape juice stopped from fermenting by the addition of neat alcohol and then bottled. The cloudy barrejat is at once both strong and sweet and is often used to accompany sweet cakes such as Coca de Boba. The blend varies from village to village and bar to bar (as does the quality) but it is a “once tried never forgotten” local tradition!

In Requena, their website is www.pagodetharsys.com and although better known for its Cavas and Wines, they also have a distillery which can be seen when visiting the Bodega. Here they are making 5 separate products, a ‘Crema de Orujo’, Licor de Hierbas (pale green) Licor de Café, Brisa de Tharsys (an Orujo from Moscatel) and a Limoncello. Orujo is a spirit produced from the grape skin and pips after fermentation like the Italian Grappa and the French Marc.

Not to be outdone, Castellón has its own producers of these special drinks as well…www.bodegasvidal.com is a large commercial firm in Almassora, probably best known for Supermarket vermuts. However, they have a huge range of other products from wine (Moscatel and Mistelas) Brandy ‘Gran Artesano,’ Maestrazo (Ponché,) four Rums and a Coconut licor, Gin ‘Kanpur’ and Gin ‘King’, the ‘Volkoff’ range of Vodka based liqueurs, Licores including Peche, Peppermint, a Limoncello and a Café Licor and Anís and various cream based drinks as well. Many of these are on the shelves in Consum and easy to access.

Based in Benicàssim, carmelitano.com is a bodega in the desert of Palms. One of our earliest bodega visits, it was also the shortest although there was no hurry to leave the tasting room or the shop! Originally a monastery production, today the bodega produces 119 and 119 Premium gins, vermuts, Vodka, the best Hazlenut licor, Café Licor and others together with a range of sweet wines.

And then there are the two more famous coffee drinks you will see around the bars! Carajillo is the straight Valencian coffee solo with brandy most seen on a daily basis. Sometimes drinkers swap the brandy for whisky or another spirit. But the best of them is ‘Cremaet’, the Castellon ‘carajillo’ which is made by boiling rum with sugar, cinnamon and lemon rind. This is poured into a glass and covered with a café solo and served with 2-3 coffee beans. There is even a competition held each year for the best producers of the drink that it is ‘obligatorio’ to finish off an almuerzo with!

This is far from an exhaustive run around Valencia’s other alcohol products but the word limit precludes any further references this time. We hope to be able to announce the launch of a new whisky shortly, in collaboration with one of Valencia’s bigger bodegas.

VÍ Vid is a project supporting the development of wine knowledge and gastronomy in the Valencian Community. We run wine clubs, give tastings of Valencian wines in English and support wine-makers and bodegas directly. We are also contributors to Verema´s ADN Wine Guide. We can be found in Instagram (Vivid8402), and through our blog VÍ Vid at https://vvidblog.wordpress.com, in Facebook, (https://www.facebook.comVivideventos) and in Twitter @vividvinos.