You are here: Home  /  Sports  /  Villarreal vs. Liverpool
Sports 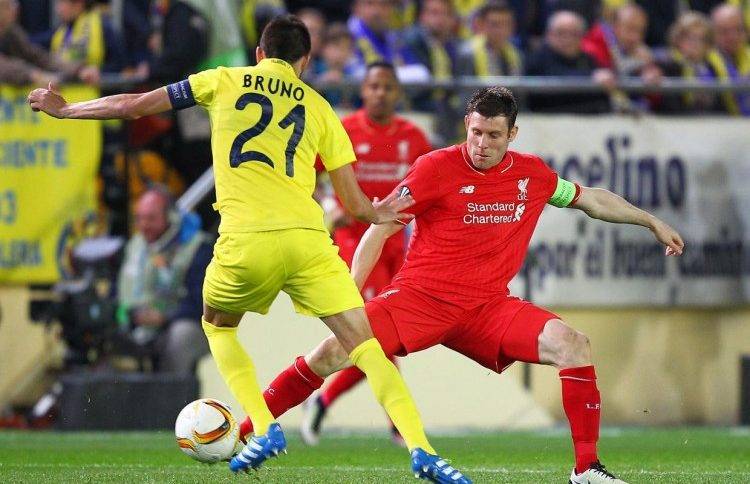 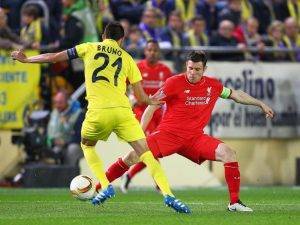 THE BRITISH INVASION OF THE YELLOW SUBMARINE

There are certain circumstances in life that put the judgement of even the greatest of legends in question. Legendary Liverpool manager Bill Shankly led the ‘Reds’ from 1959 to 1974 and raised Liverpool FC from second division to the heights of English football. Under him, Liverpool FC won three first division titles, two FA Cups, four Charity Shields as well as a UEFA Cup. Shankly famously said: “Some people think football is a matter of life and death, I am very disappointed with that attitude. I can assure you, it’s much more important than that.”

In the wake of Liverpool’s Europa League semi- final in the small town of Vila-Real just outside of Castellón, less than an hour from Valencia (known simply as Villarreal for most of the world), was one of those nights when, despite the stakes at hand, football took on another dimension. Just the week before the match, the 96 Liverpudlian victims of the 1989 Hillsborough tragedy were served justice by court rulings. The visitors have honoured the victims by dressing An eld in red colours with the number 96 and Villarreal fans prepared a special ‘96 – You’ll Never Walk Alone’ banner to commemorate the lives lost to football. It was a great reminder that lives and deaths matter more than football. Despite its historical importance, the match we attended on Thursday, 28 April was a celebration of life. There was a packed, 25,000-capacity Madrigal stadium, 3,000 of whom were Red supporters who had travelled the 1,000 km distance from Merseyside to Villarreal.

While we’re going to press, the final outcome of the two-leg duel is a mystery, but the last minute goal by Adrián, giving the Yellow Submarine a 1-0 lead, could well mean the first European Cup final for Villarreal. This would be 10 years after their greatest achievement so far, reaching the semi- finals of the Champions League against another English side… Arsenal. For a city of less than 50,000 souls, where the un inching support of 22,000 locals has carried the team to the top flight of European football in the last two decades, hosting European champions Liverpool in itself is a massive achievement.

To put things into an historical perspective, at the time of the Hillsborough tragedy in 1989, Liverpool had already been crowned champions of the European Cup four times. Despite the ban on English teams from European competition at the time, they were already one of the most popular teams in Europe. In the meantime, Villarreal were in Segunda B (Spanish third division), and still a decade away from their debut in Primera. The club, founded in 1923, had been fighting for local hegemony against their old-time local rivals Castellón. Due to relentless hard work and good management, they have slowly taken over football fans’ hearts in the region and remain a staying power of the Spanish and European football scene in the last decade and a half.

Before hosting Liverpool, six other previous European club champions had set foot in Villarreal in the past 13 years: Bayern Munich, Manchester United, Porto, Steaua Bucharest, Benfica and Celtic. In a way, Villarreal’s current status is close to a miracle, given the size of the city, and it shows both the immense strength of Spanish football and its global reach. It is a fairy tale that has come close to a happy end three times, with three European semi- finals on board the Yellow Submarine, and a staggering total of 50 wins in 83 European games (counting the 1-0 win against Liverpool). Only three other European teams matched Villarreal’s numbers in reaching 50 wins before: Juventus, Tottenham and Borussia Mönchengladbach in their respective European debuts.

The UEFA Cup quarter- finals against Celtic Glasgow in 2004 marked a key moment in Villarreal, putting the team firmly on the European football map and also building ties that are still remembered via Celtic fan clubs in the small Spanish city. It is a brotherhood, which was cemented by the visiting 7,000 Scottish supporters in town that year. Liverpool’s visit, with the 3,000 officially allocated tickets quickly sold out, had a similar significance. The local club’s inflatable Yellow Submarine was paraded around town to the rhythm of the Beatles trademark song, much to the astonishment of the Liverpool supporters who had invaded the city in the early hours of the day, leaving no glasses or pubs unturned in the Plaza Mayor and the nearby pedestrian streets.

Nevertheless, the British Invasion met their match. Villarreal is a town that breathes together with its team. More than 20,000 Yellow Submarine scarves distributed at the entrance to the stadium turned El Madrigal stadium into the Yellow Sea. The unwavering chanting of the local fans – entire families from town and towns nearby – matched the Kops’ “You’ll Never Walk Alone” at kick-off.

In a sense, the two teams are in a very different position as far as their immediate future. Liverpool are fighting mid-table in the Premiership this season, but the recent signing of star manager Jürgen Klopp from Dortmund has given them new hope. And yet their place in European competition next season depends on a hypothetical Europa League title. On the other hand, Villarreal are firmly on their way to securing fourth place in La Liga BBVA, so their Champions League participation is more than likely. Klopp, who called himself the “Normal One” upon arrival to Liverpool, a nickname that has instantly stuck with “Scousers” (Liverpudlians), is anything but a ‘normal’ manager. He has brought a hard-working spirit to a team that had lost faith itself. Even after a last-minute Villarreal goal made Liverpool’s way to the final all the more difficult, he joked and transmitted confidence at the subsequent press conference and before facing the return leg at An eld.

To come full circle, Klopp’s popularity (like former Valencia hero Rafa Benítez in Liverpool) can be explained by a simple fact: hard work is much appreciated, especially in a city with a traditionally high level of unemployment. There is an old joke going around since the times of the Beatles, when the locals easily explained to the rest of the world why Fab Four’s fans used to scream at them at concerts: they were amazed at seeing four Scousers hard at work at the same time. Now put that into a football perspective: the Kop are amazed at seeing 11 of their boys hard at work during 90 minutes every game ever since Klopp’s arrival. So, no matter how the return leg of the semi- final turns out… continued fan support is guaranteed for either team, whichever one reaches the Europa League final!