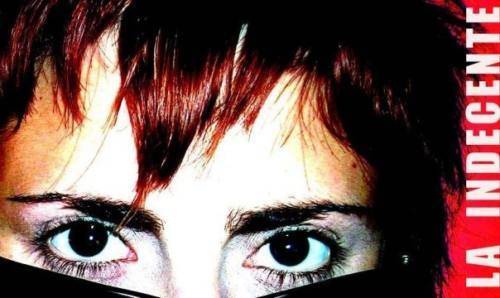 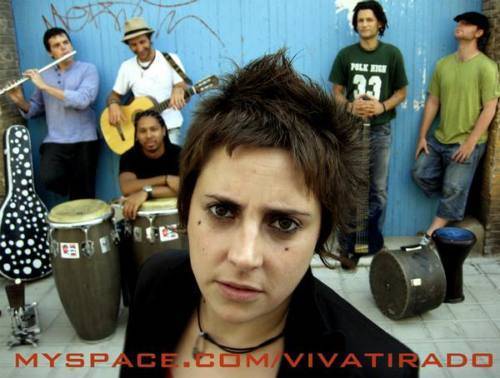 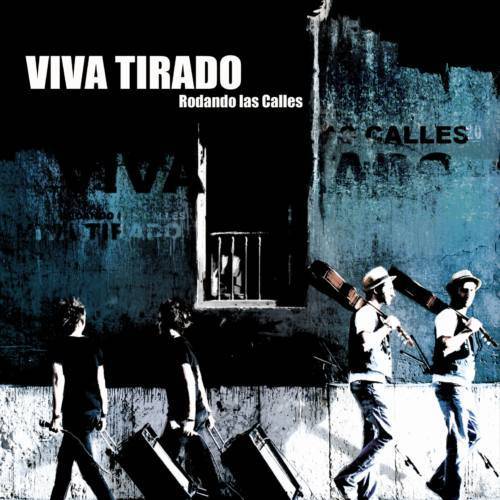 1. How did Viva Tirado begin?

We are a Valencia based band. The heart and soul of Viva Tirado is Nacho Pereda and myself, Noelia Sayas. Between us we run & direct everything concerned with the band. On an artistic level, I write the songs and Nacho deals with the arrangements and production. We’ve been working together since 2006 although the project first saw the light of day in 2001. We’re at our best, musically speaking, at this moment in time. We have a great band, the latest album that is making waves, more than 60, 000 visitors on our MySpace page and a loyal public who always have a great time at our concerts. That makes us happy!

2. Could you explain what your music is about?

Viva Tirado is a fusion band, a Latin mixture of really alternative music, which is at its most potent when we play it live. Reggae, tango, rumba, and ska …everything is allowed. The lyrics lead the song and each story is expressed via the different styles, which we fuse together. The sound of the band is distinctive for its Spanish guitar, its Cuban flavour, and Latin percussion, flute and rhythm section of jazz, Latin or rock.

3. Where does the inspiration for your lyrics come from?

From the street, the bars, heartbreaking affairs, love, loneliness or the company of others, the urban, the daily, the inopportune, the exceptional and the unique, any experience, a real or fictional person, a worry, a joy. The streets of the Barrio del Carmen, the electric colour of the blue sky, the terraces in summer, enjoying olives in the sunshine, breathing or sweet and forgotten grudges, an revolution within, to roll the streets, half-lies. The words come and go and some fortunately remain for the odd refrain of ours, here or there…

4. Where have you played and what was the experience like?

In the summer we presented our new album “Rodando las Calles” (Rolling the streets) in the south of Spain and we played some festivals, concert halls and bars in Belgium and Germany. On our return, we finally played in our hometown of Valencia at El Loco and it was a great concert. The tickets were sold out and we all had a wonderful time.

5. Can you explain your latest album to us?

“Rodando las Calles” is a more musical album than our debut album ‘El Indecente’. We’ve had more of a helping hand from outside sources, more musicians and we have been co-produced by Miguel Pino and produced by Javier Martin (the bassist of the world renowned Ojos de Brujo) as well as the collaboration of a few musicians from this band. The concept of the album is completely different to our debut. Although the message and character of Viva Tirado remains via the lyrics, musically it is on another level. There are 13 songs on the new album, which starts with a flute melody that serves as an intro and takes you wherever you want to go and then come 12 tracks that combine reggae, rumba, the Cuban sound, swing, a real melting pot. We have included 3 songs from the debut album, but they are different versions with new arrangements and with the entire band playing on them. We didn’t want to have the songs as stark as they were on the debut, we wanted to show what Viva Tirado sounds like with the whole band in full effect.

6. Why the title “Rodando las Calles”?

Well, the reality is that for me and Nacho this world of music for us has been rolling the streets, the bars, the concert halls, any place you can get a gig, different cities, travelling near and far to get our music out there. All of this at a slow pace of reggae but constant and without pause. That’s why we chose the title of the album. 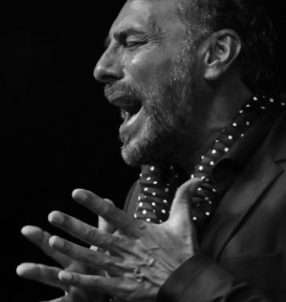