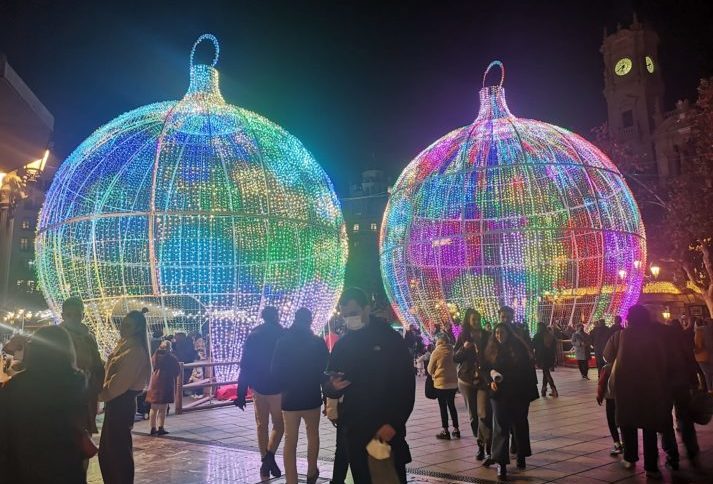 #Many expats will be heading home for Christmas. The call of the family party, the industrially-boiled vegetables and the soporific splendor of Christmas TV and too much port is far too strong. “The atmosphere is not the same here, they just don’t know how to do Christmas in Valencia” they’ll tell you. But things are changing round here and Valencia is no longer the big yuletide yawn it once was. If you are thinking of staying around, there’s plenty of festive fun to be had without having to worry about the weather playing havoc with that budget airline’s flight schedule.

To get the bauble rolling why not visit the ‘Rockefeller Center’ style open-air ice skating rink in the Plaza Del Ayuntamiento, it’s open from Dec 4th to Jan 10th. People skate around to Christmas tunes wearing wooly hats and mittens under the municipal Christmas tree, even if it is 20 degrees in the shade. Combine this with your Christmas shopping trip and a couple of early beers (or perhaps even a glass of egg nog) and you should be starting to feel the spirit.

There are also plenty of Christmas markets dotted around the city, most of them opening the first weekend of December. The pick of the bunch, of course. is the magnificent Mercado Central (recently selected by the BBC as one of the top ten most beautiful markets in Europe). The old Mercado is always spruced up and is worth a look just for the decorations. There’s always a great atmosphere of even more hustle and bustle at this time of year and some delicious seasonal food to be had. This year there will be more than 300 extra stalls spilling out into Avenida del Oeste and the Plaza del Mercado. At the Mercado de Colón, the stalls specialize in figures and background settings for your Nativity scene and if you are lucky you may catch a Christmas brass band concert while you are browsing for your model of a Roman era Palestinian sawmill. There will Christmas markets at ‘Mercado de Tapineria’ in the centre of Valencia and in Ruzafa and in Benimaclet too. There will also be markets at ‘Nuevo Centro’ and the ‘City of Arts and Sciences’, which includes the ‘Street Food’ trucks thing they’ve done a few times before.

As far as Christmas Eve and Christmas Day go, it’s kind of the opposite to what happens in the UK. Christmas Eve will be quieter; while on Christmas day most people go out to a restaurant (it’s hard to get a table if you don’t book) and then to the cinema, theatre or the circus. Some people like going to the midnight mass at the cathedral on the 24th or to the Carol Concert at Iglesia De La Compañia (behind La Lonja). There’s also a Mahler concert at the Palau de les Arts on December 23rd.

For New Year’s Eve, people book weeks in advance for ticket-only parties organised in hundreds of pubs, discos and restaurants around the city. There’s often a strict dress code and they can get quite expensive but it’s usually an all-in-one ticket including free drinks, dinner and, best of all, a free paper hat and more.

If that’s not your thing there’s normally a big free municipal do at the Plaza del Ayuntamiento. Everyone brings their twelve grapes and crowds into the square to hear the clock chime midnight, then there’ll be fireworks (of course) followed by a light and sound show with DJs doing their stuff from the balcony of the town hall and a live band.However, due to COVID restrictions this year, NO party is planned…

But Christmas doesn’t stop there in Valencia. In Spain the festive season goes on until Epiphany on the 6th Jan, which is the big day for kids as the Three Kings bring them their presents. The 6th itself is a day to be with the family for most Valencians but the city is abuzz with atmosphere on the evening of the fifth. Even more Christmas markets are open around town late into the night (there’s often a good one around the Cabanyal market from the 2nd to the 6th Jan). Restaurants are full and buzzing, and bars offer the traditional Roscón de Reyes. The three kings arrive on a boat at the port and make their way to the town square in a cavalcade, which starts in the Alameda and usually ends with the kings being lifted on a fire engine’s aerial platform up to the balcony of the town hall.

If it’s Christmas atmosphere you are looking for, Valencia’s got more to offer than you might think. Or perhaps you just prefer to stay indoors and sleep through the whole thing. Whatever you decide to do, have a great Christmas! 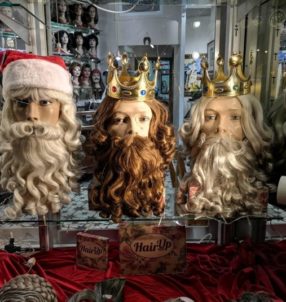