You are here: Home  /  Art  /    30 VALENCIAN ARTISTS HAVE BEEN SELECTED FOR AN IMPORTANT ART PRIZE!
Art 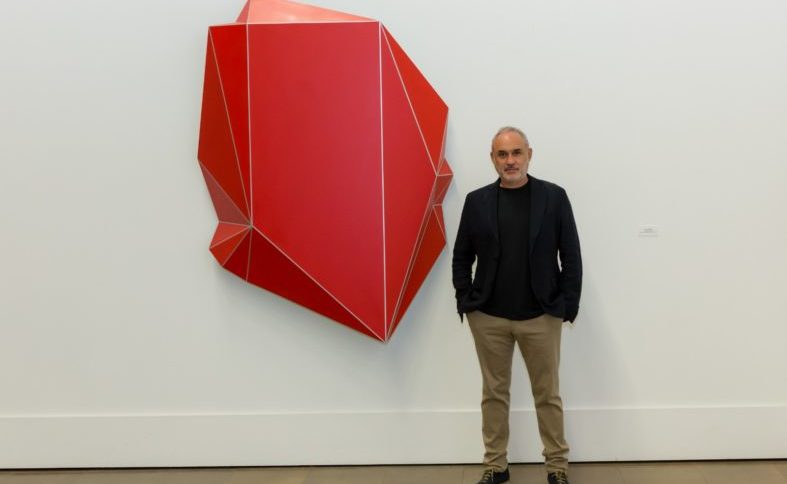 30 VALENCIAN ARTISTS HAVE BEEN SELECTED FOR AN IMPORTANT ART PRIZE!

The winners will receive 15.000€ and 7.000€ euros as prizes and their works will be part of the ‘Juan José Castellano Comenge Foundation’ whose museum is under construction. 30 artists and 22,000 euros in prizes to promote and disseminate the art of the Valencian Community. This is how the 3rd Mª Isabel Comenge Biennial can be summed up, whose jury has just met to select the participants from among more than a hundred proposals. On  December 14, it will be inaugurated in the ‘Atarazanas’ and it will be known who has won, not only the prize, but also who will form part of the future museum of the Juan José Castellano Comenge Foundation (FJJCC). The only museum in our city dedicated exclusively to disseminating and protecting Valencian Painting from the 20th and 21st centuries.

The jury composed by the winner of the last edition, Alex Marco; the curator and critic Salva Torres, the president of the Bancaja Foundation, Rafa Alcón and the advisor of the collection of the Juan Jose Comenge Foundation, Horacio Silva, met to decide which artists could present their works.

All those selected will take part in a major exhibition and the winners will win €15,000 and €7,000 in prizes, as well as forming part of the FJJCC Collection, which will be displayed in the future Museum of the Foundation, and which continues to expand under the direction of Horacio Silva. Its latest acquisitions are completing one of the most important collections of contemporary Valencian artists. Among others, works by Sempere, Mompó, Equipo Realidad, Joan Cardells, Equipo Crónica, Juan Genovés, Manolo Valdés and Carmen Calvo stand out.

One of the main objectives of the JJCC Foundation is to promote and disseminate the art of the Valencia Region. To this end, as well as creating the Maria Isabel Comenge Biennial, which since its inception has been supported by the Department of Culture and Heritage of the Valencia City Council, they are constantly increasing their collection of Valencian Painting from the 20th and 21st centuries.

In the words of Glòria Tello, València City Council’s Councillor for Cultural Heritage and Resources, “the Valencian City Council always supports the culture that is made from and for València, and we work in collaboration with all the entities and foundations that promote culture in our city. This is the case of the María Isabel Comenge Foundation, to which we will once again provide a municipal space so that they can show their magnificent exhibitions during the biennial.”

To disseminate and protect Valencian Painting from the 20th and 21st centuries, the JJCC Foundation acquired an old tannery in the Plaza del Autor in Valencia, which will be its headquarters and will house a museum that will display the collection.  “We know that it is important for Valencia and that we have the support of the city council,” explains Juan José Castellano Comenge.

The II Biennial took place in the year of the pandemic and nearly a hundred Valencian artists presented their work and 29 works were selected, which were also exhibited in the Atarazanas. Alex Marco with his work Paisaje de Puerto Vallarta won the First Prize of the II Biennial Mª Isabel Comenge endowed with 15,000 euros. Toño Barreiro’s Flexia X won the Second Prize of 7,000 euros and Nico Munuera, Carolina Ferrer and Volkan Diyaroglu won the three runners-up prizes, respectively.

The JJCC Foundation was created in November 2016 with the aim of contributing to the social and cultural development of the Valencian Community. Sponsored by the businessman Juan José Castellano Comenge, the Foundation has a board of trustees made up of ten members from various professional fields: notaries, lawyers, economists, art historians, businessmen and doctors. The promotion of art and social actions are the focus of the Foundation’s activities.