You are here: Home  /  Editorial  /  Food  /  AUTHENTIC RICE DISHES AT ‘YUSO’ IN THE HISTORIC CENTRE OF VALENCIA
Editorial 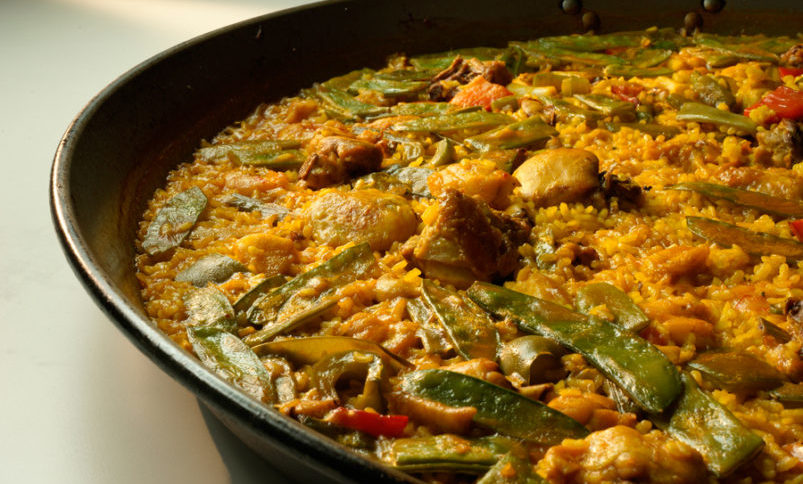 AUTHENTIC RICE DISHES AT ‘YUSO’ IN THE HISTORIC CENTRE OF VALENCIA

##Looking for an authentic Valencian restaurant in the historic centre? Run by Valencian brothers Willy & Jaume, ‘Yuso’ is one of the places that the locals make reservations for regarding a really decent paella. Both branches are a stone’s throw from the famous Torres de Serrano in the historic centre and both serve the same menu and carta.

The restaurant’s distinctive name derives from a monastery of the La Rioja region of Spain. Indeed, their wine selection is ample and of good quality, with tintos from La Rioja, Penedes, La Mancha, Valencia and more. Coveniently, the menu is available in both Spanish and English.

Members of the ‘24/7 Valencia’ team have been lunching and dining at Yuso since it was first established in 2004. It’s one of a select few where we take family and friends when visiting when they ask for somewhere typically Valencian.

Of course, rice dishes are a standout speciality at Yuso: with superbly cooked Paella Valenciana, Arros a banda, Fideuà, Arros Negre and Rice Lobster dishes and more. This is the real deal, Valencian dishes lovingly cooked by a Valencian chef. Indeed, their elder brother Vicente is the head chef of the rice dishes. He is a cocinero from the old school. ..

For starters, we chose well with the ‘Ensalada Queso de Cabra’, whose healthy & fresh ingredients include goat’s cheese, apple, bacon, walnuts & lettuce brotes & wonderfully zingy cherry tomatoes, covered in a complimentary vinaigrette. All we can say is that you could sense the affection put into the preparation of the salad and we took our time over it!

The tapas choice is tasty & varied, with clochinas (mussels), anchovies, braised octopus with prawns, patatas bravas and Iberian ham dishes & tempura of artichokes amongst the recommended. Fish lovers should try the ‘Bacalao Yuso’, a gratinéed cod with ham & pickle shavings. Our Spanish speaking diner knows her fish dishes and she found the sea bass lubina a la plancha to be cooked just right and “quite delicious.”

Meat lovers can savour neck of lamb cooked at low-temperature or a fillet steak with Pedro Ximénez sauce and the ‘Magret de pâté a la miel de azahar’ is especially good. We loved the tasty, lightly grilled Secreto Ibérico’ which was pork a la brasa with a scent of rosemary accompanied by red peppers & fried potatoes .Very memorable.

Throughout the evening, the service was efficient, friendly yet unintrusive and the waiter recommended a most satisfying red wine from the Utiel-Requena region of the Valencia Community, a quite fruity ‘Pasión de Bobal’ 2015. Especially popular with couples!

One of our guest’s impression of Yuso was being drawn to its “homely” vibe and she found that the classic main course of ‘arros en fesols i naps’ to be perfectly “filling” and the food definitely “homemade”. This is traditional Valencian cuisine from the countryside, a hot and soupy rice dish with beans and turnips that is delicious and nutritious! She added that eating out at Yuso is as if you “were eating in somebody’s front room.”

By the time we got to dessert, it was well past midnight when we savoured the chef’s homemade ‘Blueberry Cheesecake,’ which was a very pleasant way to round off the evening. We appreciated Yuso’s warm invitation of an after-dinner licor de crema de arroz from la huerta…a bit of “rice ” liqueur at midnight is just the ticket round here!

The traditional interior of the original Yuso is calm and well-spaced out, seating up to 70 people. Both branches have popular terraces. Indeed, the newer Yuso looks out over the atmospheric Plaza del Carmen.

The ‘24/7 Valencia’ team found that they could eat their meal in peace without any sense of intrusion from other tables. The clientele was about 70% Spanish, with a younger crowd in the evenings and a more traditional family setting for the afternoons.

The original Yuso on Calle de la Cruz opens Fridays, Saturday and Sundays & Holidays only. So, it is recommended that you book!
The more recent branch of Yuso on Plaza del Carmen is generally open every day for lunch and dinner. Again, please call beforehand as it sometimes closed on Sunday nights and Monday afternoons.