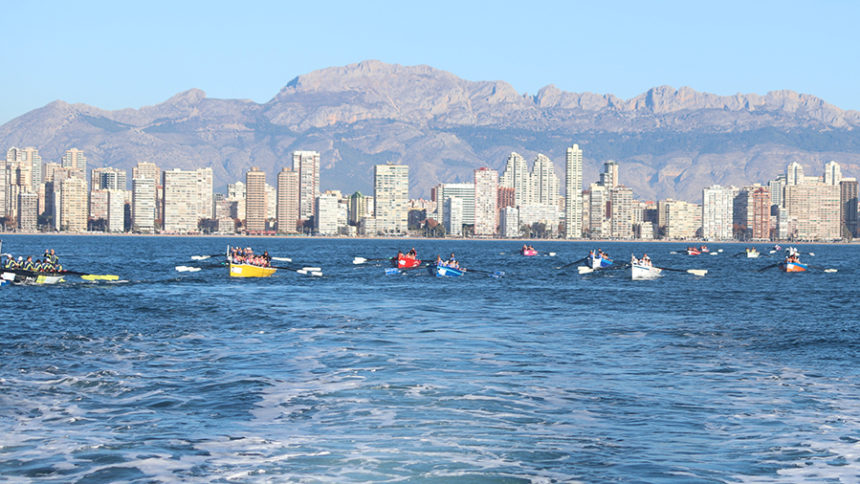 ##The SUMA Mediterranean Banco Fijo League SUMA 2021, organized by the Rowing Federation of the Valencian Community, is happening this week. On Saturday 13 March, the waters of Benidorm host the first race of a tournament to be held in nine races, between March and May, and includes, to date, 14 clubs on the Valencian coast. The SUMA League is a qualifier for the Spanish Championship, which will take place in the third week of May. The Federation has made a great effort to hold this prestigious regional league, complying with the corresponding health and sporting protocol.

The regatta is organised by the Club Náutico Benidorm and 19 teams will participate in the categories of juvenile female and male and female veterans, under the modality of Falucho Llaüt Valencià Medio Fondo. It is an original style in the Valencian rowing in which nine athletes participate, eight rowers and the coxswain. Nine different clubs will take part in the regatta.

It is a 5,000-metre race in which all the boats, in each category, will start in a fleet, that is, at the same time after the sound of the horn. The start and finish line will be located next to the breakwater located outside the facilities of the Club Náutico Benidorm and the athletes will row along the emblematic Levante Beach to Punta del Pinet, in a round trip. The final classification will be determined by the order of arrival of the teams, always taking into account the handicap of the veteran category.