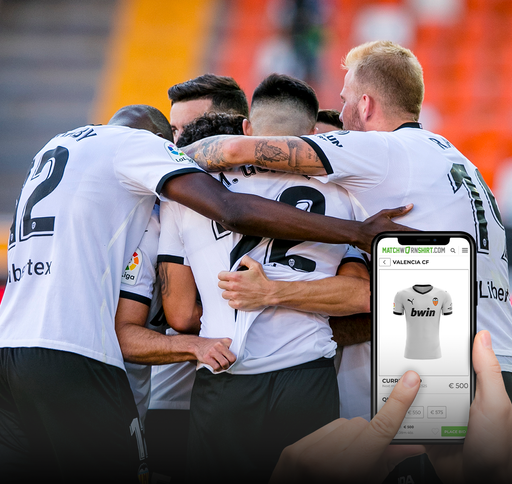 Valencia CF players will donate their derby shirt at the end of the match, contributing to this solidarity action in favour of Escoles COR Blanquinegre

Would you like to have one of the shirts worn by Valencia CF players in the derby against Levante UD?

Next Friday, 12th of March, you will have a unique opportunity to make your dream come true thanks to the alliance between the VCF Foundation and the Match Worn Shirt platform. The Dutch company and Fundació VCF will hold a charity auction in which you will be able to purchase one of the shirts worn by the Valencia CF players in the Valencia derby. In addition, each shirt will be given to its new owner and signed by the player who wore it.

All the funds raised in the charity auction will go to the Escoles COR Blanquinegre project. The auction will open on match day and will run for a total of ten days, until 22nd of March. In October 2015, the VCF Foundation launched the Escoles COR Blanquinegre initiative, a corporate social responsibility action aimed at teachers at certain schools and childcare centres located in Valencian neighbourhoods and towns in the province of Valencia within a disadvantaged social context.