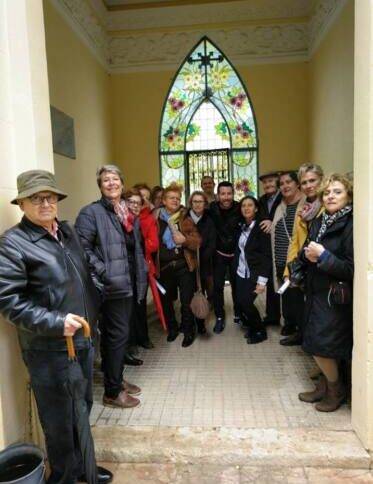 24/7 Valencia: Could you tell us all about the British International Cemetery of Valencia?

Diana Clifton-Sewell (Vice President): “The history of the British Cemeteries in Spain began after 1831 when, on 13th November, a Spanish Royal Degree authorised the establishment of suitable places for the interment of non-Catholics whose lives ended in Spain or on its shores, but without any church, chapel or any sign of public religious worship.

Though British in name, the British International Cemetery (known until recently as the British Protestant Cemetery) is actually a Non-Denominational one with over 21 different nationalities and various religious beliefs, including some Catholics who wished to be laid to rest beside their loved ones, because only in 1989 was it mandated that non-Catholics could be laid to rest in the Municipal Cemetery.

Located opposite the Municipal Cemetery, our Cemetery has a surface of approximately 2,376 m2, with an ornamental facade designed in 1879 by the Valencian artist, Antonio Martorell. A metal fence topped by owls with funeral resonance, protects the entrance to the grounds. The gate that leads to the cemetery itself, the stained-glass doors to the porch and the chapel, were designed by the Valencian architect Vicente Sancho i Fuster.

These elements of medieval style, typical of the religious buildings of the time, together with some pre-modernistic ones, have held out as best they could against the passage of time. Gravestones and crosses have not always been so lucky; in recent years people have carried off decorative friezes and carved angels, and damaged some gravestones. There are around 350 graves but only 296 are actually recorded. We know that previous decades witnessed burials, but the records were either poor or subsequently lost.

Havoc and death came with Spanish flu in 1918 and later to the defenders of the Spanish Republic. Unfortunately, during the Civil War, records from 1936-40 were lost in the chaos, in spite of the efforts of the Swiss Consul and Red Cross to continue its supervision. International Brigade volunteers, victims of bombardments and flu victims may have been anonymously interred in this ground.

The most recent burial was of Guillermo Fink Herreros on 21st August, 2012, a descendant of Henry Fink, who came to Valencia as a British train driver, and subsequently set up his own railway business here. Our Cemetery bears witness to the history of whole families – Morris, Eknes, Bartle, Tapps, Craven and more – who participated in the industrial production and railway building epoch that brought them here to stay, in addition to those serving on the merchant ships that carried them here.

The Cemetery is still active, and nowadays has a Garden of Remembrance for the burial of ashes, whilst the Chapel continues to be available for services of every denomination.  Additionally, there is an opportunity for families to place a wall plaque commemorating the life of a love one who has lived in Valencia.

This Cemetery has recently been integrated, together with those of Madrid and Bilbao, into a charitable foundation by the British Government.  The British Cemeteries in Spain Foundation, will foment interest, attract support and create synergy between them, since each one is considered the responsibility of the expatriate community living there. The maintenance of the British International Cemetery is a considerable responsibility for volunteers, so the message we want to give is that, with the help of many, the Cemetery can remain operative, available to all religions, and thus its continuance as a dignified place of rest is anticipated for a very long time into the future.” 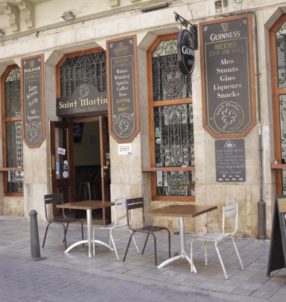