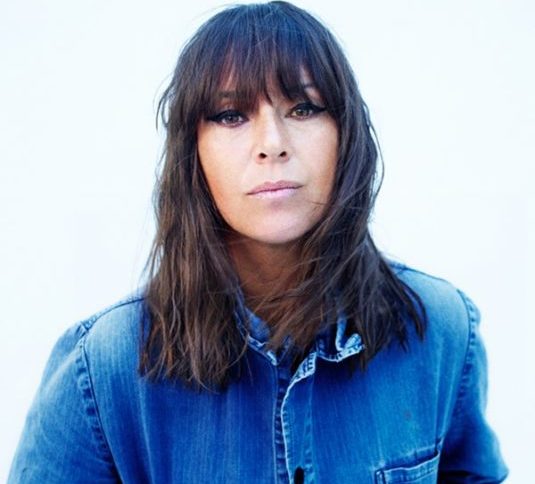 Vocalist, songwriter, musician and producer Cat Power (Chan Marshall), has just released her new album, ‘Covers’, which includes completely reimagined songs by Frank Ocean, Bob Seger, Lana Del Rey, Jackson Browne, Iggy Pop, The Pogues, Nick Cave and The Replacements, among others, plus an updated interpretation of her own song “Hate” from The Greatest album (2006), retitled “Unhate” for the occasion. In all of them, Marshall imbues the songs with a creative uniqueness that rivals the original work. Indeed, her version of ‘You Got the Silver’ is arguably better than the original by the Rolling Stones! Another step in the career of a cult artist who has been on stage since 1990, defying genres and conventions. Her legacy has impacted the work of a wide range of contemporary musical artists.

24/7 VALENCIA: WHAT CAN WE EXPECT OF YOUR SHOWS IN SPAIN?

CAT POWER: Every night on this tour, we’re coming off stage smiling and laughing, which is great. It’s been memorable and engaging. Doing cover versions, I’m not weighted down by the personal and emotional context of my own material. We’ll be playing the ‘Covers’ album. For each song, I’m going to be “opening a door”. It’s going to be fun!

24/7 VALENCIA: WHAT DOES BILLIE HOLIDAY MEAN TO YOU?

CAT POWER: She is a window into what it looks like and feels like regarding human suffering but to release that… into the sweetest, kindest ‘bird’ of sound. It lifts you. Those vocal cords! For me, she is a champion. That voice is just the sweetest thing. The feeling is what saved her and what saves so many of us. Her smile! Growing up, I was told not to cry and I found it really so hard to cry. Later, I learned in therapy that it’s good to cry. We need that release from trapped feelings  & emotions. It might be a painting, a book, a dance move,  a scene from a  film, a beautiful sunset. If those things speak to you and make you cry, you release a little bit of your pain and then it’s gone…and you don’t have to carry it around with you anymore.

24/7 VALENCIA: YOUR VOICE HAS THAT DISTINCTIVE ‘SONORITY’ OF THE SOUTH. CAN YOU TELL US MORE ABOUT THAT PART OF THE UNITED STATES?

CAT POWER: Growing up in the South has absolutely been an influence on my music. When I was little, I was growing up in the Baptist church and singing hymns. It was about releasing joy and connecting with the divine through song. There’s soul in that music.

The North would be more industrial in outlook and the South would traditionally be more agricultural and that ‘earthiness’ has an influence too. There are still a lot of people living in the past there… and a lot of injustice too. The central government should be investing much more in health and education in the South. It’s a crime against inhumanity.

When I was starting out in music, I lived in New York. However, I have been living in Miami for the last 20 years. Iggy Pop also lives there, he sang on a song of mine and we’ve met up for Campari & Soda a few times and we text each other. He told me that the cover I did of his song ‘Endless Sea’ …“sounded very soulful”. (Cat Power laughs)

24/7 VALENCIA: COULD YOU TELL US MORE ABOUT YOUR LATEST ORIGINAL STUDIO ALBUM, ‘WANDERER’?

CAT POWER: ‘Wanderer’ is about somebody who has been here before. It’s someone who is always around too. It’s like that one true love. It’s like a child lost. It’s like singing to the spirits. I guess, it’s about the spirits that come into our lives. I believe that people who have touched our lives…I believe that they’re angels on earth. The album was made when my son was born and also recorded in California too.

24/7 VALENCIA: I FEEL THAT YOU’RE GROWING AS A SINGER AND MUSICIAN. IT’S LIKE YOU ARE MORE IN TOUCH WITH YOURSELF NOW…

CAT POWER: It’s true. I struggled with mental health issues for most of my childhood and teenage years and as an adult. When I got sober in 2006, after I’d recorded ‘The Greatest’ album, my whole life changed. I did the tour for ‘Jukebox.’ It was the first time I’d sung without an instrument, it was the first time I saw the audience and I was able to sing like I did when I was a little kid. I got my ‘duende’ back. A lot of healing and therapy helped, along the way, and I was able to create something called self-esteem.

Being a mother has helped too. Having my son released me from certain anxieties and gave me a new kind of fear and love and empowerment. Growing up, I’d never really known security. However, when you become a parent… time stops. You are forced to be present. You put your foot down regarding any bullshit that comes into your life. I’m in control of my life now because I have this little soul to look after. It’s the most wonderful responsibility to be granted.

24/7 VALENCIA: WHAT DOES PLAYING LIVE MUSIC DO FOR YOU?

CAT POWER: I have to thank the heavens that I have a job that I love. It gives me so much. It’s really overwhelming how much it gives me, inside of my soul. It gives me a pure ton of life energy. I’m so lucky to have that. I’ll be playing live in Europe and South America too. ¡Hablo un poquito de español!