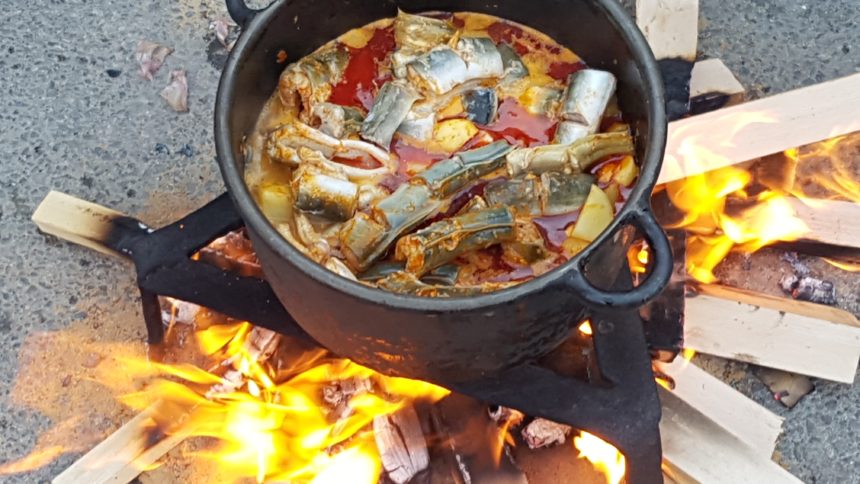 ‘ALL i PEBRE’  COMPETITION IN ‘EL PALMAR’ ON JULY 11th

‘All i pebre’ has become the third emblem of popular Valencian cuisine, together with paella and fideuà. It is a dish that is distinct for its aromatic taste of paprika and garlic. The ingredient that defines the dish is eel, which is caught fresh in the Albufera Lake. The recipe was first created by fishermen’s families, who would catch the eel straight from the lake. The Association of Hotel and Catering Businesses of El Palmar is special and unique: most of them are families deeply rooted in the primary sector, who have been fishing and planting rice in the lake for generations.

The famous dish is considered to be the starting point of the hotel and catering business in the town of El Palmer so has long been linked to its history, appearing in numerous chronicles and literary quotations throughout history. In El Palmar it has always been the celebration meal par excellence, which is why the Association of Hotel and Catering Businesses of El Palmar launched the Traditional All i Pebre Competition for catering professionals in 2010. It had two main objectives: to publicise the authentic recipe that has been maintained over generations in the heart of this fishing community, and to generate an event that would visualise and project the tourist and gastronomic offerings of this privileged enclave.

On the Monday 11 July, at 19:00 h, restaurants will compete for the prize in the birthplace of ‘All i pebre’. This year, for the first time, the jury includes several Michelin star chefs: María José Martínez from the Lienzo restaurant and Emanuel Carlucci from the Atalaya restaurant in Alcossebre. They will be joined by: Paco Gimeno, reigning champion from the Racó de Meliana restaurant; Domingo Ferrer, as president of the jury; José Caballer, president of the Comunitat de Pescadors del Palmar; María Antonia Bru and Maria Dolores Roig representing the Asociación de Hostelería del Palmar; Evarist Miralles, chef and trainer at the Red de centros de Turismo de la Generalitat Valenciana; Jorge de Andrés, from the La Sucursal group and chef at the Vertical restaurant; Juanma Romero, gastronomic journalist; and Eduardo Espejo, from the Tastem group.

National and international participation is expected from around thirty restaurants, half of which are members of the local Hotel and Catering Association. Make sure to save the date, and experience a great day with delicious food and drink and a lively and competitive atmosphere.