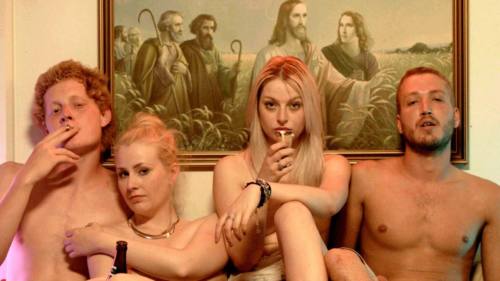 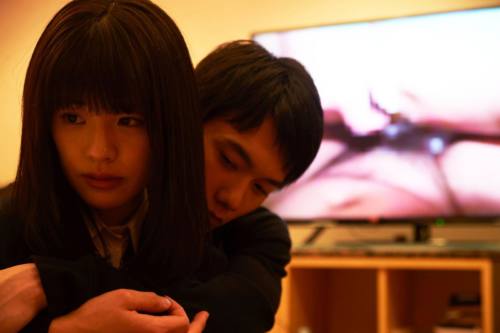 1. What is CINE JOVE?
It is the festival where the best international cinema, directed by young people, is screened.

2. Tell us more about the ‘WEBSERIES’
There is no doubt that Webseries in general have experienced an unstoppable growth regarding the public’s interest in recent years. Naturally, the Internet has been the best ally for its dissemination. Through Webseries, creators with few resources but a lot of talent have produced & directed works that have ended up having millions of followers (this has been the case with ‘Malviviendo’ or ‘Paquita Salas’ in Spain).
At the ‘Octubre Centre’ near the Plaza Ayuntamiento, ‘Cine Jove’ is proud to present the latest & best of the international panorama regarding Webseries. This specialist section will be showing for the third consecutive year, which is a sign of just how popular Webseries have become.

3. Can you explain more about the different sections at this year’s CINE JOVE?
The non-competitive sections are held mostly in the ‘Centro del Carmen’ in the historic centre. There will be a section dedicated to the young Brian de Palma, which concern films that were made before his 40th birthday. On the other hand, the ‘Luna de Valencia’ Prize (to the producer Fernando Bovaira) is accompanied by his most famous films, especially ‘Los Amantes del Círculo Polar’, directed by Julio Medem. There is another more extensive section, which is devoted to electronic music.
.
4. Can you tell us more about the films of the young BRIAN DE PALMA that will be screened…
Brian de Palma’s young films already had some of the hallmarks that were to define his films: the taste for thrillers mixed with eroticism, the supernatural, personality conflicts and so on…

In addition to the famous ‘Carrie’ or ‘Dressed to Kill’, I recommend a rarity that we will be its premiere(first public presentation) in Spain: ‘Murder à la Mod’, that was released in 1968! The film features an interesting game with time and already the young director displays the obsessions that will later be developed in films like ‘Greetings’ or ‘Phantom of the Paradise’, that are also both in this section.

5.What can the public experience via ‘BEATS & FRAMES’?
This is a selection of the best cinema about electronic music, approaching it from the most varied points of view: the DJs and producers (Daft Punk Unchained, We Are Your Friends, Raw Chicks, Berlin), the music rooms (Eden, 24 Hour Party People), the festivals (Under the Electric Sky) or the creators of new electronic instruments (Moog). In addition, the sessions will be accompanied by sessions from some of the best Valencian DJs.

6. Please describe the philosophy behind ‘DIGITAL JOVE’
‘Digital Jove’ is a forum that deals with technological advances in the audiovisual world and other applications. Multimedia art, virtual reality, new forms of creation linked to technology … they all have a place in Digital Jove.

7. What are the objectives of ‘PRIME THE ANIMATION’
‘Prime the Animation’ is the International Animation Festival organized by la Universidad Politécnica de Valencia. ‘Cine Jove’ wants to incorporate it into its programme, including the winners of its 2017 edition. Highly recommended!

Places where you can see CINE JOVE 2018 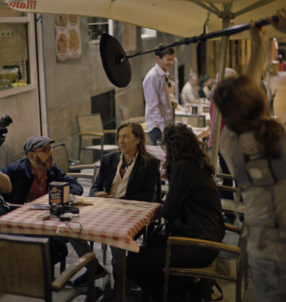