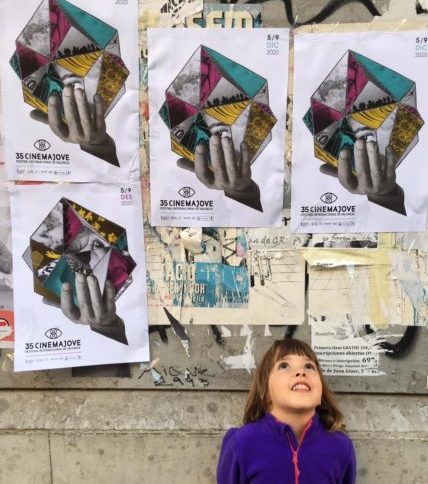 ##Cinema Jove recognizes the actors Gloria March and Raúl Navarro with the award ‘A future of cinema.’

The 35th edition of the Valencia International Film Festival will include four feature films, three of which are world premieres.

The chamber music quintet Spanish Brass, winners of the National Music Award 2020, will offer a concert of soundtracks by Fellini.

This morning was presented at a press conference the 35th edition of Cinema Jove, where they have announced the contents of a reduced edition in its number of days and activities scheduled as a result of its transfer from June to December as a result of the pandemic, but which highlights “support for our professionals to make them visible to the public,” said the director of the Valencian Institute of Culture, Abel Guarinos.

Thus, the International Film Festival of Valencia awards this year its prize ‘A future of cinema’ to two Valencian actors, Gloria March and Raul Navarro. Cinema Jove focuses its attention each year on young actors of the new wave of the Spanish audiovisual industry to highlight and celebrate their rising career through this award. In the past it has recognized promising actors who are now established as Elena Anaya, Marta Etura, Carlos Areces, Pablo Molinero, Leticia Dolera and Greta Fernández.

Gloria March was recently awarded the prize for best leading lady at the third edition of the Valencian Audiovisual Awards for her role in ‘La mort de Guillem’, by Carlos Marqués-Marcet.
She may still have a short career in film, but it is backed by an extensive and varied career in the theater, where she has worked for the companies El Conde de Torrefiel and El Pollo Campero.

Raúl Navarro has alternated his career between Valencia and Madrid, where he has participated in important series such as ‘Isabel’, ‘Hospital Central’, ‘En tierra de lobos’, ‘Dr. Mateo’ and ‘Los misterios de Laura’. In recent years he made the international leap with a role in the European version of the Japanese mass phenomenon ‘Idol x Warrior Miracle Tunes’. In cinema he has participated in Spanish films such as ‘Paella Today’, by César Sabater, ‘El último fin de semana’, by Pedro Reyes, and ‘El síndrome de Svensson’ by Kepa Sojo.

Three world premieres
Among this year’s programming, Cinema Jove will include four feature films, three of them world premieres. Pérez Arroyo, alma de animador’, by the director Carles Palau and the researcher and professor of the Department of Audiovisual Communication, Documentation and History of Art (DCADHA) of the Polytechnic University of Valencia (UPV) Raúl González Monaj, is a documentary that reviews the career of the creator of one of the first animation studios in Valencia in the forties.

The film, produced by Admirable Films with the support of the IVC-Instituto Valenciano del Audiovisual, takes as a thread the initiatory journey of the great-granddaughter of Pérez Arroyo, Mar, in her reunion with the history of her ancestor.

Also ascribed to the documentary genre, ‘Batega!’ immerses the viewer in the heart of the Jove Orquestra de la Generalitat Valenciana to show the personal side of four of its musicians and the need to learn to feel and play together and sound like a single beat. The documentary, filmed in Valencia, Alicante and Castelló, follows 10 months of rehearsals and concerts.

Andreu Garcia is responsible for the script and direction of this film that is part of the celebration of the 20th anniversary of the formation, celebrated in 2019. Batega! is a TV ON Producciones production, with the support of the IVC-Instituto Valenciano del Audiovisual and À Punt Mèdia.

The third world premiere will be ‘Esclats de llum’, a fake docudrama by Nacho Ruipérez starring Iris, a 19 year old girl who is studying a training course to fulfill one of her dreams: to be a Fallas artist. This year, in search of inspiration, she has decided to make a documentary for class in which she interviews the different fallas artists, foguereras and gaiateras that she has located through social networks, but her project is interrupted by the sudden pandemic of COVID-19.

Finally, ‘Jesus Shows You The Way To The Highway’ has been programmed, a science fiction satire against capitalism and the fear of artificial intelligence directed by Miguel Llansó. The director is a prestigious short filmmaker thanks to titles such as ‘Chigger Ale’ (2013). His first film, the post-apocalyptic afro-futurist adventure ‘Crumbs’ (2015), was premiered at the Rotterdam Festival and has been shown in more than 100 international festivals. He lives in Ethiopia, where he has filmed some of his works.
Fellini according to Spanish Brass.

The projections of short and long films and ‘webseries’ of the international film festival will be completed with a concert by Spanish Brass, National Music Award 2020 in the category of interpretation. The chamber music quintet will perform a selection of soundtracks from Fellini’s films. Through the memories of Giulietta Masina, wife and muse of the Italian filmmaker, some of the most characteristic moments of his cinema will be recreated, irremediably linked to the music of Nino Rota.

The programme is completed with the official sections of short films and ‘webseries’ to contest, a cycle dedicated to Mario Benedetti and a master class, in collaboration with the Centro Oficial de Estudios Superiores Barreira, of the art director of ‘La casa de papel’, Abdón Alcañiz. The professional from Sueca has been production designer and art director of, among other films, ‘El desentierro’, by Nacho Ruipérez, ‘Mil coses que faria per tu’, by Dídac Cervera, and ‘El regreso de Elías Úrquijo’, directed by Roque Madrid.