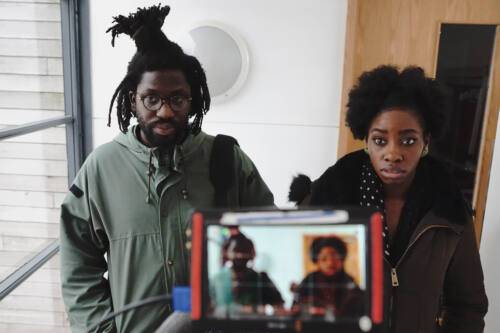 Festival Director Carlos Madrid: Cinema Jove, as its name suggests, is a film festival dedicated to youth, both for the age of the directors that does not exceed 40 years of age and for the protagonists of their films. Also for the freshness of their proposals and their cycles, which this year include the first stage of the Coen Brothers career or a section dedicated entirely to Japanese animation.

Explain the different sections…First of all, it is important to know that all films are subtitled in English and Spanish at the same time, so that viewers can choose how they want to see it. In addition to the official sections (new films, first showings in Spain) of feature films, short films and webseries, there are the cycles that I mentioned earlier about the Coen brothers, the cycle dedicated to Japanese Animation or a cycle dedicated to Berlin separated by the wall in the year in which the 30 years of its fall are commemorated.

Do you have any recommendations? To those who seek a more artistic and creative approach, I recommend without a doubt the films of Miguel Gomes, to whom we awarded the ‘Luna de Valencia’ prize. We project his six feature films including a jewel called ‘Tabú’ and the magisterial trilogy ‘The Thousand and One Nights’. Of the Japanese Animation cycle, besides the well-known ‘Ghost in the Shell’ or ‘Spirited Away’ there are more radical proposals like ‘Belladonna of Sadness’ (Eiichi Yamamoto, 1973) or  ‘The Tale of the Princess Kaguya’ (Isao Takahata, 2015). Regarding the Coen Brothers, I think ‘Miller’s Crossing’ and ‘Barton Fink’ are essential.

With all the changes in technology, streaming and so on, just what is the future for cinema made by young people? The future is hopeful and varied. There is democratization (by cost reduction) in the way to start shooting for the first time that makes it possible to shoot shorts or webseries with modest budgets.  Above all, uploading them to the net has never been so easy. Uploading a video to a Vimeo or YouTube platform is free and allows you to reach many more people. I do not think you can fight against that. I would see it as quite absurd.

Photo from webseries ‘Dreaming Whilst Black’

Cinema Jove will take place from June 21 to 28 in Valencia. The venues are the Rialto Building, the Carmen Contemporary Culture Center, the October CCC, the French Institute of Valencia and Radio City.

You can find all the information about Cinema Jove at www.cinemajove.com