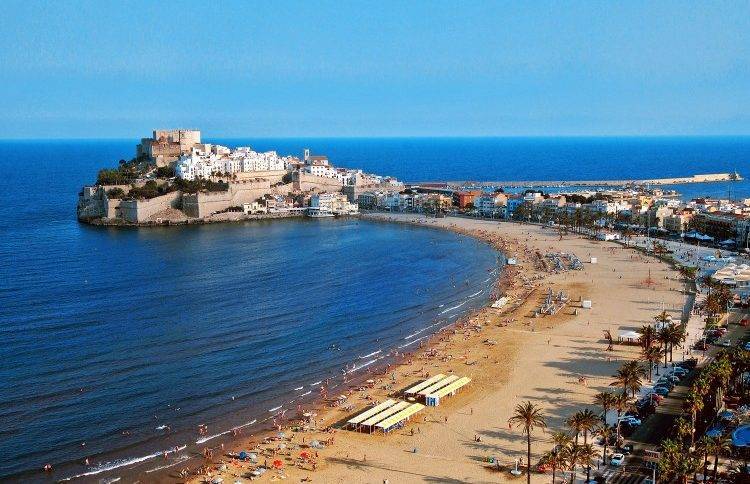 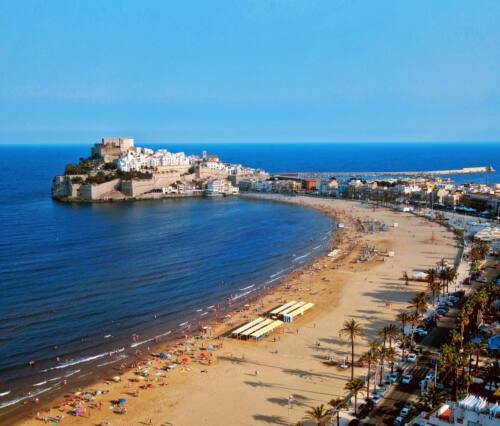 Springtime is perfect to cycle on this route running alongside the sea in the north part of the region. From Valencia to Benicàssim, the coast is beautiful but varies little in terms of vegetation and land form. But just after Benicàssim, the coast changes and this is where we start this time.

This is a route that in its longer form could be done over two days – more so now that the days are shorter. Basically it covers the journey between Peñíscola and Castellón, which we recommend that you do this way, although you can go the other way round.

There is a train station called Peñíscola- Benicarló and from there you cycle to Peñíscola, an extraordinary coastal tourist town with the Castillo del Papa Luna, a monument worth the visit. After this brief stop, cycle towards the south staying close to the shore until you come to a path that guides you through the prettiest parts of this route.

There are several steep inclines along the path, including one leading to watchtower, followed by a decline to the flattest part of the journey, surrounded with typical Mediterranean bushes and shrubs. Up until the village of Las Fuentes and then later Alcossebre, all this part of journey runs along a forest track where you are unlikely to be disturbed by traffic. This is one of the most beautiful places on the Levante coast, the Parque Natural de la Sierra de Irta, a protected area… one of the few kilometres from France to Gibraltar without buildings. It’s a rocky shore, but you can find a couple of beaches to rest for a while.

Once past Alcossebre you go in the direction of Cap i Corn and from there, without leaving the shore, you enter the municipality of Torreblanca and arrive at Prat de Cabanes, another protected area of great natural  beauty where you can find a lot of different birds. From this point and now always on flat ground, you go towards Oropesa, a nucleus of tourism, although out of season at the moment. Pass its two beaches, take the southern direction towards the sailing club, and from there start up a steep but short hill leading to another beautiful neck of the woods, La Renegá.

After taking a rest here, it’s up a bit more, but this time more gently, starting the run towards Les Platgetes and arriving in Benicàssim shortly afterwards. From there you only have to follow the long promenade to the port of Castellón, a great place to eat good rice and seafood in any of the restaurants around the port.

If you want to carry on further, you’ll find clear indications to get to another protected area near Castellón, El Desierto de las Palmas, just a few kilometres inland. If not, you can catch the train back to town from Castellón. In all, we’re talking about a ride of 70 to 80 kilometres which, although they aren’t really difficult, still need a couple of days to enjoy properly. Some good options to spend the night are Torreblanca or Oropesa, making an early start the next say. Cycling along this route you will discover the most beautiful part of Costa del Azahar… have a nice ride!!