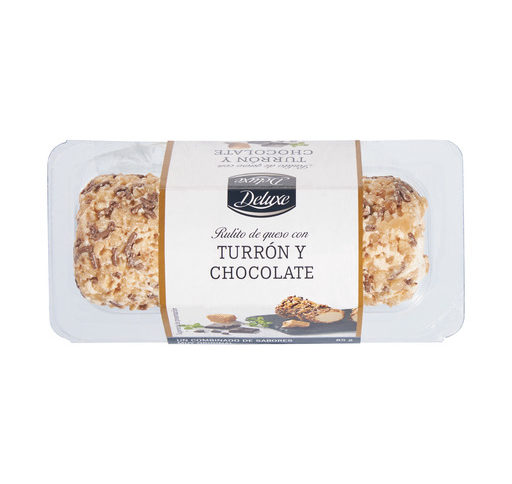 #A year ago the company presented its new space “La Quesería de Lidl”, with a selection of premium national and international cheeses in tasting format with prices below 2.5 euros. Eleven nationally produced Lidl cheeses have been voted among the best in the world!

Lidl cheeses have once again swept the board at the World Cheese Awards 2021 (WCA) and the International Cheese and Dairy Awards 2021 (ICDA), with a total of 11 awards recognising the excellent quality of its products.

In recent years, Lidl has maintained a strong commitment to leading in this category, which materialised last year with the launch of “La Quesería de Lidl”. Now, this commitment has been recognised with these internationally prestigious awards.

The Lidl supermarket chain can once again claim to have some of the best cheeses in the world on its shelves. Following their participation in the World Cheese Awards 2021 (WCA) and the International Cheese Awards 2021 (ICDA), Lidl’s own brand cheeses have won awards for the third consecutive year; in this latest edition with a total of eleven recognitions: eight references in the WCA 2021 and three in the ICDA 2021. The eleven Lidl cheeses awarded are from its own brands Roncero and Deluxe -some of the references repeat awards from previous years-, as well as from its selection “La Quesería de Lidl”. All the award-winning cheeses are produced in Spain.

Lidl is firmly committed to leading this category in the large-scale distribution sector and positioning itself as the best shopping option for cheese lovers. A commitment that materialised just a year ago with the launch of its new space “La Quesería de Lidl”, which offers a careful selection in tasting format of 20 own-brand cheeses, both national and international. A very careful selection designed to offer an authentic gastronomic experience at the best price, between 0.99 and 2.39 euros. Now, this effort has been recognised in both prestigious international competitions.

On the other hand, more than 5,000 cheeses from all over the world participated in the ICDA 2021, recently held in Stafford, United Kingdom. In this competition, Lidl has managed to win three awards thanks to three totally innovative references within its Deluxe gourmet range, which are already available in its shops as part of its Christmas assortment. Firstly, the jury of this competition has recognised two cheeses from Lidl’s Deluxe gourmet range which are new this year and are made in Albacete. They are a wedge of Cured Sheep Cheese with Jalapeño (gold medal) and another wedge of Cured Sheep Cheese with Mojo Picón (silver medal), both with a spicy touch. On the other hand, the Rulo de Queso de Cabra with Nougat and Chocolate won a gold medal for its innovative character and flavour. This cheese combines the acidity of the goat’s cheese with the sweet touch inside and out, making the product both crunchy and creamy at the same time. It is priced at 1.69 euros. The three award-winning Lidl Deluxe cheeses are now available in the more than 600 Lidl shops in Spain, while stocks last during the Christmas campaign.

Miguel Paradela, General Purchasing Manager of Lidl Spain: “At Lidl we are very pleased with these awards. They are recognition of a job well done and show that we are moving in the right direction. All of them are cheeses of the highest quality, produced in Spain and which exemplify our desire to go one step further and go for surprising flavours and combinations. Innovation, quality, Spanish origin and at the best price. This is our commitment.”

Lidl works daily to respond to the growing demand for cheese in Spanish households, offering as always the best quality at the best price. According to data for 2021 from the consultancy firm Kantar Worldpanel, Lidl continues to be the second retailer in market share in this category (9.9%), growing +1.8pp compared to the previous year, as well as in penetration and in generating a greater number of cheese purchases (69.4 million purchases, 11.% more than in 2020).

From its responsibility as a large company, Lidl is working more than ever to reinforce its commitment to Spain and to make a decisive contribution to the economic, employment and social development of the country in the current difficult context. In this sense, the company continues to generate wealth throughout the country thanks to the opening of new shops and logistics platforms, the creation of new quality jobs and the purchase of more national and regional products, promoting and internationalising the businesses of its suppliers. All of this while being close to the most vulnerable groups with projects that allow them to improve their lives, without ever renouncing sustainability as the main focus of its activity and always offering the cheapest shopping basket on the market to its customers.

Lidl is a food distribution chain that has been present for more than 25 years in Spain, where, thanks to the growing trust of its customers, it is already the third largest operator in the sector in terms of market share. Today, it has a network of more than 630 shops and 11 logistics platforms and a workforce of more than 17,000 employees. Lidl also works closely with some 850 national suppliers from which it buys product worth €5.2 billion annually, exporting more than half of it. Lidl Supermercados is the Spanish subsidiary of the German company Lidl Stiftung, itself part of the Schwarz Group, the world’s fourth largest food retailer. Currently, Lidl as a group is the leading supermarket chain in Europe and is present in some thirty countries around the world, with a structure of around 11,550 shops and more than 200 logistics centres and a workforce of more than 341,000 people.