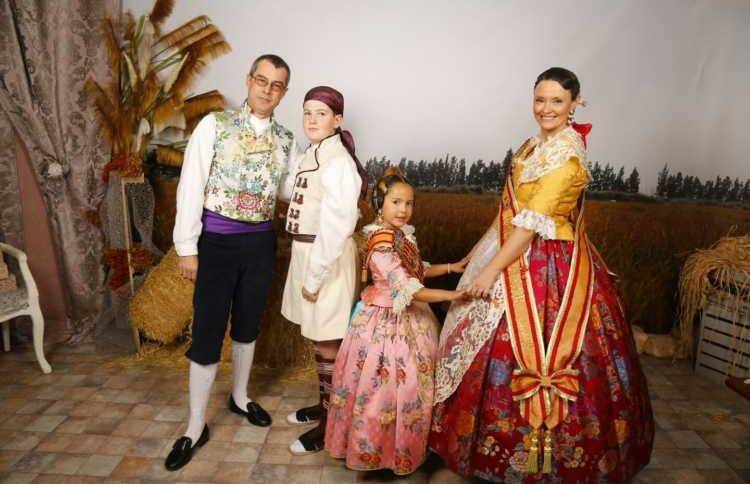 EXCLUSIVE INTERVIEW WITH A LOCAL FALLA 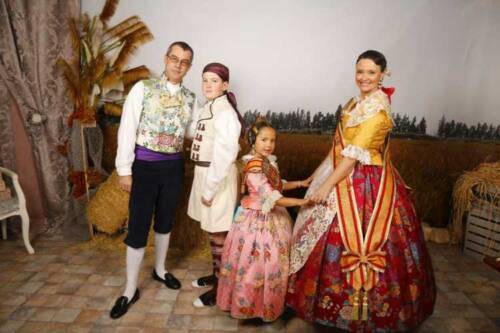 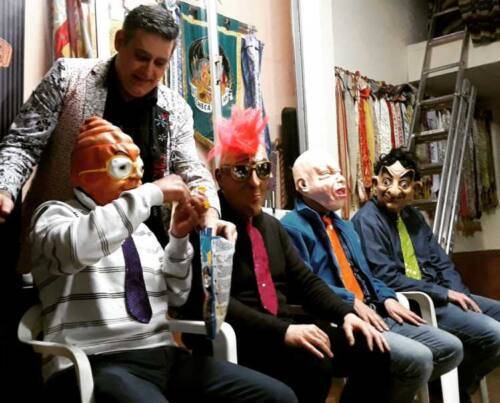 David Moratalla Pulido is the president of a small neighbourhood falla at Séneca-Poeta Mas i Ros in the city of Valencia. We asked him what the festival is like away from the giant fallas of the special section.

1. How and why did you become a fallero and eventually the president of the falla?

I joined the falla through a friend of mine who invited me over to the casal and I decided to join. I became president when I took over from the previous president who had been doing the job for three years.

2. Are all your family part of the falla?
Yes, the whole family are involved, my wife and my two sons are all falleros.

3. What does being president of a falla entail?
The president represents the falla at different public events and coordinates the activities of the different parts of the falla ( the secretary’s office, children’s section, lottery, festival events…) in order to hopefully make things run smoothly.

4. What kind of events have you got lined up at the Séneca-Poeta Mas i Ros falla?
As we approach the big week (12-20th March) there are more and more activities and events. We have fancy dress parades around the neighbourhood, a paella festival, open-air disco, dance competitions, barbecue, storytellers, children’s entertainment, mascletas, etc. We put a lot of enthusiasm and fun into all of this, it’s all about enjoying yourself.

5. What is different about being part of a smaller falla in comparison, for example, to the big fallas in the special section?
For the falleros themselves, in a small falla there’s a closer sense of community and togetherness, we all know each other there are less “cliques” than there might be in the bigger fallas.
For the general public, of course, the monuments and events in the big fallas, mostly due to the greater amounts of money they can spend, are more spectacular and attractive.

6. What are the biggest problems a president of a small falla faces?
The main problem is juggling the small amount of funds you have to spread around the many different expenses the falla has.
The fallas always seem to be real family affairs where all generations mix in and have fun together, would you say this was true?
It’s certainly true in our falla; everybody from the youngest to the oldest contributes towards making the festival work.

8. For you personally, what is the best part of fallas?
Without doubt, that would have to be the mascletas.

9. And which events at your falla do people most enjoy?
Each event has its own attraction. One event that is very popular amongst the falleros and the people of the neighbourhood is the paella festival. Going off to collect the ninot from the exhibition is a fun thing that everyone gets involved in and enjoys; you also have the more emotional events like the Ofrenda and the Cremá, which are really important to us.

10. How is the falla financed? Who pays for all this?
We are mainly financed by the quotas the falleros pay to be part of the falla and there are some municipal grants. We also get some contributions from local businesses in the neighbourhood who help out with the “llibret”, a sort of commemorative brochure, which each falla produces.

11. What goes through the president’s mind when he finally sees the monument all finished and set up in the middle of the street? Can you really 100 per cent enjoy the festival or do the “responsibilities of the job” get in the way?
Seeing the monuments set up is the culmination of a year’s work, at that moment what I am thinking and hoping is that the big week goes by without anything untoward happening. The responsibilities have an influence on how I experience the festival, of course, but I look to enjoy it as much as I possibly can.
Thank you very much, David & José for giving me the opportunity to tell you about how we experience the festival in the smaller fallas.
Felices Fallas!