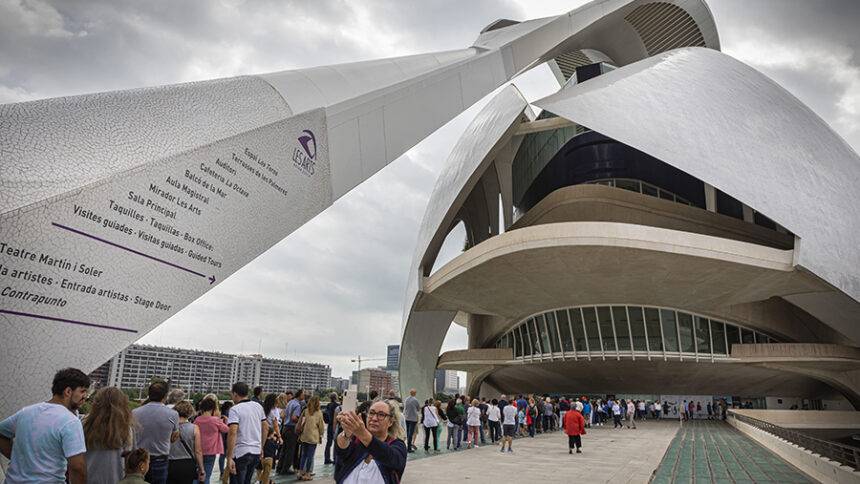 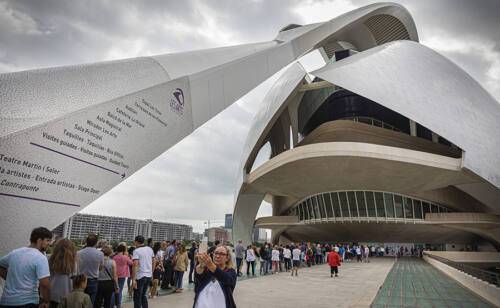 Palau de Les Arts: Les Arts starts the general sale of tickets for the 2019-2020 season this week. The online sale begins this Thursday at 6:00 p.m. From September 20th, the rest of the marketing channels will be open to the public. Les Arts also offers non-renewable subscriptions for  different programming blocks. The Palau de les Arts starts this Thursday, September 19, starting at 6:00 p.m., the general sale of tickets and non-renewable passes for the 2019-2020 season is via the website www.lesarts.com From Friday 20, the arts centre will also open all  marketing channels, the telephone sales line is 902 202 383 or tickets available via theatre’s own ticket offices.

24/7 Valencia: Can you tell us more about the sections for this season?

Palau de Les Arts: The programme includes sections like  Opera, Classical Music Concerts and Ballet in addition to Flamenco and ‘Altres Musiques’ productions. Discounts of this format vary between 10% and 35% of the ticket price, depending on the beneficiary. The new season represents a 30% increase in the activity of Les Arts aimed at the public with an ambitious proposal, which includes 47 opera and zarzuela performances, 19 dance performances, 6 ‘Lied’ recitals, 8 concerts, 4 Flamenco evenings  and two sessions dedicated to other music.

Under the heading ‘Les Arts és òpera’, the new season includes nine titles that embrace a wide repertoire, with a raid on the Baroque (‘Ariodante’), three works belonging to the classical era (‘Le nozze di Figaro’ and ‘ La finta giardiniera ‘, by Mozart, and’ Il tutore burlato ‘, by Martín y Soler), a Belcantist title (‘ Il viaggio a Reims’, by Rossini), a work by Verdi (‘Nabucco’), one belonging to French Romanticism (‘Faust’, by Gounod) and two operas of the 20th century (‘Elektra’, by Strauss, and ‘Les mamelles de Tirésias’).

The opening to new aesthetics is one of the main slogans, with the debut of directors who are distinguished by their trajectory and the modernity they express such as Robert Carsen (‘Elektra’), Richard Jones (‘Ariodante’) or Keith Warner (‘Faust’), in addition to the return of Damiano Michieletto (‘Il viaggio a Reims’).

In the pit, the public can enjoy a list of musical directors who are specialists in their repertoire: Andrea Marcon, the Baroque; Christopher Molds or William Christie, the classic; Marc Albrecht, Strauss music; Francesco Lanzilotta, the rossiniano repertoire; and Michel Plasson, the French romantic repertoire.

The Orchestra of the Valencian Community will work in the cycle ‘Les Arts és simfònic’, with some of the most prestigious directors of the circuit, who are debuting or returning to the Valencian Coliseum. James Gaffigan, Michele Mariotti, Gustavo Gimeno, Juanjo Mena, Ivor Bolton and Daniele Gatti will propose, in their respective appointments, varied programs, four of them with the participation of the Cor de la Generalitat.

With ‘Les Arts és Lied’, a new programming line is opened, a ‘Lied’ cycle, which marks the debut of some of the most acclaimed voices on the international scene: the tenor Piotr Beczała, the contractor Philippe Jaroussky, the baritone Simon Keenlyside or the soprano Ainhoa ​​Arteta, along with the return of Violeta Urmana.

For its part, Joyce DiDonato will be the star of another new proposal, ‘Les Arts és Grans Veus’, in which the ‘mezzosoprano’ offers a select baroque programme, a style that has elevated it to the Olympus of lyricism, accompanied by the orchestra Il Pomo d’Oro and the ascending director Maxim Emelyanychev.

The programme also devotes special attention to ‘Ballet’ in the ‘Les Arts és Dansa’ section, which brings together three prestigious groups: the National Dance Company, María Pagés Compañía and Ananda Dansa. The Main Hall and Teatre Martín i Soler will be the scene of the different proposals, ranging from flamenco to contemporary dance.

Likewise, the arts centre also continues with the sale of productions at popular prices, the opera ‘Le nozze di Figaro’, by Mozart, and the zarzuela ‘La tabernera del puerto’, by Sorozábal, in addition to the shows that make up ‘ Les Arts is Flamenco ‘and’ Les Arts is Altres Musiques’. 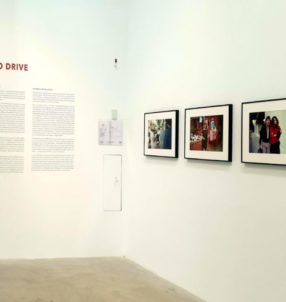