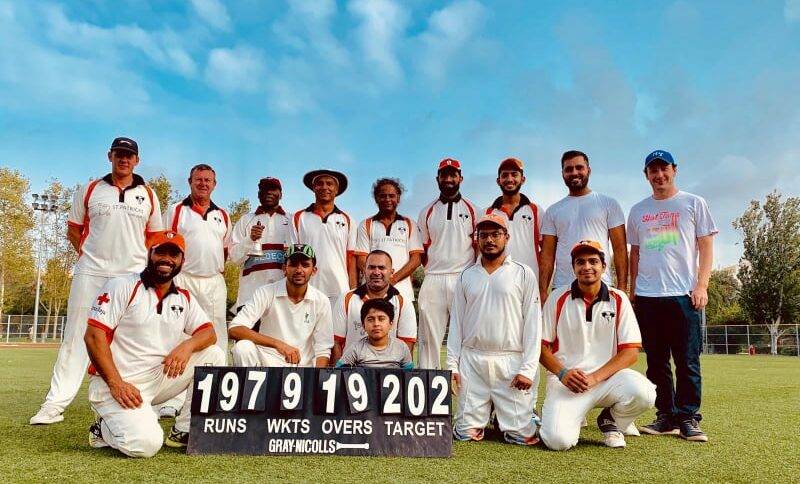 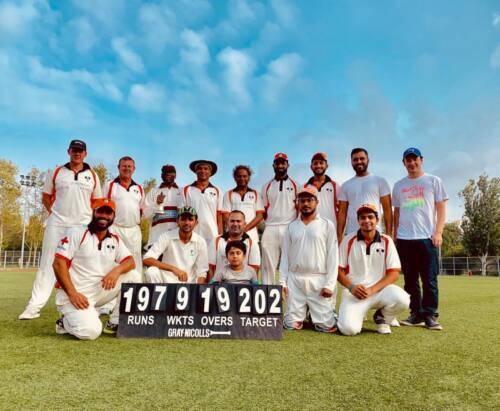 ##The ancient and magnificent game of cricket, beloved of English-Speaking Folk all over the world, has taken root in Valencia. Her fertile soil and benign climate has proved stimulating and supporting of the tender shoots that emerged in 2012 when a group of pioneering aficionados began to knock a ball about in any space large enough to accommodate them.

Now in its 9th year, Levante Cricket Club continues to share the municipal facilities (used also by the baseball and softball teams) in the riverbed park, just ‘upstream’ from the Torres de Serrano. Home league fixtures provide excellent weekend entertainment in the afternoon.

LCC continues to attract new playing members and is also open to all who have an interest in the game, including those unable to commit to an active role who would like to participate in the activities of the club as scorer, umpire or coach.

Many passers-by now can be heard correctly identifying the name of the game where, in years gone by, it was often thought to be croquet that was being played! Though there has as yet been only one adult Spaniard who has crossed inside the boundary fence, Levante CC has decided to take the game to the city that has given it succour. Coaching sessions for children are to be the first stage of an outreach project. The aim is to have a sufficient numbers of youth players to be able to meld a junior team to complement the first and second elevens.

For the present, the club members congregate every Wednesday evening at 20.00h for practice nets and training. They both welcome and encourage any and all interested persons who feel they might have what it takes to shatter the stumps of a hapless adversary or to send the ball soaring over the boundary with a well-timed heft of the willow. As the name of the club becomes enmeshed with the growing reputation of the city as a destination for pleasure and enjoyment seekers, so enquiries and requests from cricketing tourists increase and the social side of LCC assumes ever greater importance.

Making sure that visitors to Valencia find and enjoy the experience they are looking for has become a part of the raison d’etre of the club, one of which adds considerably to the fun that complements the serious business of sticking it to our league rivals!

If it sounds to you that membership of the LCC could be something that would add spice to your life, know that a warm welcome awaits all those who cross the threshold of the Valencia Cricket Ground. Once a part of this select band of brothers, the only limit to a player’s ambitions are those he sets himself; the Spanish national cricket team is made up of aspirants from all the world’s cricketing nations who have made this country their home.

Similarly, those who come to spectate are guaranteed a stimulating spectacle and the comforts of a well-run bar on the premises. Every effort will be made to persuade visitors to pick up a bat and to test their hand-eye coordination as a bowler, especially those of an age at which they might just prove to be the fabulously gifted all-rounder that every cricket club coach dreams might wander in off the street one lucky day! It could be you…

After heavy rain in Valencia, Saturday’s fixture against Madrid CC was cancelled due to unplayable conditions, a share of the points means Levante CC are ECCL Division 1 Champions for the first time in its History!

Dry weather and a light breeze on the Sunday provided perfect conditions for Levante CCs final matches in the T20 against Madrid CC and after some fine individual performances Levante managed to secure the victories to top the table. .

We would like to thank all those who have played, scored, umpired and supported the club since its foundation in 2012. We continue to search for suitable facilities to practice, host our matches and continue to develop the game in the Turia Capital.