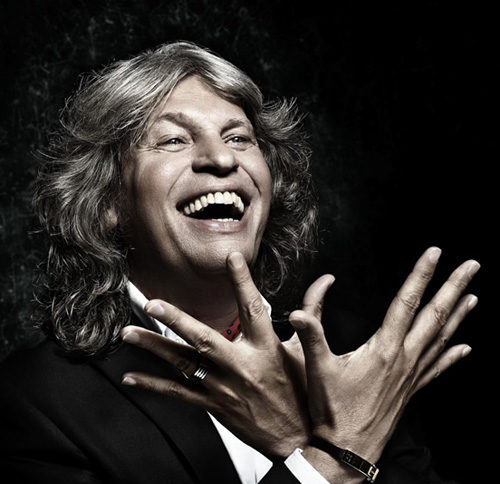 ##With a distinctive career of more than fifty years, a long list of recordings and numerous awards, the legendary gypsy singer José Mercé is an indisputable figure in the world of flamenco. Born in the “Barrio de Santiago” of Jerez and growing up in a flamenco family, he has cultivated the purest tradition of the genre but also enriched it with his own ideas. Indeed, on this live 2020 tour he has incorporated piano together with the guitar in a selection of classic malaguenyes, soleás, seguirillas and fandangos…

“ENTRE VEREA”, the new 2020 tour of José Mercé
José Mercé’s tour comes to Valencia in November 2020. ‘Entre Verea’ is a new show that promises to mark a milestone in the already long career of the Jerez-born cantaor. “Entre verea’ is a very Andalusian title, a title that evokes the road. It’s an expression that’s very much ours in Jerez and also has a certain flamenco colour to it as well”, says José Mercé, a maestro of music who received a Diamond Record from Universal Music for the sale of a million records throughout his career.

As is his custom, the first part of his concert will be dedicated to the purest genre of flamenco. In this section, it is worth noting that one of the highlights of the new tour is the incorporation of a piano that will be the protagonist in the first part of each concert along with the flamenco guitar. The fusion of the guitar with the piano accompanying the cantaor is one of José Mercé’s contributions to his new show.

Inspired by the work of the legendary pianist Arturo Pavón in the tablaos, Mercé has decided to incorporate a very special pianist into his show. Cuban José Ramón Mestre will be the one to accompany José Mercé on stage. Mestre is a musician who is already familiar to flamenco fans through his frequent collaborations in studio recordings and has also played on other occasions with Mercé. “Mestre has come with me on other occasions. The sounds he brings really touches me. He has something in the way of playing music that only people with his training get. He has a unique way of playing and transmitting the music too. It fits wonderfully with the themes i present in this show.”

Accompanying him will be the guitarist Antonio Higuero from Jerez, as has become customary in the tours of Mercé. “Antonio has a very ‘Jerezan’ and very flamenco touch. He is a musician who touches me, makes me feel and makes me sing”. In this first part of the show, it will be possible to listen to Mercé performing his most classical repertoire of flamenco palos.

The second part of the concert will be dedicated to the cantaor’s most popular repertoire. Alongside Mercé there will be two backing singers, two palmeros, and one percussionist, as well as the piano and guitar. This part of the concert will include songs such as Del amanecer, Aire, Te recuerdo Amanda, Al alba, some tangos and, for example, a bulería and some alegrías from his latest album with Tomatito. From the album with Tomatito, he will sing the joyous ‘En la salina’ and also the tango ‘Mundo de paz’ and a bulería called ‘María’. It will be a very varied show…

In this new stage of his career, José Mercé, without losing sight of flamenco… manages to renew his repertoire and the sound of his music. “The objective that I have set myself for this tour is the same as always: the main one, to enjoy myself and have fun, and that the public that comes along also has a good time.”