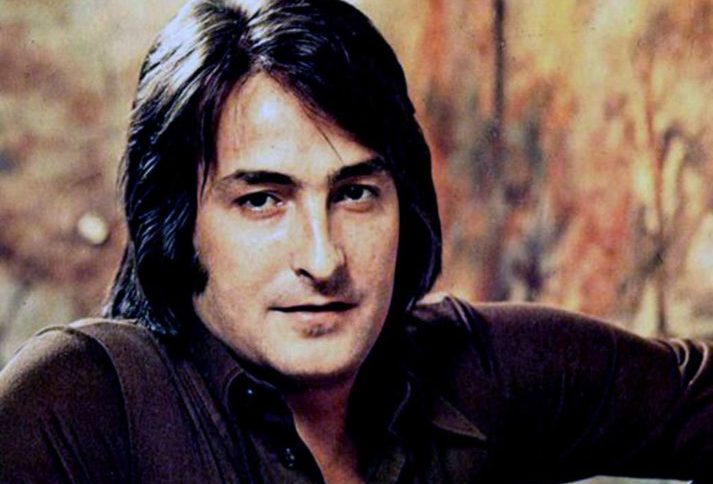 ##The Festival Nino Bravo in Aielo de Malferit is just one of more than 20 such festivals and conventions all over the Spanish speaking world. The small town near Onteniente and the birth place of this unique big voiced singer teems with hardcore fans from as far away as Chile and Australia…all coming to pay homage to Valencia’s true enduring pop icon and one of the most successful Spanish singers of the seventies.

Nino Bravo was born Luis Manuel Ferri Llopis on 3rd August, 1944. When he was just one years old, his family moved to Valencia as part of the widespread Spanish rural migration towards the industrial cities during the Forties and Fifties. He was brought up in the barrio around Calle de Visitación, parallel to Calle Sagunto. A statue now stands in a small park in the area. As a teenager in the late fifties and early sixties he founded local bands like Los Hispanicos and Los Superson, singing versions of hits by Cole Porter, the Platters and Domenico Modugno. The groups never achieved more than a certain local notoriety and eventually broke up. It wasn’t until he finished his Military Service in 1964, when he changed his name to ‘Nino Bravo’ that his career really took off. He began to tour the Verbenas and Fiestas all over the Valencian region and took part in the ‘Festival de la Canción de Barcelona’ with the song “No debo pensar en ti”.

With his national profile growing, and on the verge of the widespread fame he achieved in the 1970s he still, at this time, didn’t give up his day job as a salesman at a jeweller’s shop. This was typical of a man whose working-class fans always considered him as “one of us”. While certainly less politicised than many of the university-educated “cantautores” of the time, he was more representative of the average working Spanish man in the street and his aspirations and therein perhaps lies part of his enduring popularity. While the student hippies hiding from the “Grises” on the Madrid campus or on summer holiday in Ibiza may have been looking for something more cerebral, the average factory worker or bus driver just wanted the escapism of a Nino Bravo song. For many people it was pop, just as much as protest, which powered the transition to democracy.

People who were close to the man often talk about how he never turned his back on his roots and his lifelong friends. Personal friend of the singer, Paco Samper describes him as ” just a normal bloke with an incredible voice” who was never really impressed by fame and the screaming crowds. Mr Samper tells of how Bravo was fond of saying that “music calms the wild beast but it doesn’t seem to be the case with some of my fans”.

While his common touch and his image as the hard-working, perfect boyfriend for your daughter made him popular, it was of course that amazing multi-octave voice which set him apart. His powerful but controlled rock style crooning, somewhere between Tom Jones and Scott Walker, is explosive on record and must have been an unforgettable experience for those who saw him live. He wasn’t a writer but an interpreter of songs, whose distinctive style meant that his was the definitive version of every song he ever recorded. This is what cut through and powered his rise to international success, bringing him hits in more than twenty countries.

It was in 1970 when hit songwriter Augusto Algueró (a sort of Spanish 1970s Phil Spector) heard him perform and gave him a song he had originally written for Lola Flores “Te Quiero, Te Quiero”. It became a massive summer hit and even made the charts in Germany and France. A string of number ones followed between 1970 and 1972 (Noelia, Perdona, Mi Gran Amor, Esa Sera mi casa, Voy Buscando, Un beso y una flor and Mi Tierra). At a time when the whole of Spain had access to just two channels, he also cemented his position as a national household name participating in the weekly Saturday night TV show ‘Pasaporte a Dublín’.

In 1973 Bravo was at the height of his fame, he had just had a hit with one of his most emblematic songs “Libre” (later an inspiration to Spanish people during the transition period) and was looking forward to a bright future. He was planning amongst other things to record some Beatles and Leonard Cohen songs in an attempt to conquer more international markets, and there were also plans to set up a way of promoting Valencian acts through a Valencian company in order to move the focus away from Madrid. He was just starting to see some of the money he had made. He was a young man who could finally realise one of his teenage dreams of owning an expensive, high-performance car…

On the 16th of April 1973, Nino Bravo was driving to Madrid in order to promote the Valencian band “Humo”. The two members of the band and his manager were also in the car. Bravo lost control of his white BMW on a sudden curve on the N-III near Villarrubio in Cuenca. The car turned over two or three times. Seriously injured and miles away from the nearest hospital, Bravo was rushed to a nearby convent but was dead on arrival. He was 28. Bravo was survived by his wife and two daughters.

He left a lasting legacy. ”America” was an immediate posthumous hit and his recordings have been re-released and repackaged many times over. His songs are again in the public consciousness, having been used in a television adverts (to paraphrase the Clash, some people think it’s funny turning rebellion into money). Forty seven years on he is part and parcel of Valencian life and culture, every Valencian knows his songs, which you can hear sung anywhere from the local Verbena to the crowd at Mestalla (on the odd occasion when they actually sing). Not bad for “just a normal bloke with an incredible voice”.

Thank you very much to Paco Samper and Alberto Sales