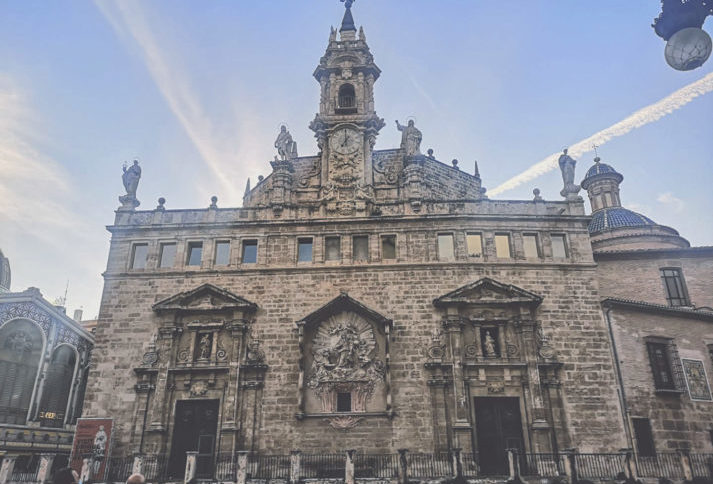 The Real Parroquia de los Santos Juanes, also known as the church of San Juan del Mercado (Església de Sant Joan del Mercat, in Valencian), is a church located in the city of Valencia, opposite the Lonja de la Seda, and next to the Central Market.

It has been listed as a National Historic and Artistic Monument since 21 February 1947.

Of Valencian Gothic origin, it was rebuilt in the 14th and 16th centuries due to fires. Its exterior was renovated in 1700.

On 19 July 1936, during the Civil War, it was damaged by fire and its effects are still visible.

In 2019, an agreement was signed between the Archbishop of Valencia and the Hortensia Herrero Foundation to complete the restoration work, which is scheduled to be completed in 2024.