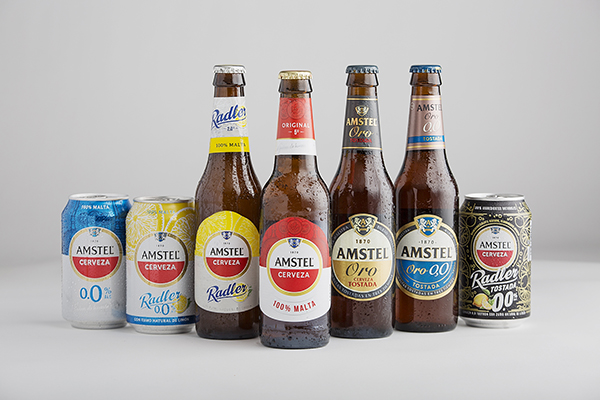 #Heineken Spain closes 2021 with a year in which it has contributed to boosting its trade by almost 190 million euros, 25% more than in the previous year

HEINEKEN Spain’s Valencian factory starts 2022 with a modernisation of facilities that allows it to be more flexible and sustainable.

The upgrade affects the packaging, processing and energy areas of the Valencian factory. It will mean a 20% increase in processing capacity and a speed increase of between 10 and 33% in the packaging lines, offering a more agile response to an increasingly less anticipated demand.

The renovation of facilities also has a sustainable aspect, as they allow for energy savings. A key line of work for the HEINEKEN Spain brewing family, which includes brands such as Amstel, Cruzcampo, El Águila and Heineken itself, among others.

The change in consumption habits resulting from the pandemic and the need to contribute to slowing down climate change are two challenges that Amstel’s Valencian factory is facing in 2022. To do so, it has planned a process of renovation of its facilities that affects the areas of packaging, processing and energy. The aim is to favour two key elements nowadays: flexibility and sustainability.

The facilities in Quart de Poblet of the HEINEKEN Spain brewery family, which includes Amstel, were inaugurated in the mid-1970s. Almost 50 years later, its activity has evolved a lot, adapting to the social context. Suffice  to say that water consumption has been reduced by 50% in the last decade and thermal energy consumption by 33%. In addition, all its products are now made with the power of the sun, thanks to the use of photovoltaic electricity.

This environmental awareness has been combined with the constant improvement of customer service and production capacity. A line of work that is more necessary than ever, since the anticipation of orders has been reduced. In the pandemic context, increasing the adaptability of processing and packaging lines allows for a faster and more efficient response to highly variable demand. And with this objective in mind, the company has started the year at its Valencian factory.

The modernisation of facilities will mean a 20% increase in processing capacity and an acceleration of between 10% and 33% in the packaging lines.

2022 begins with the replacement of installations in the brewery area that affect the beer filtration and stabilisation process in the centrifugation stage. For the total products, this means an increase in brewing capacity of around 20%. And it rises to 300% for cellar beer, a fresh and local product; given that HEINEKEN Spain is the only brewery of a major brand brewer in the region.

And in the area of energy, facilities affecting the fermentation process are being renovated. This means lower electricity consumption and greater flexibility to meet demand.

With the same philosophy, the improvement of the packaging area has been planned. In the coming months, several machines will be replaced in two lines that serve the Food channel. This modernisation of installations will increase the speed of the lines from 10 to 33%, depending on the products. In addition, the new pasteurisers will enable a 50% saving in the thermal energy required.

All of this is a sign of the commitment to the future of Amstel’s Valencian brewery, which is progressing to position itself as one of the best prepared to provide a more agile, ductile and efficient response to both the food and on-trade channels, being closer to consumers and taking care of the environment.

In 2021 HEINEKEN Spain has strengthened its commitment to the on-trade, helping to boost the sector with nearly 190 million euros, 25% more than in 2020, to help bars and restaurants across the country to strengthen the competitiveness of their businesses, inject liquidity and generate traffic.

As for the brewing family’s facilities in the region, the past year has been positive for the brewery in Quart de Poblet. And in such an unstable context, it has obtained excellent ratings in customer service audits. This is largely due to the increase in storage capacity during 2021 and the greater automation of the facilities, which have improved the time and level of response.

Another achievement has been to maintain the BRC Food Safety certification at level ‘AA’, achieved through the AENOR audit and in which it is a pioneer among the rest of the group’s factories in Spain.

On a technological level, the change of the entire control system in the brewery area has been a turning point. In 2021, the most modern software and hardware in the sector was implemented. This has enabled better monitoring of the production process, ensuring higher quality in the finished product, as has been endorsed by the tasting notes of the beers brewed at the Valencian brewery. It has also led to improved planning and efficiency of the human teams.

In the area of sustainability, 2021 has been a year of achievements for the Amstel brewery in Quart de Poblet.

On the one hand, it has moved to 100% use of photovoltaic electricity. And it has made progress in the energy efficiency ratio: between 5 and 10% for the use of thermal energy, electricity and water. It has also started up a biogas co-generator at its wastewater treatment plant, which has reduced the plant’s electricity consumption by 80% and reduced its carbon footprint by 170 tonnes per year.

On the other hand, it has managed to ensure that practically all the waste derived from the factory’s activity enters a circular economy system, an area that the brewery group is working on intensively and which has allowed it to enter the I and II Catalogue of Good Practices in Circular Economy drawn up by the Ministry for Ecological Transition and the Demographic Challenge in 2021.

In the case of the plastics and cardboard used in the packaging phase in Quart de Poblet, these are used for the manufacture of final packaging material, while the by-products (the bagasse extracted during brewing, after separating the husk from the malt grains, and the yeast that can no longer be used in brewing) are sent to Valencian farms for animal feed. Thus, almost 37,000 tonnes of barley malt and more than 5,000 tonnes of yeast found a new use in 2021. A work in line with the achievement of the ‘Zero waste regarding landfill’ certification, which it hopes to achieve in 2022.