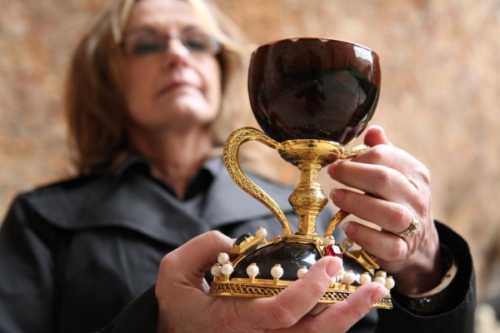 ##King Arthur, Percival, Lancelot and the other knights of the round table, Siegfried the crusader, Adolf Hitler, the freemasons, Monty Python and Indiana Jones all spent huge amounts of time and energy in search of the Holy Grail and its magic powers. Only Percival and Indy actually got to see it and, even then, only briefly. If only they’d bothered to consult the opening times of the Holy Grail chapel inside Valencia Cathedral as published in this very magazine they could have saved themselves a lot of trouble.

And now the powers that be want to make it even easier. With a view to attracting tourists to the city, there are proposals about making Valencia “the City of the Holy Grail” giving the “sacred vessel” a central role much the same as, say, the famous shroud in the Italian city of Turin. It’s possible that the Grail will be displayed in a floodlit glass case as a centre piece of the Cathedral with queues of pilgrims and tourists waiting to get that photo to post up on Facebook, which will certainly take away some of the mystique which has surrounded the Grail for more than 20 centuries.

The cup on show in the pretty little chapel hidden away in the corner, on the right as you enter the Cathedral in Valencia is claimed by many believers to be the true holy vessel used at the Last Supper. But is there any evidence as regards its “authenticity”? Unlike many other so-called relics (most of them artfully created in the middle Ages) the cup does indeed date back to the first century (or more exactly any time between the second century BC to the first Century AD) and tests have shown that it was probably made in Palestine. So, the time and place of origin are about right but what is it doing here housed just 20 yards away from where tourists are tucking into their overpriced paellas and Big Macs in the Plaza de la Reina?

Legend tells us that Saint Peter took the Grail to Rome where it was used by the first twenty-three Popes (presumably for performing religious mass and not for a late night tipple or for keeping their toothbrushes in). When Pope Sixto II was martyred by the Romans, Saint Lawrence sent the holy chalice to his parents in Huesca (northern Spain) for safekeeping. Saint Lawrence was unable to bring the cup to Spain in person as he was otherwise engaged being martyred himself on a huge barbecue built by his Roman tormentors, which I suppose some might call the “Holy Grill” but that’s another story.

The Grail stayed hidden in Huesca for the next 450 years, kept safe by a small group of believers, surviving religious persecutions, the fall of the Roman Empire, invasions from Goths and Visigoths and the pillage of Northern Spain by the gloriously named Childebert the Bastard, King of Paris. A lot can happen in 450 years and those weren’t easy times but things were about to get worse.

In 711 the Moors invaded Spain occupying most of the territory in just eight years. Bishop Acisclo and his trusted vicar Anderberto fled to the Pyrenees in search of a hiding place for the Grail but were caught by the Moor captain Muza and his men at the cave of Yebra. Bishop Acisclo was brutally murdered by the Moorish soldiers while his loyal servant Anderberto bravely ran away and hid in the cave managing to save the Grail, valiantly turning a deaf ear to his master’s desperate cries for help.

Anderberto took the Grail to the San Pedro de Siresa monastery in Huesca where it was kept hidden for three centuries. An asymmetrical star still marks the spot where it was stored in a wall cavity behind the main altar. After passing some time at Jaca cathedral, documented evidence shows that it arrived at the monastery of San Juan de la Peña in 1071. You couldn’t imagine a more fitting place for the Grail to be hidden away. Perched on the steep rocky slopes of the Pyrenees, up in the clouds towering above the thick forest that surrounds it and inhabited by an order of warrior monks (the Cluny) with no contact with the outside world, it’s straight out of Arthurian legend. Forgotten for 250 years during the dark ages, in which time the mounting and handles (made by Muslim artists from Córdoba) were added, the Grail was finally recovered by King Martin I (the humane) and was kept under the protection by various other nickname loving Aragon monarchs until it was finally taken to Valencia when King Alfonso V (the magnanimous) moved his court to the city in 1427.

Valencia’s isn’t the only Holy Grail around the world. One, said to have been brought by Joseph of Arimethea, is kept at Glastonbury. Another is the Santo Catino, brought to Genoa Cathedral from Jerusalem by the Crusaders; it’s more of a dish than a cup really, (the holy ice cream boat, perhaps?). All of them date back to the correct period and place and are made from the same semi-precious stone, red agate. Valencian believers say that their cup is the true Grail but bizarrely accept the others as being part of the same dinner service used at the last supper. Which makes you wonder how the man who lent the disciples his house for their dinner felt when he came home to find all his crockery had been pilfered, not to mention his table which is in Saint John of the Cross church in Rome. We suppose he wasn’t too surprised when all his guests were arrested the next day.

Since 1427, the cup has only left Valencia Cathedral on three occasions. In 1810, during the French invasion and the War of Independence. In 1936, when it was protected from the marauding Marxists for the duration of the civil war by the elderly spinster Miss Maria Sabina Suey in the living room of her country house in Carlet wrapped up in a newspaper. In November 1982, for the open air mass given by Pope John Paul II in the Alameda and the last time in July 2006, when Pope Benedict XVI came to Valencia.

In all this time it has only suffered one slight accident but with terrible consequences. At the Good Friday service of April 3 1774 Canon Vicente Frigola slipped and dropped the Holy chalice, which broke into pieces on the floor. Ooops! As quick as a flash, the Archbishop rushed through the horrified congregation and took the broken pieces in a gold box to the chapel of relics…only stopping to give an extremely stern glance in the direction of his subordinate. The Grail was repaired that same afternoon by the cathedral jewellers but the unfortunate butter-fingered priest; Father Frigola died that very night victim of a sudden, mysterious illness. One small piece of The Grail went missing and its whereabouts are still a mystery, which might be good material for the next Dan Brown novel or perhaps a Hollywood blockbuster.

This has all opened up a whole can of worms concerning the Grail’s ownership, claimed variously by the City council, the Catholic Church and the Spanish Crown. There has been talk about gaining Unesco World Heritage status for the relic. Something which is somewhat unlikely, considering the strictly non-denominational nature of the organisation and the level of proof required about the Grail’s “authenticity”.

The restored Grail is now there for all to see, still largely ignored in its unassuming little chapel in the Cathedral. If you feel like paying it a visit make sure you get the opening times right or you’ll end up as disappointed as King Arthur, Sir Galahad and Indiana Jones. 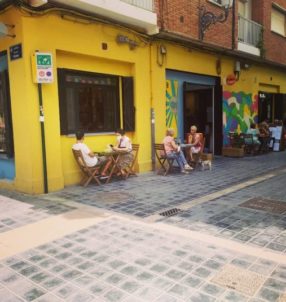