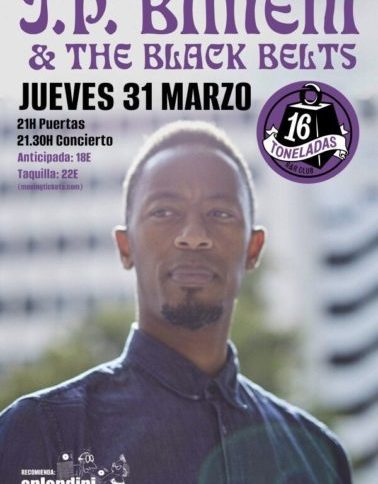 JP Bim-Nyi is a Burundian artist based in the UK. Burundi is an East African country with a bloody history and far less attention on the world stage than it deserves. Bim-Nyi is no stranger to violence, surviving the infamous Kibimba school massacre when he was 16 years old and just a few months later nearly losing his life a second time in a gang shooting that left him seriously injured. With the help of a scholarship from the Oxford-based Hugh Pilkington Charitable Trust, he moved to the UK to study and has lived there ever since. But he has not forgotten his homeland, and as time goes by, he tries to make sense of the society he grew up in, and music helps him to follow this path.

A self-taught musician, he has been part of a multitude of bands and projects since 2002. Mantilla Band in 2003; “Slow Me”, his first solo E.P., in 2008; the hit “Agahengwe” sung in his native language; the band Lostchild with whom he reached the semi-finals of the Emergenza Festival in 2010; solo concert for the 60th anniversary of Acnur in 2010; the rock-soul band Saints Patience; or the tribute to Otis Redding together with Jezebel Sextet.

All this brings us to The Black Belts, a band of 6 renowned musicians from the Madrid scene (Rodrigo Díaz on drums, Pablo Cano on bass, Fernando Vasco on guitar, Álex Lárraga on keys, and Ricardo Martínez and Rafael Díaz on trumpet and sax respectively) formed in the studios of TucXone Records, where they have shaped their debut “Free Me”, a work brimming with ‘swamp soul’. Guitars, keyboards, a horn section, and Bimeni’s enveloping voice, all ready to make you dance to rhythm’n’blues.