You are here: Home  /  Sports  /  BENIDORM IS THE VENUE FOR THE VIII SUMA LEAGUE REGATTA ON MARCH 27
Sports 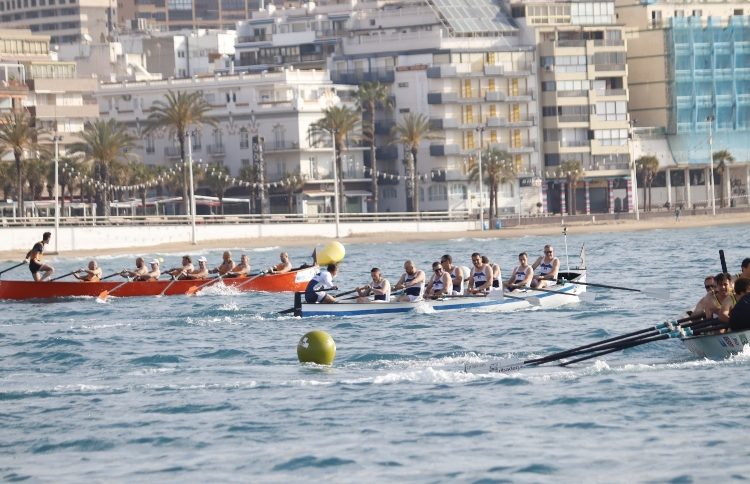 The League SUMA Fixed Bank SUMA Mediterranean reaches its decisive phase. Benidorm celebrates, next Sunday 27 March, the VIII Regatta of the eleven scheduled in this regional rowing competition organized by the Rowing Federation of the Valencian Community. More than 600 athletes belonging to nineteen different clubs of the Levantine coast will participate in the event, which is organized by the Club Náutico Benidorm in collaboration with the Federation. The teams will compete in the Mediterranean Llaüt modality.

The regatta will be held in a format of heats and the final classification will be established by time of arrival, once the corresponding compensation is applied if any. The race course will be located in front of the Benidorm Yacht Club facilities and the public will be able to watch the spectacle from various points such as the Paseo de Colón, the Cala del Mas Pas beach and the famous Balcón del Mediterráneo viewpoint.

The race starts at 9am with the start of the veteran teams, which make up the category with more participation. A total of 27 boats, male and female, will start the race with eight races, four of each sex. The veterans, as well as the cadets and the representatives of SCM (people who have survived breast cancer), will cover 700 metres and complete a tack. Next, ten cadet teams, including one mixed team at promotion level, and one SCM representative will cover the 11am to 12am time slot.

The juniors and seniors raise the level of demand with a 1,400 metre course and three tacks. In the youth group, eight teams will compete, four of each gender, and from 13:00h onwards, six teams from the Mixed Gender Promotion category are scheduled to start. The regatta closes with the race of the absolute representatives, eight female and ten male. Eight races will round off an exciting day of rowing.