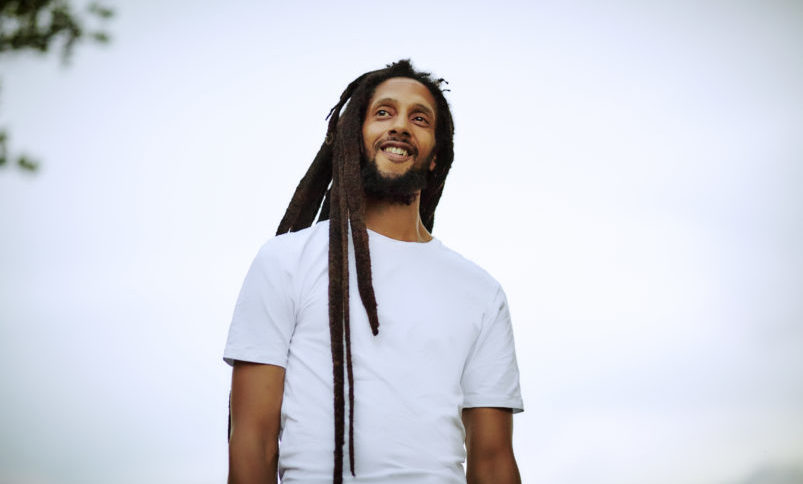 After two years of absence due to the health situation, the Rototom Sunsplash is on again from the 16th to the 22nd of August at the Benicàssim festival site. This year,  ‘Rototom Sunsplash’ festival will present  the reggae of Julian Marley, the only son of Bob Marley born in Great Britain. However, the boy frequently visited his brothers Ziggy, Stephen, Damian and Kymani on the island of Jamaica, where he later settled. From an early age, Julian showed a flair for music and learned to play bass, drums, guitar and keyboards. After listening to and learning the reggae classics, Julian Marley began his discography with Lion in the Morning (1996). He has also released the albums A Time & Place (2003), Awake (2009) and As I Am (2019). The last two albums were nominated for Grammy Awards. Together with his brothers, he works with the Ghetto Youths Foundation on projects to help people in need.

JULIAN MARLEY: Well, the album ‘As I Am’ is a blend of different kinds of genres of music. I’m representing who I am. Our message on this album is to uplift the people. We have lots of different songs like ‘Straighter Roads’, which is an empowering song about having faith and to keep on moving forward. Also, you  have the song ‘Broken Sail.’ So, the album is basically a blend of different sounds and energies that was put together, musically.  The album is called ‘As I Am’ because all of the songs are inspirations that come from within.

What is reggae, in your experience?

Reggae is a vehicle that we use to carry the strongest message on the face of this earth, which is love… and unity and justice and equality. Reggae is against anything that is not righteous and upful. It’s a music for the people. So, it’s a very serious type of music. When we say ‘REGGAE’…it means a lot.

How does living in Jamaica differ to living in England?

Well, Jamaica and England differs big time. The sunshine’s very hot in Jamaica and it is cold in England in the winter and in Jamaica it is summer. The music? There’s a lot of Jamaican culture in England and happenings in England that give you a Jamaican kind of feel… being that there’s a lot of Caribbean people living over there. But for me, I’ve been travelling for so long… now I’ve got a ‘likkle’ bit of India, a bit of China, a bit of Japan! I’m mixed up with the music by travelling so long! (Laughs). Yeah, the culture is there in both places but Jamaica is the base.

Haile Selassie visited Valencia in 1971. What is his universal message?

Haile Selassie’s message in Valencia and everywhere is peace amongst mankind and equality…about living and progressing oneself  and to be able to unify the whole world, which I know is his Majesty’s aim. It’s to bring about this awareness of this peace and unity that we need in life.

Right now, there’s so much happening in the world  and we don’t really anybody making big moves. His Majesty made the biggest move to bring about unity. Firstly, amongst Africans and then European  countries and then America because he travelled everywhere to uplift his people… and we are his people…it all goes back to Ethiopia. It’s a very powerful message. It’s mainly about unity but also to build a better world, really.

What are your best memories of your father, Bob Marley?

Well, I don’t have much memories about my father. I just remember going to a concert in 1980 in Crystal Palace, London, England. I remember going backstage and running around and shook his hand. I don’t remember how long it was but for me it was like a brief second and then I ran off and then I never saw him again… on this earth.

Will Babylon be defeated?

You have travelled the world with your music. What wisdom have you gained from these experiences?