You are here: Home  /  BOOKS  /  JASON WEBSTER HAS A NEW ‘BOOK OF DUENDE’ OUT! (EXCLUSIVE INTERVIEW)
BOOKS 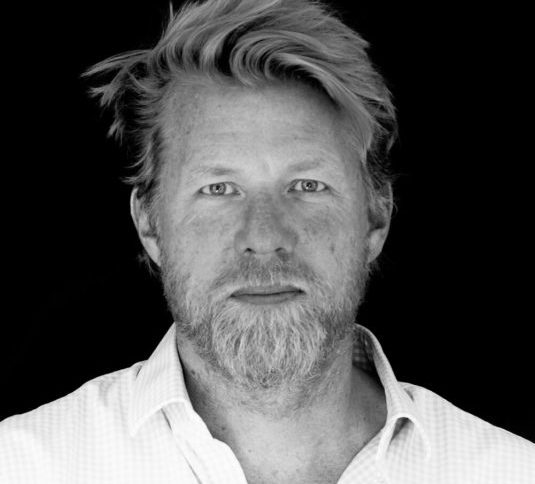 JASON WEBSTER HAS A NEW ‘BOOK OF DUENDE’ OUT! (EXCLUSIVE INTERVIEW)

24/7 VALENCIA:What is your view of the political stalemate in Spain in recent years?

JASON WEBSTER: This feels like a transitionary phase in many ways. My hope was that the elections would usher in a new generation of politicians and help sweep away the old guard – of both persuasions. That only happened partially, and so now we are in an almost Italian-style tangle, with everyone jostling for position, their eyes focussed on winning votes at future elections. In this kind of environment political groupings can disappear overnight if they play their hand wrong (look at UPyD and what has almost happened to IU), so everyone seems to be concerned far more about their own survival than the greater interests of the country. Perhaps a more important question is how things might develop politically if there is a renewed economic slump, as some are predicting. My fear is that extremist views would become increasingly popular.

Does this tie in with your novel, ‘A Body in Barcelona’?

Spain is currently facing multiple existential crises, not least of which is the Catalan situation. This is the backdrop to A BODY IN BARCELONA. Catalonia appears to be edging ever closer to some kind of break with Madrid. I no longer see it as a question of ‘if’ but ‘when’. Given that, I wanted to explore how certain sectors of Spanish society might behave in such a scenario, what the reaction to Catalan independence moves might be within, for example, the military. The novel begins with my detective Max Cámara investigating the murder of a young boy in the Huerta just north of Valencia, but the story quickly expands to other parts of the country, with episodes in Ceuta and ultimately in Barcelona, and an explosive finale inside the Sagrada Familia.

Could you tell us in detail about your detective book set in Valencia, ‘Blood Med’?

It is part of the Chief Inspector Max Cámara series, and it takes a hard look at the economic crisis in Spain and the powerful effect it is having on society. Hospitals are understaffed and running out of money, while food banks have sprung up at various places in Valencia, most notably in a stretch of the unfinished Metro line near the centre. Max is involved in two cases, one involving the murder of an American blogger married to a Valencian man, and as it unravels, he exposes some of the high-level corruption that has done so much to bring the city to its knees.

Please tell us something about your e-book, ‘Spanish Ways: Exploration of an enchanted land’…

It’s a collection of essays, articles and short stories about or set in Spain. Most have appeared before in various newspapers and magazines, but I wanted to put them together, as much as anything else out of curiosity. I’ve been writing about Spain in one form or another for over 20 years, so I wanted to see if my views about the country had changed in any way. What I noticed was that although my interests widened and deepened over time – exploring, for example, the Spanish Civil War, the legacy of the Moors, the finer points of paella-making or traditional folklore and legend – the essence of my initial attraction to Spain remained constant, like some bright star. Spain has a subtle, resonant poetic power that speaks to something within me yet which can perhaps never be clearly delineated or defined. Every aspect of the country that I have explored feels like a small patch or section of something much greater, like tiny squares in a mosaic. If you put them together it may be possible to intuit something of the ‘whole’ of which they are mere ‘parts’.

Is digital the future regarding publishing and can the printed book survive?

Yes, the printed book can and will survive. I know more and more people who are ditching their ebook readers and going back to proper books. Personally I’ve stuck with the printed word all along, despite having published a couple of ebooks now. This is not an article of faith or a ‘position’ I’m taking, simply an observation that screens are ubiquitous today, filling our world and minds with fairly low-quality noise. Books provide oases where we can find some degree of silence; they have the ability to produce a space within us where we can begin to hear our own inner, quieter voices – the ones that tend to get drowned out in all the hullabaloo. Which is probably why novels, particularly, are tending to get longer these days. Paradoxically, I find the more I turn screens off the more aware I am of what’s really going on in the world. As a catchphrase you might express the idea as: ‘Switch off and tune in.’

Can you tell us about your book, ‘Violencia’ – A New History of Spain’?

Deep fault lines are appearing in Spain: extremist groups are on the rise, a region on the fringe pushes for independence. But the country’s history shows this is nothing new. After centuries locked in bloody civil war, can democracy ever work? ‘Violencia’ tells the story of Spain from its origins to the present day, drawing on rich anecdote and decades of research to uncover its genius both for cruelty and enlightened thought. It shows how Spanish history is in danger of repeating itself and argues that the country has long predicted developments in the West.

Spanish history is rarely seen as a whole, not least by the Spanish themselves. Yet viewed in its entirety patterns emerge from the Moors to the Conquest of the Americas and the Spanish Civil War: every century has seen violent internal conflict, while the only form of government which has united the country has been violent authoritarianism.

Spain is often overlooked by her neighbours, yet events there have presaged developments elsewhere for centuries, from the Crusades to Western colonialism, the Second World War, the Cold War, and the Occupy movement. Spanish history has produced brilliant lights which have shaped the world. Western culture – from rational thought to the Renaissance and the birth of the novel – would be unrecognisable without the country’s influence. But Spain is a Cassandra, doomed to foresee the future while those around her remain blind to her talents.

Is Spain about to replay its past by resolving its current problems through violence? Or can it find another way? Only with Troy’s destruction was Cassandra proved right. When will the West start listening to Spain’s message about what may soon come to pass elsewhere?

Describe your book, ‘The Art of Flamenco’…

‘The Art of Flamenco’ revisits the subject which inspired my first book: duende, the mysterious yet essential power which lies at the heart of Spain’s most iconic musical expression. Moved by the flamenco dance performances of my wife, Salud, this book combines articles, essays, photographs, excerpts, and new translations of poetry by Federico García Lorca in an exploration of this real yet indefinable quality. This book continues my personal examination of a country that has been my passion for over thirty years, drawing on a wealth of writings and materials built up over that time. Impressionistic and multi-faceted, it delves deep into the enigmatic force which drives flamenco music and dance.

How have you and your Spanish family adapted to life in England after life in Valencia?

We still maintain a property near Valencia and spend time in the area, so I don’t consider myself to have left the city, really. It also works fine when we spend time in England.

What is your connection to Pink Floyd?

The late Rick Wright, the keyboardist of Pink Floyd, was an intimate friend of my family and we would listen to Pink Floyd at home a lot.

Could you tell us about your experience on Spanish radio?

I was delighted to be a guest on Spanish National Radio’s equivalent of Desert Island Discs.

You can listen to the show via this link: https://www.rtve.es/alacarta/audios/biofonias/jason-webster-hispanista-musica-favorita/5820954/

‘The Book of Duende’  (2022) is Jason Webster’s very latest book, which is a return to one of his favourite subjects. Associated with the world of Flamenco, Webster describes ‘duende’ as “…something disturbing and magnificent that seems to stir in your blood, and you have the feeling… of the existence of worlds beyond worlds.” 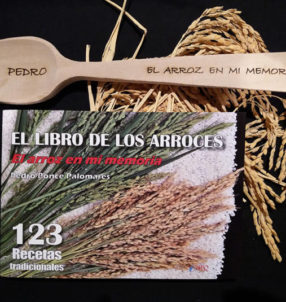