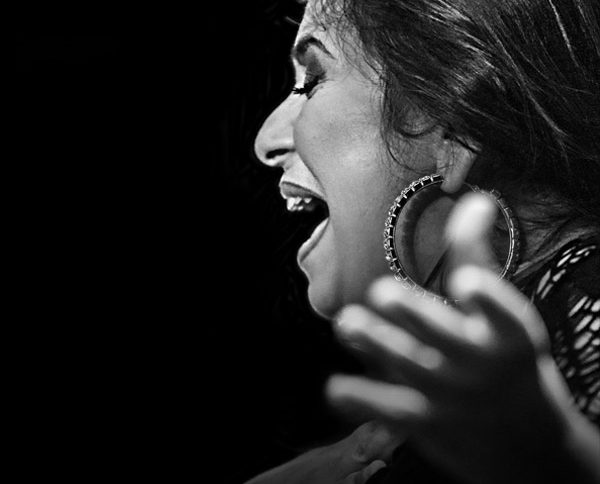 ##24/7 VALENCIA: 1. Can you tell us something about your upbringing?

MONTSE CORTÉS:: I was born in Barcelona in 1972 and by the age of 14 I was singing flamenco in ‘Tablao Flamenco Cordobes,’ near La Rambla and later in the ‘Tablao de Carmen.’

I travelled to Madrid in 1995, when i was invited to work with Antonio Canales in flamenco shows & productions. It was in the capital of Spain that I became a professional singer and started playing in venues like ‘Café Berlin.’

2. What is flamenco for you?
For me, it is a way of letting off steam. It’s a form of expressing myself in the truest sense that I know.

3. What does God mean to you?
God is my driving force and my purpose.

4. What was your experience of working with the internationally renowned dancer Joaquin Cortés? It was a good experience to be working with a very talented individual. His troupe included many great artists too. I remember that we toured all over Germany and we played in England at the impressive ‘Royal Albert Hall’ in London, which was made into a film for DVD.

5. A good few years ago, some of the ‘24/7 Valencia’ team saw you play with legendary guitarist Paco de Lucia in Valencia and it was a magical concert. What are your memories of playing with Paco de Lucia?
¡Buenissima! In truth, I was very nervous and anxious when I started to play with him on tour and in the studio… given his greatness and legendary status… but he helped me to really settle on stage.

Paco de Lucia was a very special person in many ways. To be so gifted and yet so modest & humble at the same time made it a joy to work with him. We got to play the best venues too! I remember a very memorable tour of the United States where we played cities like San Francisco, Los Angeles, Miami, Chicago, Boston and more.

Despite his fame and recognition, I feel that Paco de Lucia’s humility came from the knowledge that the music he made was coming from a heavenly source… and that he knew he was just the medium. He really was a pioneer.

6. What was your experience of playing with ‘Tomatito’?
Very good. With the great talent that ‘Tomatito’ has as a guitarist, you are always learning something new. My association goes back with him a good number of years in terms of recording and playing live. For example, he played on the track ‘Las Alfareras’ on my album ‘La Rosa Blanca.’

7. Music maker extraordinaire Javier Limón was the co-producer & muti-instrumentalist on that album. Can you tell us more about him?
I got to know him long before I recorded with him, as I became friends with his wife when I moved to live in Madrid and we lived in the same barrio. So, it was like a neighbourly friendship before we started making music together and the collaboration is still going to this day. Javier Limón produced and played on ‘La Rosa Blanca’ which I feel is perhaps my most representative album… and the one I most identify with.

In recent months, I have already released two singles produced by Javier Limón. They are ‘Somos Gitanos’ & ‘Palpitando.’ The plan will probably be to release an album of our most recent recordings later in the year. It will be a mixture of traditional flamenco but will also have some fusion elements. Javier is also working at Berklee College of Music in Boston, so he’s always learning something new about music!

8. Can you tell us more about your musical influences?

My greatest influence is Camarón de La Isla, as he really awoke something in me and opened my heart… and created a love of Flamenco that has remained with me. Actually, my mother was friends with his widowed mother in San Fernando (Cádiz). Camarón’s mother had to struggle bringing up her family as her husband passed away before his time…and she had a lot of children too.

When my family moved to live in Barcelona, we would go and see Camarón sing in the ‘Tablao Cordobes’ when he visited the Catalan capital and the family would hang out with him and his entourage after the show. I was just 2 years old when i first met him.

Years later, my brother escorted me to Camarón’s dressing room when I was eleven years old at a flamenco show at ‘Teatre Grec’ in Barcelona. “My, Montse, you really have grown up so much since I last saw you!”, he exclaimed with laughter and surprise.

Regarding flamenco, other important influences would include Tomás Pavón and Pepe Pinto. I like so many types of music. For example, I love Black Music and I would include artists like Whitney Houston and Jennifer Hudson.

9. What can we expect of your show in Valencia on March 23rd?
I will be singing, accompanied by a guitarist. The plan for the first part of the show is to have traditional flamenco. The second part of the show will be more of a fusion, which represents some of my recent work in the studio…

See you all in Valencia!

PANORAMA FLAMENCO: “Montse Cortés, known as ‘La perla de La Mina,’ is idolised by her colleagues in the world of flamenco. For a long time she has been the most sought-after singing voice for dance, a key part of Antonio Canales’ shows. She has recorded two solo albums. Her lauded album, ‘La rosa blanca’, was produced by Javier Limón. Montse Cortés has also collaborated on countless important albums by other flamenco figures, including ‘Cositas buenas’ by Paco de Lucía.

Her voice can also be heard in Juan Habichuela’s album ‘De la Zambra al Duende’, in a wonderful soleá por bulerías, in Miguel Poveda’s album ‘Suena Flamenco’, performing a rumba, and in Viejín’s work she has let us appreciate her more Camarón-like nuances in soleá, tangos and fandangos in ‘Algo que Decir’. She has also been backing vocalist for important figures such as Manzanita, Tijeritas and El Califa.” 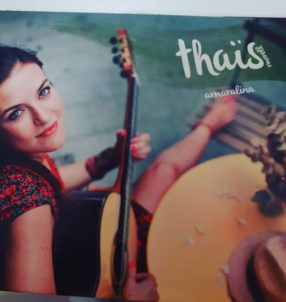