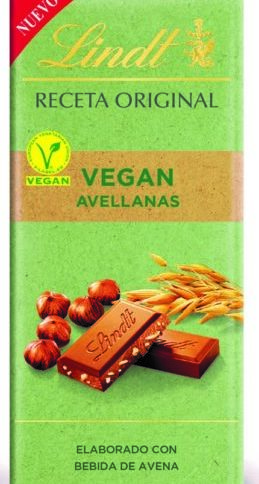 For the World Veganism Day event on the First of November, Lindt & Sprüngili have launched their first line of vegan chocolate bars. Looking to respond to the ever growing demand for vegan products, Lindt’s Master Chocolatiers have risen to the challenge with these latest creations.

The new vegan line is a reinvention of the original chocolate with dairy milk, and realised using hazelnut milk and almond paste to offer an option to those who prefer a vegan alternative but want to continue indulging in Lindt chocolates.

During the production process of “Lindt Original Vegan Recipe” Lindt’s Master Chocolatiers tried to ensure that its customers would still have the same Lindt taste, despite the radical altering of the essential ingredients. According to these storied chocolatiers, “The production of the vegan chocolate bars is much more complicated than the usual process. We have worked for a long time to deliver chocolate lovers the best alternative to the original recipe, and the result is incredible.”

“Lindt Original Vegan Recipe” will be available from various shops from the First of November: World Veganism Day.

Lindt & Sprüngli has been delighting the world with chocolate for more than 175 years. The traditional Swiss company, which has its roots in Zurich and came to Spain in 1981, is a world leader in the premium chocolate sector. Today, Lindt & Sprüngli produces high-quality chocolates in its 12 factories in Europe and the United States. Its products are sold through 32 subsidiaries and regional offices, in more than 500 of its own shops, as well as through a network of more than 100 independent distributors worldwide. With more than 14,000 employees, the Lindt & Sprüngli Group posted sales of CHF 4.59 billion in 2021.

Lindt & Sprüngli began its journey in Spain in 1981, with the opening of its first headquarters in Álava. In 1987, the company decided to move its corporate headquarters to the city of Barcelona, where it remains today. In 2020, the company also opened its own distribution offices in Portugal.