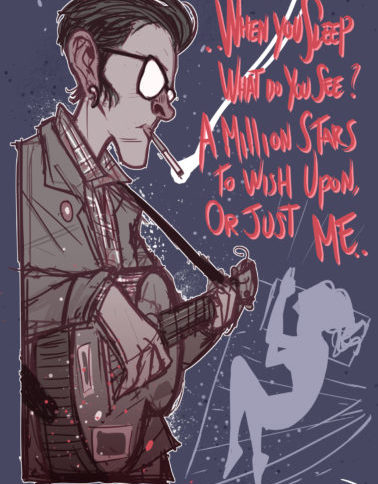 ##There are many places where you can enjoy live music in Valencia, but none like ‘16 Toneladas Rock Club’.

Opened just seven years ago, it is located on Calle Ricardo Mico nº3, next to the main bus station of Valencia.

The sala has become, in a short time, one of the biggest and best temples of live music in the capital. Valencian nightlife has long needed a venue with its unique characteristics, and since its opening it has become a mandatory stop for both lovers of good music and those who want to enjoy a good party to sing and dance, without a break, until late…

Their stage has witnessed the best national and international groups, like Marah, Gun, Mike Farris, The Fleshtones, Junkyard, The Drones or Micah. P. Hinson, artists who do not hesitate to choose this venue as one of the places in which to play live gigs during their tours in Spain.

With an incredible sound like you’ve never heard before, and only ten minutes walk from the Carmen neighborhood, inside you can enjoy from 23:00h to 06:30h the following morning, the best rock, garage or Soul & the most avant-garde rhythms, from classic rock’n’roll from the 50s to the most current sounds going…

The venue offers concerts every Friday and Saturday, so you can enjoy a good dinner according to our particular Mediterranean sense of time, and burn up your energy to then dance all night. Good taste and quality music are the premises that govern the musical programming of this venue, where eclecticism rules: Rock, pop, blues, indie, soul, ska, reggae … all kinds of styles for all kinds of pleasures. You just have to have the desire to dance, sing and have fun, and we are up for the challenge.

After the live performances, the DJ sessions begin until closing time. Sessions that have been carried out with names such as Luis Torino, Jello Biafra (Dead Kennedys), Diego RJ, Juan Of Pablos and a long etcetera of great names of the world music panorama, that will make you burn the sole of your shoes with classics that go from Wilson Pickett to Arctic Monkeys to AC / DC. In addition, during the week you can also enjoy performances at an earlier time, as you can see in the programming of its website: www.16toneladas.com, and if all this was not enough, the room also programmes concerts at 4:00am, which no other venue in Valencia does today.

This is ‘16 Toneladas’, the place where good music, fun and the party never stop, where cool drinks are waiting for you and the nights get hot until they melt. Believe us, you will not have enjoyed a real night out in Valencia until you’ve crossed paths with this very special venue. What are you waiting for?

24/7 VALENCIA: Could you tell us more about Micah P. Hinson?

16 TONELADAS: “It has been said that Micah P. Hinson is the Leonard Cohen of indie music. He has risen from the status of absolute unknown to that of a fashionable emerging figure (with his first album), from there to that of cult icon (with the second), then to that of consolidated artist (with the third, from 2008) and, finally, to that of star with all honours (since then). He has transcended the limits of the alternative scene -without losing his emblematic aura in that world- to easily penetrate the mainstream, receptive to anomalies. A native of Memphis but a resident of Abilene (Texas) from an early age, he moves through the heritage of classic folk-rock and sifts it with his generation’s way of understanding anguish and calm. His biography is full of non-transferable episodes and has been written from the wild side of American adolescence, dotted with prison stays and difficult relationships with drugs, love and health. From there emanates the cathartic character of his compositions, which have absorbed the pain he endured to rehabilitate himself and leave it behind and, from 2008, the tranquillity of someone who has overcome so much. This is also the source of the redemptive component of his live performances.”

Doors open at 21h for each concert by Micah P. Hinson